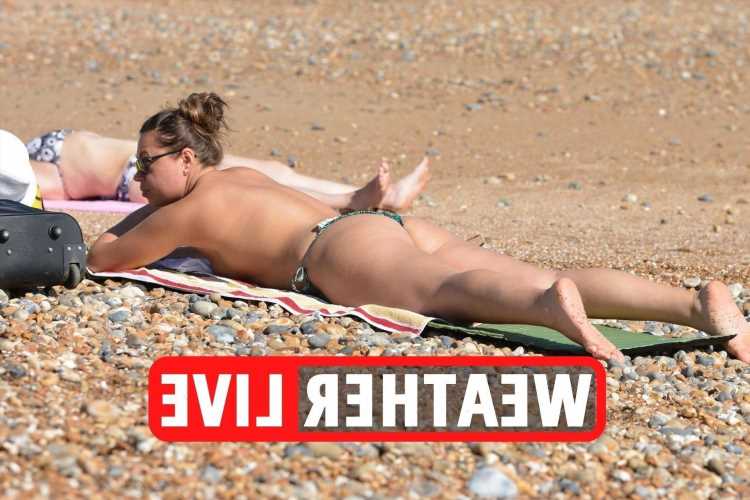 BRITS look set to be hit by a mid-May heatwave with temperatures reaching 23C in the south, according to the Met Office.

Temperatures will start to heat up from today with experts predicting the mercury will hit the low twenties buy the weekend, with plenty of warm air and sunshine forecast.

Thursday has seen balmy minimum temperatures of 18C, before hitting highs of 22C in time for the weekend – with London and the south-east to see the best of the warm weather.

Forecasters have predicted more warm weather stints in the second half of May, with hot spells also likely to bake Britain in June

A "Spanish sizzler" blowing in from the continent in the week of the Queen's Platinum Jubilee from June 2 to 5, when Her Majesty will mark 70 years on the throne.

The Met Office's long-range outlook over the period states: "Chances of hot weather and heatwaves are increased compared to average, especially later in the period.

"There is an increase in the likelihood of warmer-than-average conditions over the three months."