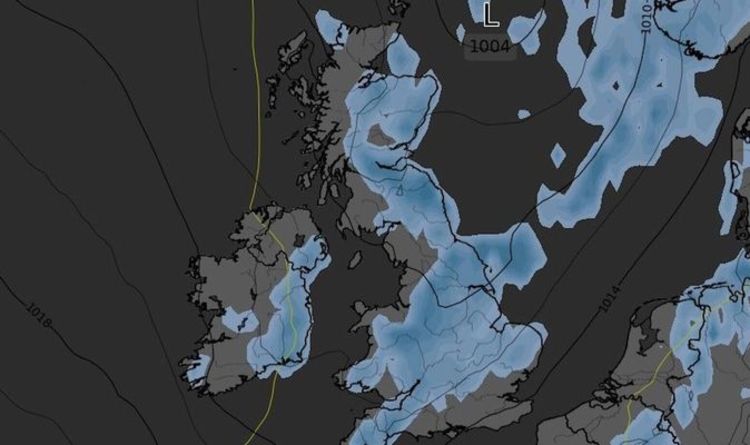 UK weather forecasts have lost their intensity for the time being, but they remain less than stellar. The skies have noticeably remained dark as the country nears midsummer. Rain radars show weather systems have not spared many corners of the country and won’t leave in a rush.

The latest rain radars show bands of rain passing over the country, concentrated in southern England, Wales, the Midlands and Scotland.

The most intense patches have descended on the southwest, where a broad arc of rain stretches from Plymouth to Oxford.

Another band of rain has formed over the west coast, starting with Bangor in Wales.

From there, it drifts east in patches of varying intensity, with the worst around Sheffield and Kingston upon Hull to the west coast.

The Met Office has not marked any of these places as at risk, but it has rung alarm bells for the Environment Agency.

Officials with the agency have released two weather warnings for areas around London.

People living around these waterways should prepare for the worst by keeping track of the flood warnings, finding potential avenues for evacuation, and gathering vital documents or medication.

Other regions will see heavy rain but without any significant chances of flooding.

The Met Office believes the trend in all of these areas will likely continue into the week to come.

The organisation’s latest long-range forecast states people would see a “continuation of showers” between July 11 and 20.

Some showers during this time will pelt the country with “heavy and widespread” rainfall.

The forecast adds the weather should then start to settle, with a “good deal” of drier weather and some sunshine.

People could even enjoy “warmer than average” temperatures towards July 10.

However, the south is more likely to see the best of the weather.

The northwest will see the bulk of remaining gloom as the country approaches August.

The forecast concludes: “The occasional spell of rain and unsettled weather are still possible, particularly over northwestern areas.

“However, most of the UK could see fine and dry conditions with slight showers at times for some.

“Temperatures are likely to be around average in the northwest and above-average elsewhere, whilst south and southeastern areas could see conditions feeling very warm.”