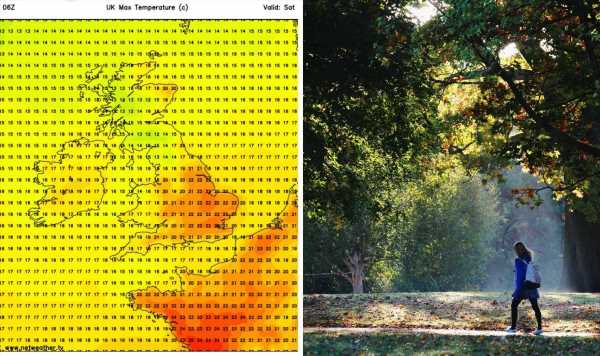 The warm weather is to make a return in the coming weeks, with forecasters indicating above-average temperatures in the Midlands and South of England. It comes as Britons experienced downpours with thunder and lightning in recent days. This was welcome following a drought across regions.

July was said to be driest since 1935 with only a measly 23.1mm falling across the entire month.

But it appears the warm weather is not over yet as temperatures continue to be higher than normal this month.

Netweather maps show temperatures reaching up to 22C in London on September 17.

Temperatures in the East Midlands and South East are also forecast to hit 22C. 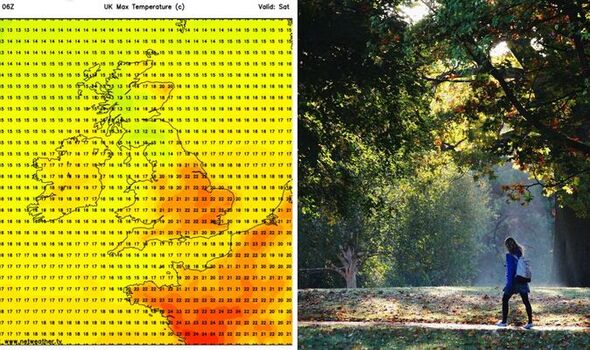 The West Midlands and South West is expected to see temperatures of between 19C and 21C.

The Met Office has said England experienced its hottest summer ever in 2022.

June, July and August saw an average temperature of 17.1C.

This means it tied with 2018 as the warmest – meaning four of the five hottest summers on record occurred after 2003. 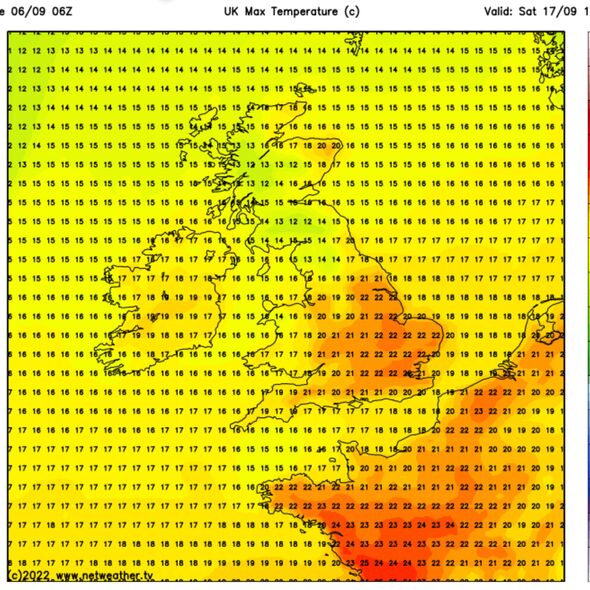 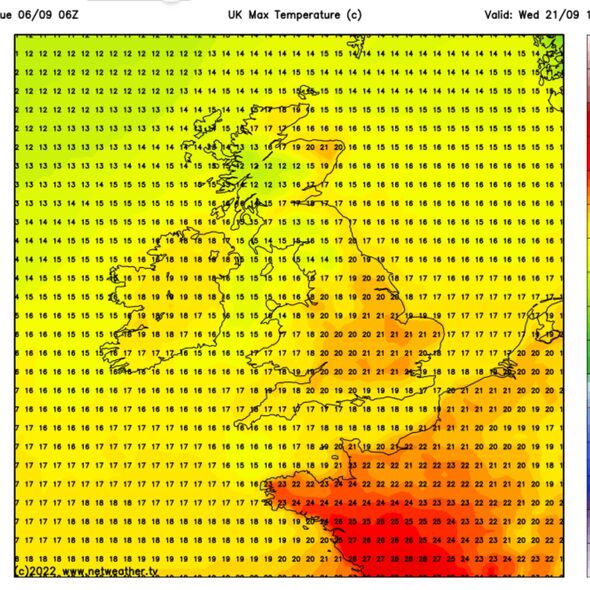 The recording system dates back to 1884.

For the entirety of the UK, it was the fourth hottest summer on record.

For Scotland and Wales specifically, 2022 was the eighth hottest summer on record, while Norther Ireland experienced its 12th hottest.

Netweather forecaster Paul Michaelwaite urged caution over earlier models indicating 26C in areas. He told Express.co.uk such predictions are not concrete, citing “uncertainty in forecasting more than a week ahead”. 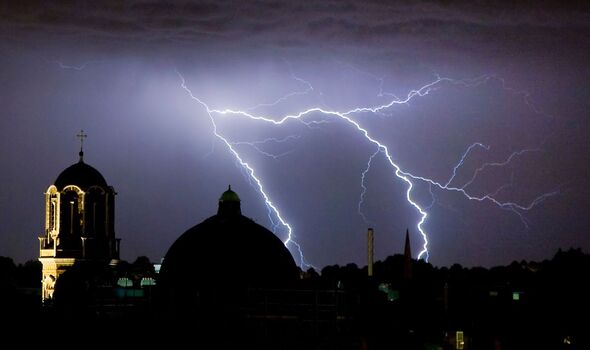 He added that this is “amplified, as it’s autumn, and there are hurricanes in the Atlantic”.

The Met Office said rainfall should be anticipated in areas.

“Showers remain possible at times, and temperatures are likely to remain above average for the time of year, although it’s not possible to assign specific values for individual days with any certainty at this lead time.

“There’s also an increasing likelihood of mist and fog at times.”