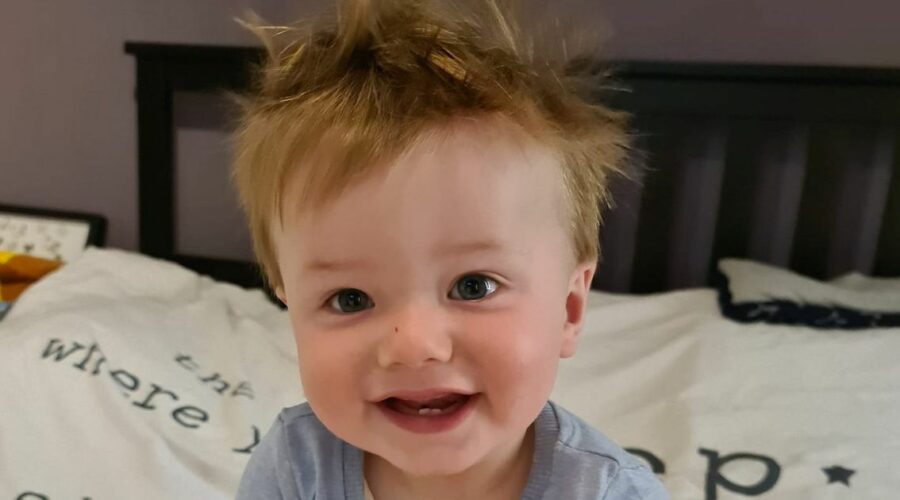 The death of a nine-year-old baby boy who choked to death on food at his nursery is being probed by detectives.

Tragic tot Oliver Steeper became unable to breathe while eating and was taken to hospital where he died six days later.

The young toddler was under the duty of care at Jelly Beans Day Nursery in Ashford, Kent, which closed weeks after the incident in September.

Now, in the week in which the toddler's funeral was held at Charing Crematorium, Kent, police has confirmed officers are investigating the circumstances that led to the child's death.

A Kent Police spokesman said: "We are investigating the circumstances following a death at a childcare facility in Ashford."

As well as the police investigation, the Kent Safeguarding Children Multi-agency Partnership (KSCMP) is also carrying out a review of the case to see if improvements to care for children can be made.

Oliver's father, Lewis Steeper, said: "The funeral was simply beautiful and was the perfect tribute to Oliver's life.

"We have great memories, photos and videos we will cherish forever. Oliver's presence remains strong in our house, with some lovely photos now up on the wall.

"We will never stop loving you, thinking about you and the huge hole in our hearts will never be filled with the joy you brought to our small family."

Well-wishers have donated over than £12,000 in the memory of little Oliver.

The nursery in Field View, Kingsnorth, where Oliver choked was closed down within weeks of the tragedy.

Initially the daycare centre had been shut down temporarily after education and childcare watchdog Ofsted suspended its registration over "serious safeguarding concerns" relating to the fatal incident.

Matt Dunkley, chairman of the KSCMP, said: "The loss of a child is a terrible tragedy and our thoughts are with Oliver's family, friends and all those who knew him.

Stay in the loop with all the latest news from the Daily Star by signing up to one of free newsletters here.

"The KSCMP is committed to the safety and wellbeing of all children and young people and we will be undertaking a Local Child Safeguarding Practice Review in relation to this case.

"The purpose of the review is to identify improvements that can be made to practice and disseminating the learning so we can achieve better outcomes for Kent's children and young people.

"An element of this case relates to safe eating in a non-familial setting. The KSCMP is therefore designing a comprehensive Safer Eating campaign to help professionals in a variety of settings ensure they are working to best practice standards when feeding babies and young children."