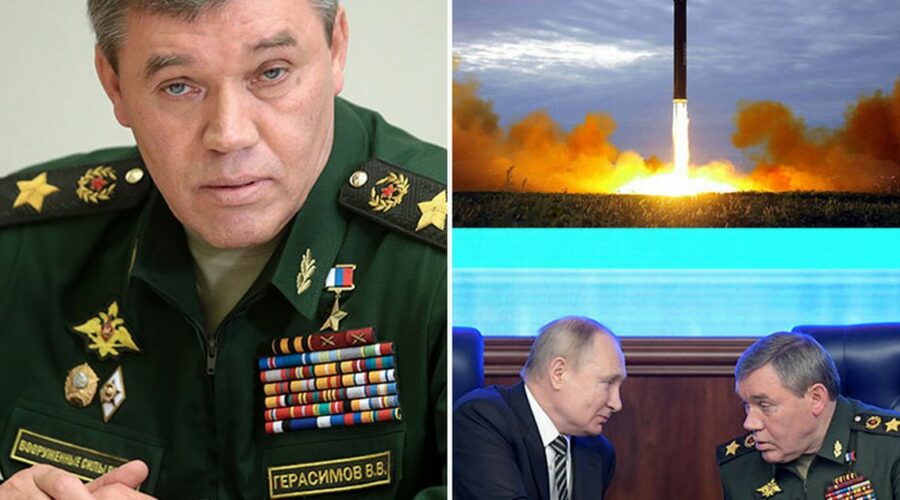 A top Russian general involved in the Russian invasion of Ukraine chillingly predicted a potential WW3 scenario three years ago.

The Chief of the Russian General Staff Valery Gerasimov has been a focal point of Russian President Vladimir Putin's new plan for invading Ukraine, with the despot taking over and reportedly setting impossible deadlines for troops.

Gerasimov was recently evacuated from Ukraine and taken back to Russia after being lightly injured in a bomb blast, with the 66-year-old apparently wounded in a blast in Izyum.

But three years ago Gerasimov had warned of a "large-scale military conflict" amid rising tensions with NATO and western powers. Speaking at a senior briefing for the military, Gerasimov, a close ally of Vladimir Putin, said that western forces were preparing for a military conflict and that a third world war could spiral between Russian forces and NATO.

"In the Baltic countries and Poland, the Black and Baltic seas, military activity is intensifying, the intensity of the bloc's military exercises is rising.

"Their scenarios point to NATO’s targeted preparation for engaging its forces in a large-scale military conflict." At the time, Gerasimov had also accused the West of over-egging the "Russian military threat" and said that Moscow and the West must reduce risk of clashes.

Gerasimov added: "The reduction of risks of dangerous military incidents should remain the most important area in the dialogue between Russia with the US and NATO.

“It is necessary to resume interaction between Russia and NATO in order to resolve the accumulated problematic issues.”

“At the same time, the situation in the world remains unstable, and its development is becoming more and more dynamic."