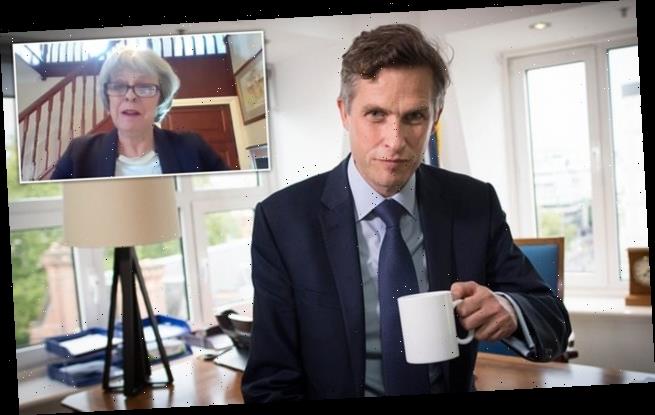 Theresa May defended firing Gavin Williamson as defence secretary over a leak from a security meeting about Huawei today, saying his departure allowed security officials to ‘speak freely’ again.

The former prime minister said that the 2019 incident in which material from a National Security Council meeting about the Chinese tech giant was leaked to the press sent a ‘slight judder’ through members.

Mr Williamson was sacked by Mrs May following an inquiry into the leak of information about Huawei’s involvement in the UK’s 5G network.

He was later made Education Secretary by Boris Johnson three months later after working on his leadership campaign.

‘I think there was a slight sense initially of concern, particularly obviously from those who weren’t the politicians sitting around the table, about the advice and evidence that they were giving in to the council,’ she told the committee.

‘Because it had always been the case that the assumption was and it had practically been the case since it was set up that nothing leaked from the National Security Council.

‘And it’s really important that nothing leaks from it, because of the nature of the discussions we are having, and you want the agencies, Ministry of Defence and others, who are advising you, to believe and feel confident that they have the freedom to give their best and genuine advice, without feeling that they have got to hold something back.

‘So, a slight judder, if you like, when this incident happened, when people were concerned initially, but I think we then got back into the rhythm of people recognising that they could speak as freely as they had done previously.’ 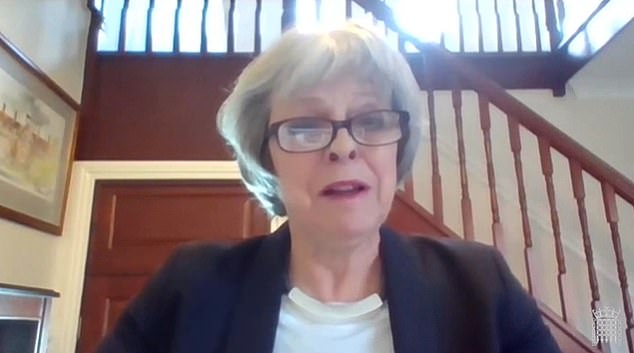 The former prime minister said that the 2019 incident in which material from a National Security Council meeting about the Chinese tech giant was leaked to the press sent a ‘slight judder’ through members. 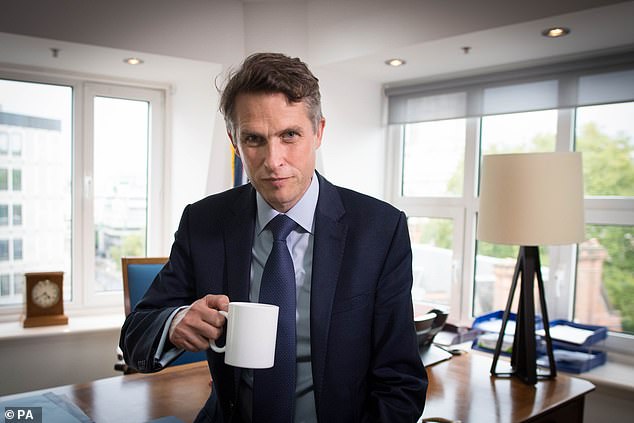 Mr Williamson was sacked by Mrs May following an inquiry into the leak of information about Huawei’s involvement in the UK’s 5G network. He was later made Education Secretary by Boris Johnson three months later after working on his leadership campaign.

Ministers have since declared that technology from Chinese firm Huawei must no longer be used in the UK’s 5G communications network and that existing kit must be stripped out because of security fears.

Mrs May, who ended her turbulent reign as Tory leader in 2019, was also asked to what extent did her government assess long-term strategic issues, such as the UK’s relationship with China.

‘We have seen more recently more specific concerns around the human rights issues in China, and of course prior to that around the threat issue of China,’ she told the committee.

‘The Huawei issue was very live when I was prime minister, continued obviously after I had stepped down. The Government has now taken a decision as to where to go on that, but it was an issue when I was home secretary as well.

‘These questions have been there, if you like, in the background I think and being considered. They have come into more public prominence, I would say, in recent years.’

Referring to the publication of the Government’s Integrated Review of foreign and defence policy, Mrs May said that it had tried to strike a ‘balance’ in its view of China.

She said: ‘It is a major economy, it is a major player on the world stage, we know the way it has reached out across the world. I don’t think we can live in a world where we think we can shut China out in some sense.

‘We have to find a way of balancing the relationship with China, which is economic on one side, and then the concerns about security and human rights on the other.’

It came as Britain joined the US, EU and Canada in slapping sanctions on senior Chinese officials today over Beijing’s ‘highly disturbing programme of repression’ against Uighur Muslims.

The Foreign Secretary lashed out at China in the Commons, accusing it of ‘egregious, industrial-scale human rights abuse’ and of carrying out ‘one of the worst human rights crises of our time’.

Rights groups believe at least one million Uighurs and other mostly Muslim minorities have been incarcerated in camps in the northwestern region, where China is also accused of forcibly sterilising women and imposing forced labour.