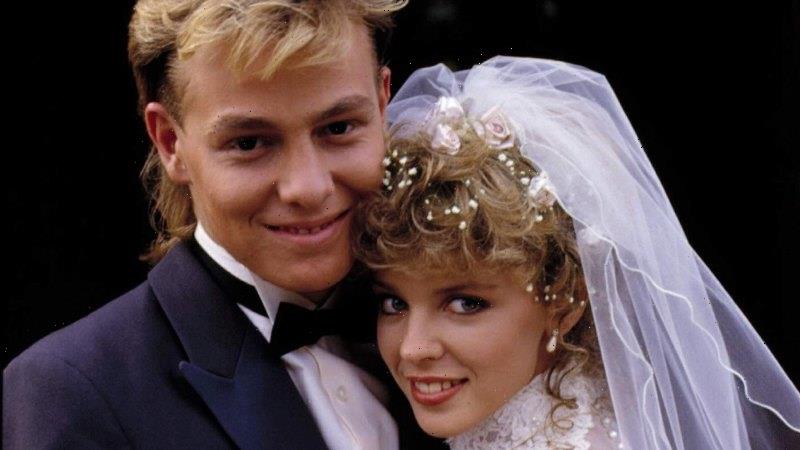 It has been quite the chorus of criticism. A cacophony of disparate voices. We have heard the howl of the American right. “When do we invade Australia?” demanded the conservative firebrand Candace Owens, as she called upon the Pentagon to “free an oppressed people who are suffering under a totalitarian regime”.

Then there has been the more plaintive lament of the left-wing British columnist Caitlin Moran. In the decision of Britain’s Channel 5 to stop airing Neighbours, Moran saw a larger cancellation. For Generation Z, she wrote, the land Down Under had become “that place with all the dead reefs and offshore refugee internment camps, where the entire country often turns into one big barbecue”. Young British backpackers, she reckoned, would rather head to South Korea than North Bondi. 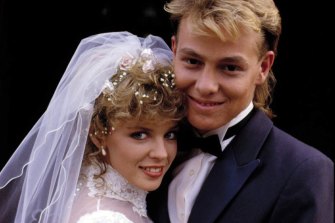 Once compulsory viewing for young Brits … how much is the fall of Neighbours a sign of a larger disaffection with Australia?

Shuttering the portcullis of Fortress Australia during the pandemic has left this country in a reputational ditch. And evidently it can no longer count on the soft power effect of Ramsay Street to help it clamber out. While The Economist, in 2011, dubbed Australia “the next golden state”, more recently the Lucky Country has lost its lustre. The Spectator has labelled it “Prison Island”. Foreign Policy magazine tagged it “The Hermit Kingdom”. Even the liberal-minded The Atlantic harrumphed that “Australia traded away too much liberty”. Here it found common ground with Donald Trump Jr, who tweeted: “Don’t Australia my America.”

Confessedly, as a British journalist who has happily made the land Down Under my adopted home, I never thought I would find myself discussing the decline and fall of Australia in the context of the waning lure of Neighbours. But let’s go there for a moment. For I well remember the days, back in the late 80s and 90s, when our TV room at college was packed both at lunchtime and teatime to see whether Jason was going to hook up with Kylie, and if Mike had cracked it with Jane.

Why, my voice might even have succumbed to what was called the Neighbours Effect, the dialectical tendency of British youngsters to end sentences with a twangy upward inflection. When first I got my break on Fleet Street, moonlighting as a student on a high-society gossip column, my aristocratic editor was convinced I came from Queensland.

British journalists of my generation grew up trying to ventriloquise the antipodean voice of Clive James. Germaine Greer was the inspiration for so many female writers. Caitlin Moran says she became a feminist after reading The Female Eunuch. Thirty years on, however, I wonder whether the pulling power of Australia is so strong. Soap operas aside, maybe Moran is onto something when she notes: “It’s not aspirational anymore.”

This international image problem predates the isolationism of COVID. Australia has suffered from the cumulative effect of decades of foot-dragging on global warming and the cruelty of its offshore detention centres. Then there’s been the brutality of its politics, and the culling of so many prime ministers. Kevin Rudd and Malcolm Turnbull, the most outward-looking and ambitious occupants of the Lodge, were both knifed – partly because they were so outward-looking and ambitious. Tony Abbott and Scott Morrison have often looked more like aldermen from the 1950s rather than 21st-century global leaders. Julia Gillard, as the country’s first female prime minister, had the opportunity to present a more modern face, but her ouster suggested to many outside observers that Australia was too regressive to cope with being run by a woman.

As the BBC’s Sydney correspondent at the time, I dubbed this country “the lifestyle superpower of the world” – a statement I would still stand by. But it was my description of Canberra as “the coup capital of the democratic world” that resonated more. In my experience of reporting on Australia, the negative tended to travel further than the positive.

International coverage has not been unremittingly bad. The “wonder from Down Under” economy continues to turn heads. Whenever there is a mass shooting in America, progressive opinion writers in The New York Times and Washington Post habitually zero in on the Howard government’s gun controls. In the early days of the pandemic, long before Melbourne became the most locked-down city on the planet, many of us living abroad looked enviously upon Australia as a COVID Shangri-la. However, stories of expats stranded abroad, and of Australians unable to leave, soon put paid to that.

Unquestionably, there is an uplifting Australian story to tell that weaves together the vibrancy of its multiculturalism, the richness of its Indigenous culture, and the wonders of its natural environment. But successive governments have pursued policies that contradict that narrative. How, to the outsider, can a country look welcomingly multicultural when it has detained so many asylum seekers? Why has a country hammered by natural disasters continued to inflict so much ecological self-harm? How can Australia sell itself as the home of the world’s oldest continuous culture when its national day continues to celebrate the moment of colonial dispossession?

An irony, of course, is that the country is led by a former head of Tourism Australia, who has spent much of his professional life thinking about how the country markets itself internationally. But Scott Morrison is a part of the problem. The daggy suburban dad routine feels like it belongs in a washed-up soapie that viewers no longer want to watch.

18/02/2022 World News Comments Off on The withered image of Oz, by a Brit who caught the Neighbours twang
Markets