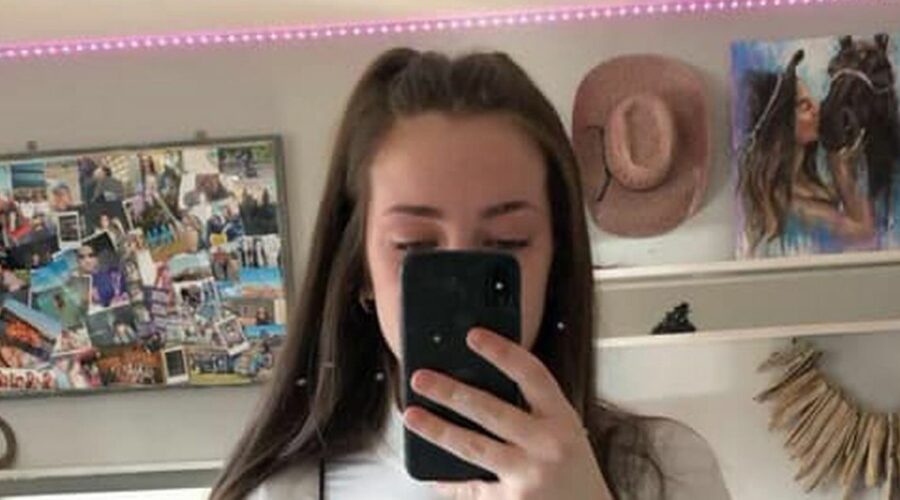 A student who was sent home due to her “inappropriate” outfit ended up finishing her final year of schooling at home due to the stress that the situation caused.

Karis Wilson, 18, was sent home crying in February last year after she was told her clothes made a male student teacher feel "awkward", and it reminded a female teacher of a "lingerie outfit".

Karis, a student at NorKam Secondary School in Kamloops, British Columbia, Canada, was wearing a knee-length black dress with lace trim over a white turtleneck with long sleeves.

Her father Christopher Wilson initially complained about the incident on a Facebook live video that went viral, with more than 100,000 views.

He told CBC News at the time: "(Karis) was told that it could possibly make the male student teacher feel awkward and it could make (her female classroom teacher) feel awkward since it reminded her of a lingerie outfit.

"It's actually a very modest outfit when you actually look at it… I think the initial comments were based on the fact that it had lace.

"She had a snowboarding accident a month or two ago and couldn't be active for a while. She had started going to the gym and feel better about herself. "The one day she decided to wear a dress and feel good about herself, this is how they reacted."

Originally Karis didn’t go back to school for a week as things had escalated and people who had seen Christopher’s video online started sending hate to the school.

Christopher explained: “She had lost more than a week of school and then she said ‘dad, I don’t know what to wear to school’.

Karis went on to complete her schooling from home, but still managed to attend her graduation with all of her friends and is currently in her first year at university.

According to her father, the teen said that if she had the chance to go back in time and change anything, she wouldn't, but instead would do it all again.

The Daily Star has contacted NorKam Secondary School for comment.