New York: It was a 10-day celebration of big bikes and inalienable American freedom for which more than 400,000 people descended on a South Dakota town.

But, three weeks on, the 80th Sturgis Motorcycle Rally is feared to have been a "super-spreader event", with doctors recording scores of coronavirus cases linked to the get-together. 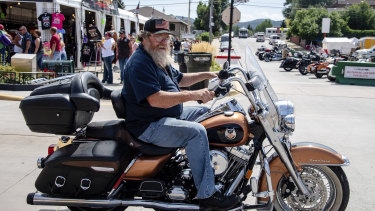 A biker poses for a photo on Main Street during the 80th annual Sturgis Motorcycle Rally.Credit:AP

An academic paper suggested the rally could have been potentially responsible for more than 250,000 cases.

The paper, by four researchers at San Diego State University's Centre for Health Economics, argued that cases from the rally could have a public health bill of $US12 billion ($16 billion).

The consequences were "substantial," the researchers concluded.

By analysing the parts of the country that had the highest number of Sturgis attendees and changes in coronavirus trends after its conclusion, they estimated 266,796 cases could be linked to the rally. 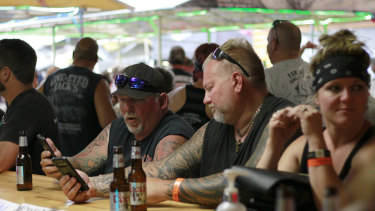 That's about 19 per cent of the number reported nationally between August 2 and September 2, and significantly higher than the number state health officials have linked through contact tracing.

Based on a COVID-19 case statistically costing about $US46,000, the researchers said, that would mean the rally carried a public health price tag of $US12.2 billion.

Coverage of the rally showed few attendees in masks.

Reports broadcast at the time showed attendees proclaiming opposition to masks and even some suggesting the pandemic was a hoax.

"I would rather die than wear a mask," one biker told an interviewer. "It's a false-flag pandemic."