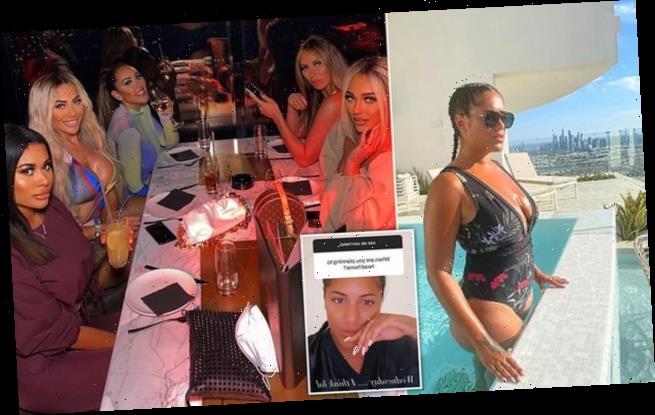 Scores of celebrities risk having their holiday homecomings delayed under plans requiring international arrivals to have proof of a negative Covid test.

Stars from Love Island, TOWIE and Geordie Shore descended on holiday spots such as Dubai to escape Britain’s lockdown and see in 2021 under the sun.

Boris Johnson banned holidays last night as he announced a third lockdown, although Britons still overseas were told there was no need to rush back.

But the Government is widely expected to introduce tighter restrictions at airports to stop the spread of the disease.

Measures mandating passengers to have proof of a negative coronavirus result are the subject of live discussions in Whitehall and an announcement is expected soon.

A Department for Transport spokesperson said: ‘Protecting public health in the UK is of the utmost importance and we are looking at what additional measures could be taken with regards to international travel.’

Such action threatens to derail flight plans for stars who plan on returning from their sun-kissed New Year boltholes. 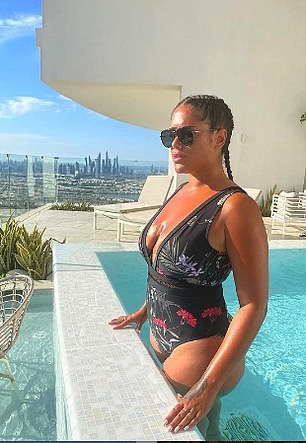 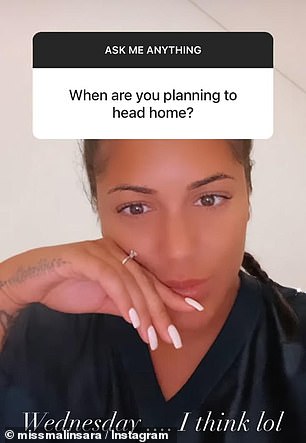 Love Island’s Malin Andersson, who has been flaunting her holiday to Dubai on social media, revealed on Instagram she was planning to return home tomorrow 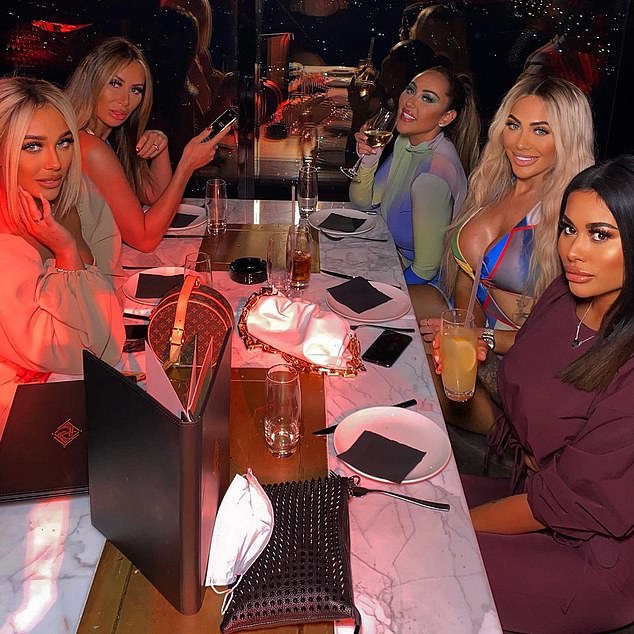 Love Island’s Malin Andersson, who has been flaunting her holiday to Dubai on social media, revealed on Instagram she was planning to return home tomorrow.

Today, she defended her trip to Dubai in the face of online criticism, saying she had been in Dubai for a month and would be ‘in lockdown like the rest of you’ on her return.

Many stars have come under fire from fans for travelling to far-flung tourist spots for New Year despite Government guidance advising against foreign travel.

Geordie Shore’s Sophie Kasaei, who is also in Dubai, today also said she had been branded insensitive for plastering her holiday on Instagram.

The UK currently has a travel corridor with Dubai, meaning arrivals do not have to self-isolate on their return.

But they could have to scramble to prove their are Covid-free under plans hinted at by Cabinet Office Minister Michael Gove this morning. 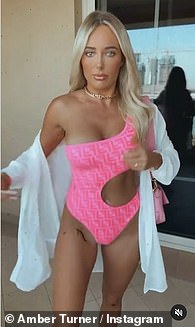 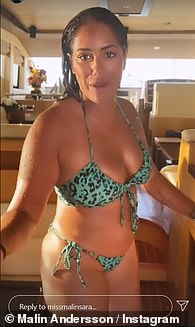 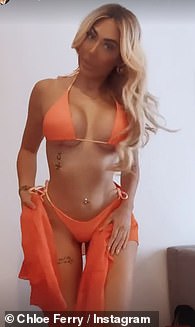 A legion of reality personalities jetted to Dubai and the Caribbean amid the ongoing pandemic (pictured: Amber Turner, Malin Andersson, Chloe Ferry L-R) 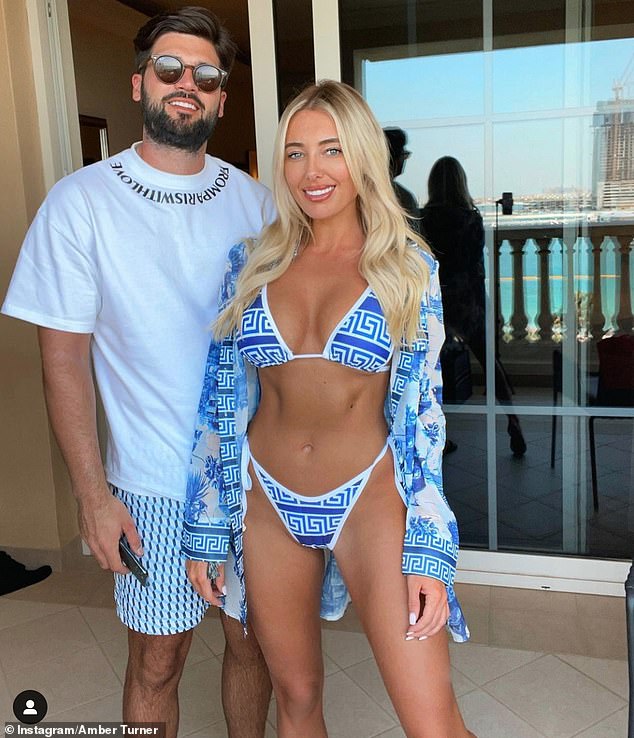 He told Good Morning Britain: ‘We will be making announcements later today and in the days ahead about how we will make sure that our ports and airports are safe.

‘It is already the case that there are significant restrictions on people coming into this country and of course we’re stressing that nobody should be travelling abroad.

‘But I don’t want to pre-empt the specific advice that is going to be given.’

It comes amid a public backlash that Britons are being ordered to stick to strict ‘stay at home’ instructions while stars from Dubai can pour in unchecked.

This morning, planes from Dubai, South Africa and Pakistan were due to land at Heathrow.

One person joked: ‘The biggest question of all… does this lockdown include the London Borough of Dubai.’

Currently arrivals into England from nations that are not exempted under the travel corridor programme have to isolate for 10 days.

But under the test and release scheme introduced in December, this can be shortened if they have a private test five days after their departure and it comes back negative.

During the first lockdown, the Government argued against introducing border restrictions while the prevalence was so high in the UK, with experts arguing it would do little to bring down infection rates.

A quarantine period, however, was introduced in June after the first peak and when cases were more under control.

Direct flights to the UK from South Africa have been suspended and many new arrivals who have been there in the previous 10 days will not be permitted entry because of concerns over a particularly contagious new variant.

Conservative former health secretary Jeremy Hunt on Monday called for the closure of the borders, with an ‘off-the-scale’ winter crisis brewing within the NHS.

Ahead of the Prime Minister’s statement, the chairman of the Commons Health and Social Care Committee wrote on Twitter: ‘Time to act: thread on why we need to close schools, borders, and ban all household mixing RIGHT AWAY.’

The SNP’s home affairs spokeswoman Joanna Cherry accused the Government of ‘repeating the same mistakes’ by not introducing ‘effective’ restrictions at the border.

‘The UK Government must stop all but essential travel, and introduce a far more rigorous system of health checks and quarantining at the border,’ she said.

After last night’s televised address, overseas travel will now only be allowed for a handful of ‘legally permitted’ reasons such as work, putting paid to scores of vacations that have already been booked.

TUI confirmed this morning it has cancelled all holidays until mid-February, while British Airways and easyJet said they were also reviewing their scheduled flights.