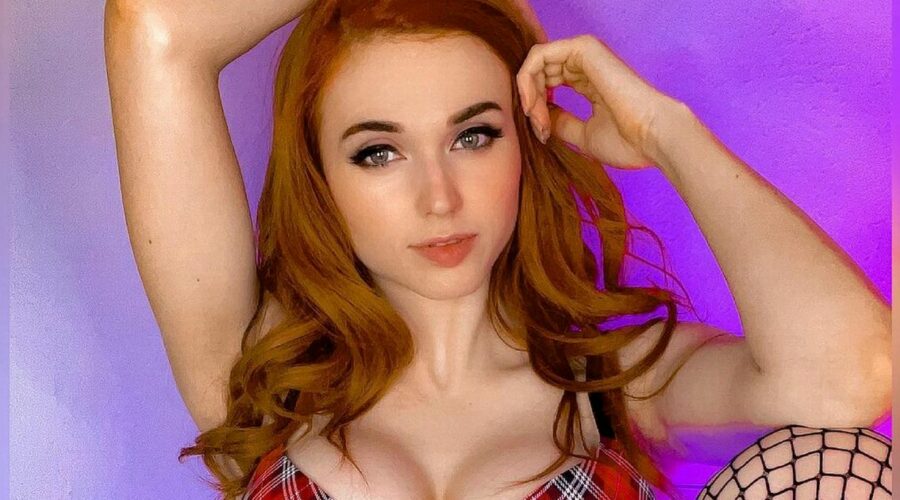 Sexy internet mega-star Amouranth has been rapped after a string of raunchy "hot tub" live-streams on Twitch.

The flame-haired American bombshell had been leading the streaming site's latest craze with her nearly three million followers.

But the curvy 27-year-old model hit out as she revealed advertising had been suspended on her channel where she was wowing fans with racy bikini broadcasts.

Real-name Kaitlyn Siragusa, she regularly pulls in tens of of thousands of viewers as one of the biggest names on Twitch

The live-streaming site is normally associated with gaming content but the hot tub trend has been going wild on the site in recent weeks.

It typically involves bikini-clad women chatting to followers for hours at a time from a hot tub or inflatable pool.

Internet sensation Amouranth tweeted on Tuesday: "Yesterday I was informed that Twitch has Indefinitely Suspended Advertising on my channel.

"Twitch didn't reach out in any way whatsoever. I had to initiate the conversation after noticing, without any prior warning, all the ads revenue had disappeared from my Channel Analytics."

She branded the ad shutdown an "alarming precedent" that highlights that Twitch has "complete discretion to target individual channels".

She also alleged that her channel was demonetised because it was "not advertiser friendly", rather than because it breached Twitch's guidelines.

According to Statista, as much as 38 per cent of all Twitch app users in the US last year were aged between 10 and 19.

Twitch's terms and conditions ban "fully or partial nudity" including "the visible outline of genitals, even when covered".

Swimwear is allowed, as long as it "completely covers the genitals and those who present as women must also cover their nipples".

Amouranth said her demonetisation served as a "stark warning" to other pro streamers.

"Although content may not ostensibly break community guidelines or Terms of service, Twitch has complete discretion to target individual channels & partially or wholly demonetized them for content that is deemed 'not advertiser friendly'," she tweeted.

The web star highlighted that "there is no communicated guideline" for ad-friendly content.

"This leaves open-ended the question of where the line is drawn," the Houston native added.

Marcus Graham, Twitch's Head of Creator Development, said in a recent live-stream: "Our nudity and attire policy does allow bathing suits in an appropriate context, and hot tubs do fall under that criteria.

“However, what has not changed is the sexually suggestive and explicit content is not allowed under the guidelines, under the [Terms of Service], and Twitch will take action when that is reported to us.”

Amouranth isn't the first streamer whose wrists have been slapped after testing the boundaries of Twitch's terms.

In April, American internet star Supcaitlin was blocked for 24 hours for wearing "inappropriate" clothing during a stream.