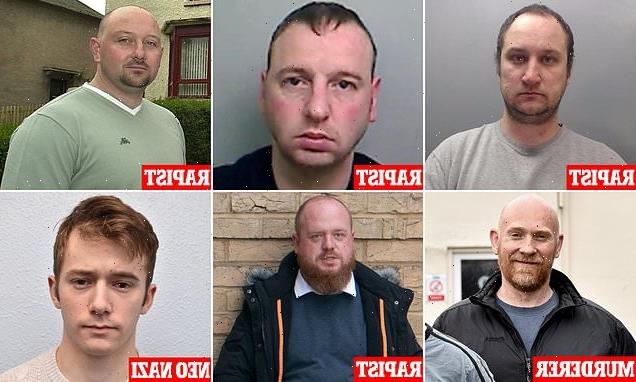 Sexual predators in the midst of Britain’s police forces: The murderer and rapists recruited as officers who were not rooted out amid outrage at report revealing ‘thousands’ of corrupt cops are signed up for duty

Paedophiles, rapists, a murderer and a neo-Nazi all managed to join the police due to a widespread failure to screen out dangerous and corrupt officers.

Hundreds, if not thousands, of serving officers have criminal records, are linked to gangsters, or pose a risk to the public, watchdogs warned yesterday.

Analysis of personnel files found it was far too easy for misogynistic, corrupt or predatory officers to join up and stay in uniform.

They include Benjamin Hannam, a neo-Nazi who was recruited by Scotland Yard despite featuring in a recruitment video for a banned far-Right group two days before he applied.

The 23-year-old became the first constable to be convicted of terror offences after an anonymous hacker tipped off the Met that he was a member of National Action. He joined the white supremacists in 2016 and recruited others to a group that backed the murder of MP Jo Cox. 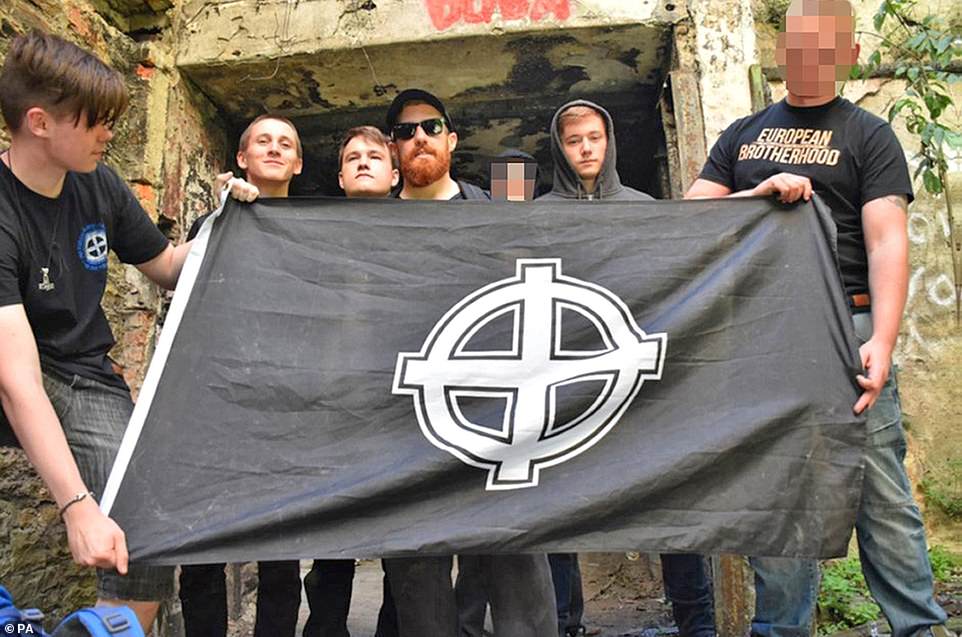 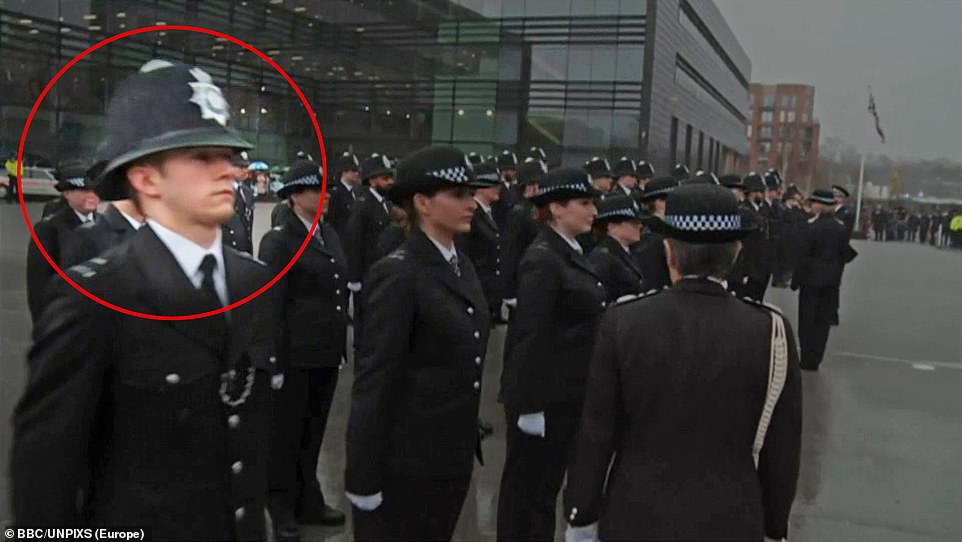 Benjamin Hannam, 23, became the first constable to be convicted of terror offences after an anonymous hacker tipped off the Met that he was a member of National Action 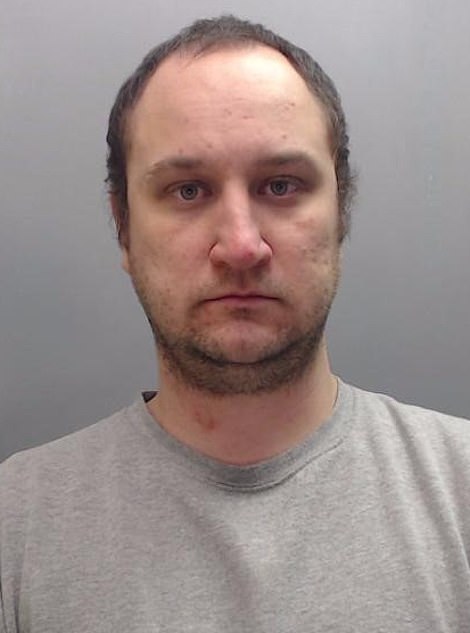 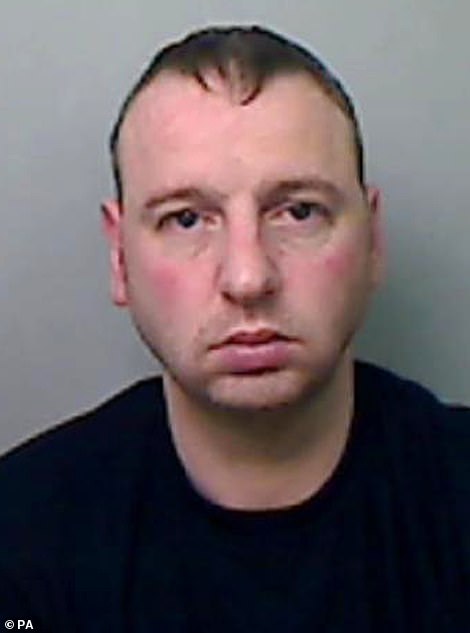 Ian Naude (left), was jailed for 25 years for raping a 13-year-old girl and had only joined Cheshire Police ‘to gain the keys to a sweetshop’. Wayne Scott (right), of Cleveland Police, was jailed in 2013 after using his position to carry out rapes

Other predators who were able to join up as PCs included:

Commissioned last October in the wake of the murder of Sarah Everard by Met officer Wayne Couzens, the probe examined three forces linked with the killer – Kent Police, the Met and the Civil Nuclear Constabulary.

Matt Parr, Inspector of Constabulary, cited ‘astonishing’ examples of vetting failures, including one special constable who had a 12-month supervision order for indecent exposure as a juvenile.

He applied three times to the same force over 13 years and was eventually cleared by the vetting process after an appeal. Inspectors said he should have been automatically rejected.

Another officer who passed the checks had been caught speeding five years earlier, convicted of attempted theft abroad and was linked with drug dealing and violent criminals.

Matt Parr, Inspector of Constabulary, called for better screening to weed out dangerous individuals. Among the bombshell findings in his report were:

Neo-Nazi Benjamin Hannam managed to sail through the police vetting process and worked as a probationary officer for nearly two years before he was found on a leaked database of users of an extreme Right-wing forum and arrested in 2020.

Officers discovered he had continued downloading Nazi material even after he started training as a Met officer.

Last year he was jailed for four years and four months at the Old Bailey for membership of a proscribed terrorist organisation and possessing terror documents detailing knife combat and explosive devices.

Today report author Mr Parr spoke about an officer who was hired despite being suspected of several crimes, including a burglary which involved him threatening people with a metal bar and stealing their jewellery.

Speaking on BBC Radio 4’s Today programme, the inspector of constabulary said: ‘We highlighted a number of cases in our study that I think will surprise and shock your listeners.

‘In one, a police officer was given clearance, he had a history of intelligence, he had a conviction for theft abroad, there had been bits of intelligence linking him to threatening people in their house with a metal bar before stealing their jewellery, drug supply, a police pursuit with a car.

‘Despite all this, the force gave him vetting clearance and they put no special measures around him.

‘I’m not saying there should be a zero tolerance for anyone that’s been done for shoplifting when they’re 14 or anything like that, but police have got too ready to take people when there are some clear warning signs, and this was just one of those cases.’

He said: ‘We’re at something of a tipping point moment.

‘It’s not just our report today, there have been other hard-hitting reports shining a light on police behaviour and some of these problems.

‘I think, or at least I hope, that we’ve now reached the point where chief constables and other police leaders realise this is something they’ve got to bear down on much harder. 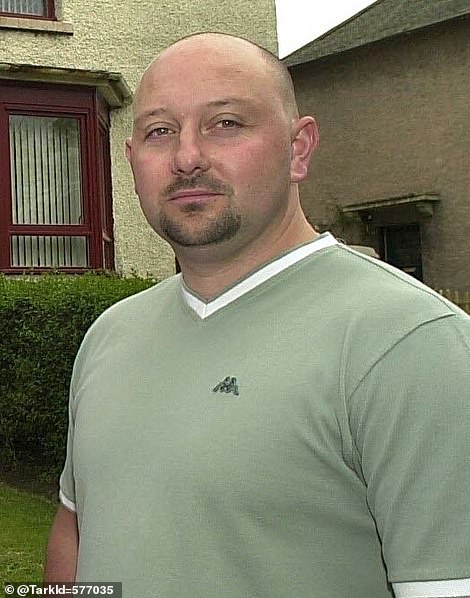 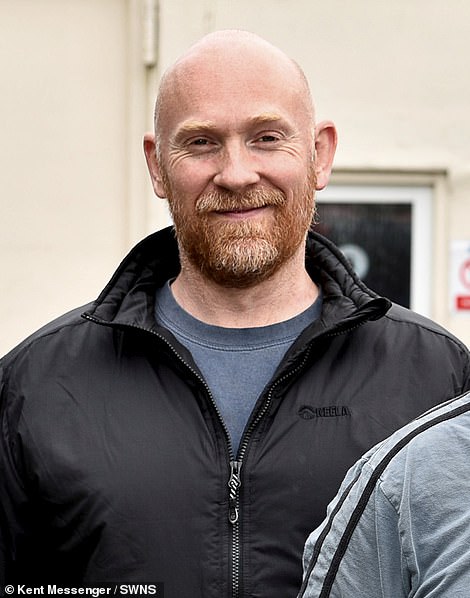 Stephen Mitchell (left), of Northumbria Police, was given two life sentences in 2011 for a series of ‘ruthless’ rapes and sexual assaults. Pictured right: Wayne Couzens, who murdered Sarah Everard 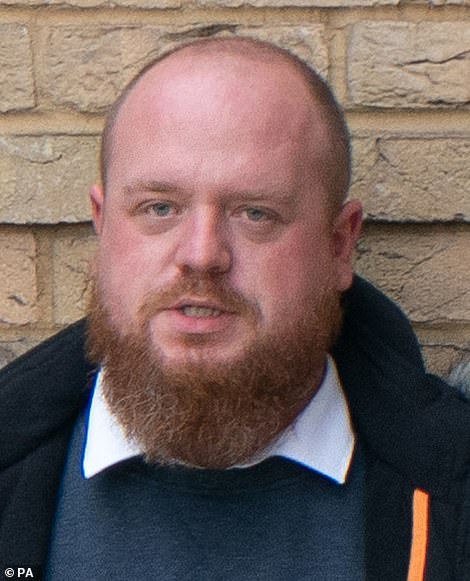 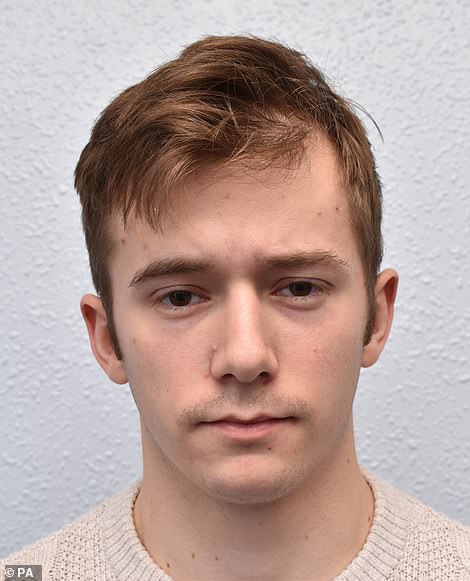 James Ford (left), of Hertfordshire Police, who raped a young girl, was signed up despite vetting raising concerns about his inappropriate use of social media. Pictured right: Benjamin Hannam

“I left the force five years ago, but what I’ve been told by current officers is that sadly things haven’t changed and I found the report deeply shocking, but totally unsurprising,’ she told Good Morning Britain.

“This is systemic. This isn’t about a bad apple, this is actually about a culture, a mindset, a way of being. And actually many thousands of really good officers will be devastated by this report because it doesn’t reflect them.

‘And thousands of really good officers – mainly women – will say yes, this really does reflect my experience at the hands of colleagues.”

Transport Secretary Mark Harper said the report must be a ‘wake-up call’ for chief constables.

‘It does contain a very worrying number of findings. I think it’s a real wake-up call for chief constables across the country,’ he told Sky News.

‘What the Government hopes is that those chief constables and the National Police Chiefs’ Council look at this report and every force will look at their practices, how they recruit officers, how they run their disciplinary processes, and make the necessary changes to improve standards so the public have the confidence in the police force.

‘Yes, the report has a number of concerning findings. But, on the other hand, the positive thing is it’s much better that we understand the scale of the challenge, we understand what the problems are. That’s the first thing you have to do to be able to fix them.’ 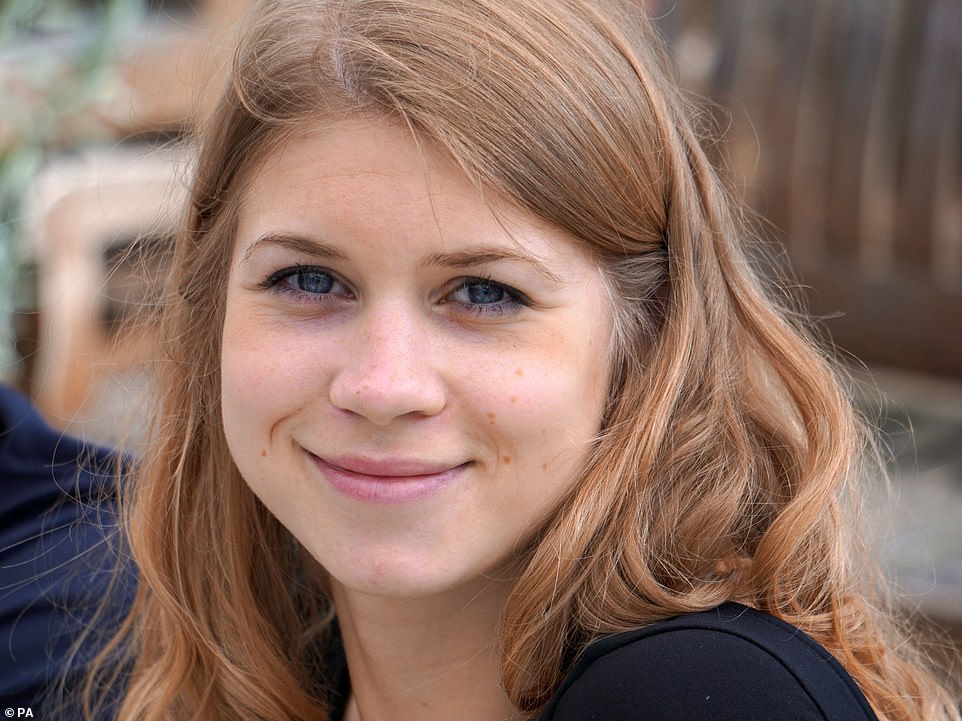 Commissioned last October in the wake of Ms Everard’s murder, the probe examined three forces linked with the killer – Kent Police, the Met and the Civil Nuclear Constabulary

Inspectors also found examples of recruits with connections to organised criminals. One special officer had ‘extensive criminality’ within his family, including a brother with convictions for drug dealing and violence who was also a person of interest in murder and kidnap investigations.

The applicant claimed to be estranged from his sibling, but no attempt was made to check this was true or to mitigate the risk of corruption. Another officer who claimed he had minimal contact with his criminal brother was in fact living with him.

Despite his dishonesty and the obvious risks, the officer was cleared of any wrongdoing because his lies were ‘not significant enough to deny vetting to a young man [who] has wanted to fulfil his dream of joining the police’.

Mr Parr said: ‘It is too easy for the wrong people to both join and stay in the police. If the police are to rebuild public trust and protect their own female officers and staff, vetting must be much more rigorous and sexual misconduct taken more seriously.

‘Sadly, misogynistic and predatory behaviour are prevalent in all the forces we inspected. An alarming number of women, police officers and staff talked about the appalling behaviour that they’ve been on the end of by male colleagues.

‘In many cases, the perpetrator was someone who had previously been reported for similar behaviour, which either hadn’t been taken seriously or it wasn’t thoroughly investigated. Many women told us that this kind of behaviour is so prevalent, they don’t report it until it really escalates.’ 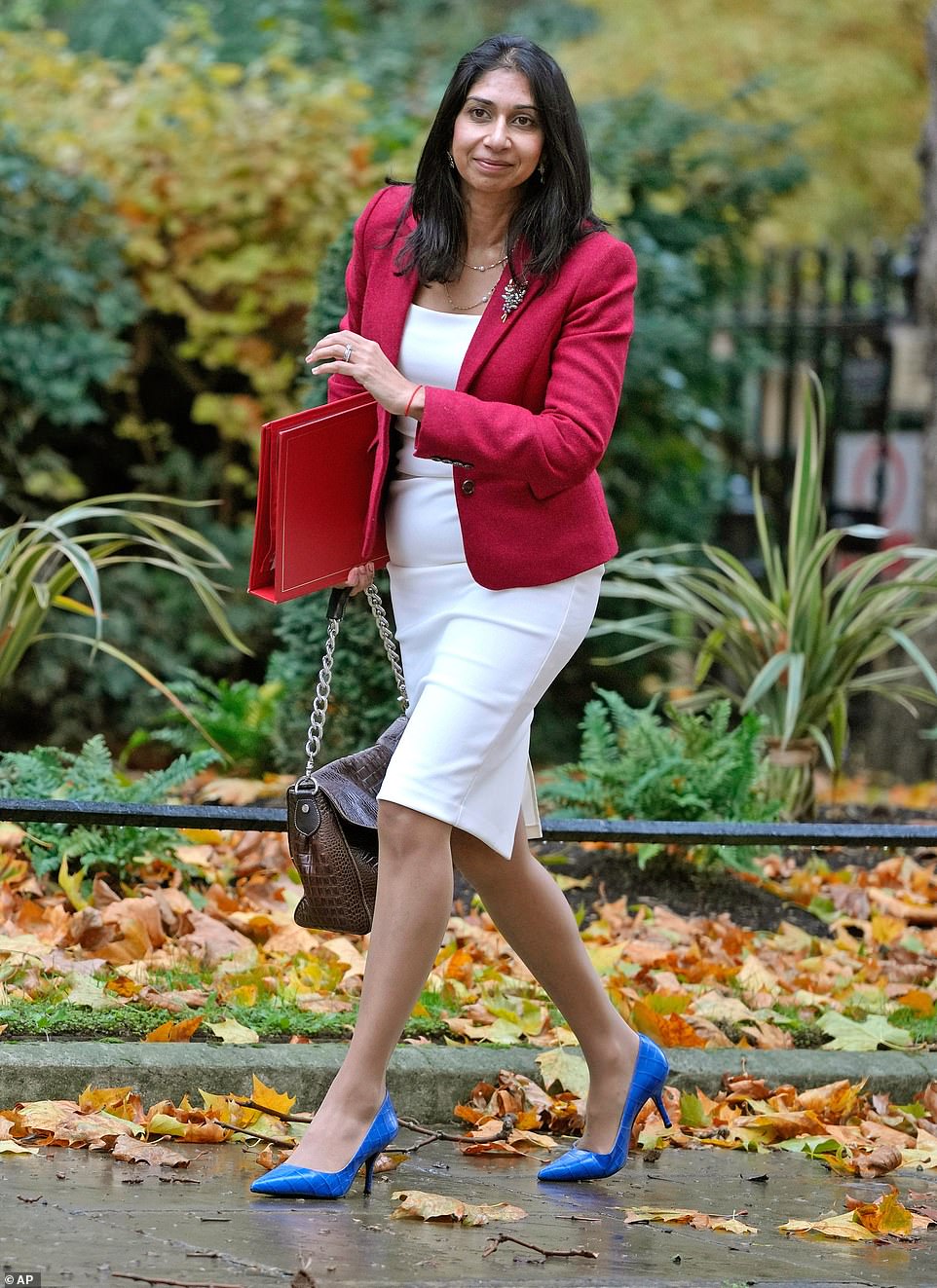 He added: ‘It seems reasonable for me to say that over the last three or four years, the number of people recruited over whom we would raise significant questions is certainly in the hundreds, if not low thousands.’

The former rear admiral said it was incredible that some forces did not interview recruits in person and did not bother to check their working history.

Suella Braverman said it was ‘disappointing’ that some forces were taking unnecessary risks. ‘It is also unacceptable that women, whether working in policing or members of the public seeking help, continue to experience misogynistic and sexist behaviour,’ added the Home Secretary.

Among the recommendations made were minimum standards for employment checks, better practices for corruption investigations and improved guidance on conduct in the workplace.

The National Police Chiefs’ Council said bosses would act on the recommendations but stressed that HMICFRS agreed with most vetting decisions. Chairman Martin Hewitt said: ‘We cannot risk predatory or discriminatory individuals slipping through the net.’

College of Policing chief constable Andy Marsh said the report would be translated into practical guidance that would improve standards.