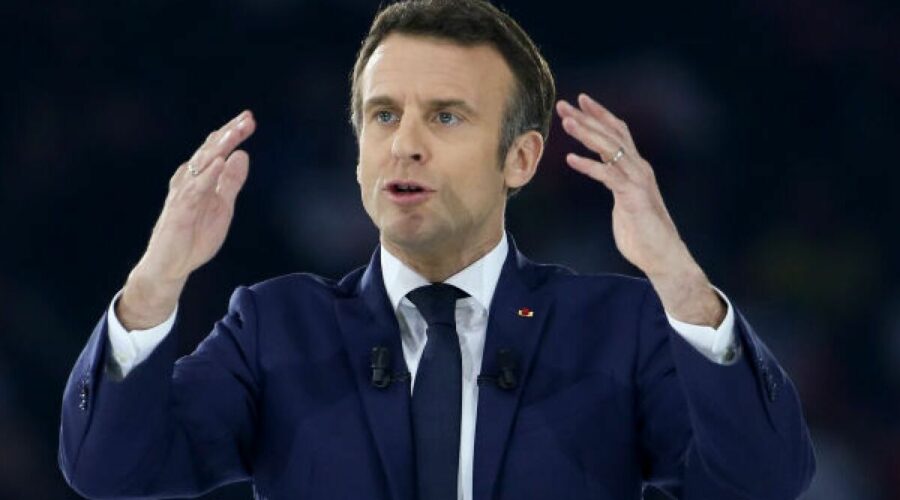 The French President warned ministers running for a seat in the National Assembly that if they fail, they lose their place in the cabinet. Two days ahead of the run-off vote in France’s parliamentary election, three ministers, in particular, will be sweating over their jobs after Macron’s centrist alliance failed to shine in round one.

Their uncertain fate raises the prospect of a mini-reshuffle even if the alliance holds back a surge by a bloc led by the hard-left veteran Jean-Luc Melenchon and wins an absolute majority on June 19.

Among them are Clement Beaune, Mr Macron’s right-hand man on Europe, and Amelie de Montchalin, who as ecological transition minister is tasked with accelerating France’s shift to more environmentally friendly policymaking.

On the campaign trail in his Paris constituency, Mr Beaune has framed the election as a vote for two opposing visions of France: an innovative country at the centre of a stronger, more independent Europe versus an inward looking France that returns to an era of high taxes and high spending.

“There’s a real choice at play,” Mr Beaune said during a walkabout with former prime minister Edouard Philippe, one of France’s most popular politicians and whose fledgling centre-right Horizons party is part of Macron’s “Ensemble!” (Together) alliance.

Mr Beaune, 40, would represent a significant loss for President Macron.

Among one of his most trusted political associates, he is considered a rising star in Mr Macron’s administration and a key architect of his European policy.

He hails from the old centre-left and had been thought a natural fit for his affluent, left-leaning constituency that includes the central Marais district of Paris.

Yet in the first round he trailed his left-wing rival from Mr Melenchon’s NUPES bloc by more than five points. De Montchalin finished seven points behind her NUPES rival while a third minister, Stanislas Guerini, Mr Macron’s new minister for public services, finished six points behind his NUPES competitor.

He warned French voters have already “delivered a serious blow” to the President in the first round of the election two weeks ago.

“Macron may have won the presidency. But it’s clear his grip on power is far from secure.”

In all, 15 Macron ministers are contesting the parliamentary vote, including Prime Minister Elisabeth Borne in a Calvados constituency that analysts say should be safe.

“In asking his ministers to resign if they run and are defeated, Macron is playing the democratic game. You sense among the French a demand for legitimacy,” said Adelaide Zulfikarpasic of the BVA polling institute.

Voter surveys indicate Mr Melenchon’s alliance will fail to win an outright majority but might well garner enough seats to bring about a hung parliament, likely forcing Macron to strike deals with other centre-right groups.

Mr Macron’s camp has sought to persuade centre-left voters that Melenchon’s bloc – which includes the far-left La France Insoumise (France Unbowed), the Greens and the Socialist Party(PS) – does not represent the views of the moderate left.

Emma Rafowicz, a PS activist campaigning for Beaune’s NUPES rival Caroline Mecary, disagreed. “(Beaune) is an ambassador for retirement at 65, for holding the poor in contempt, for reducing social living allowances,” she said.