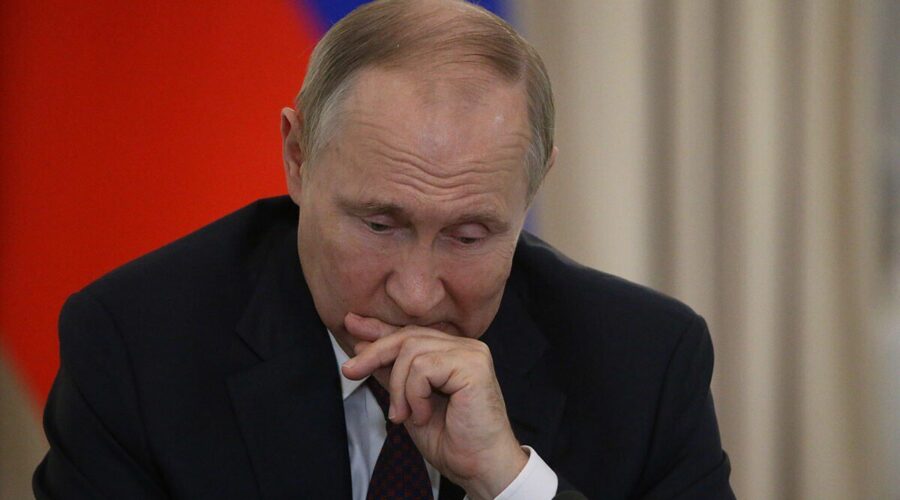 After eight months of fighting, Vladimir Putin has achieved only a few of his military objectives. Russian forces may have annexed four Ukrainian regions in the south and the east, but they failed to take the capital Kyiv and have been driven out of regions near Kharkiv. Many feared at the start of the conflict that Russia would take control of Ukraine in a matter of days, but Western support has enabled Kyiv’s men to defend themselves.

However, Ukraine has also been helped by Moscow’s own failings. A number of experts and reporters have spoken of logistical chaos and low morale within Russian ranks.

Taras Kuzio is a professor of political science and author of ‘Fascism and Genocide: Russia’s War Against Ukrainians’ recently analysed Russia’s standing in the world as a result of the war in Ukraine.

His verdict was resounding – Russia is not a superpower. He highlighted that corruption within the Kremlin has been present since the fall of the Soviet Union in the early 1990s.

Writing for the Atlantic Council earlier this month, Professor Kuzio said: “On the eve of this year’s invasion, the Russian military was widely touted as the world’s number two army, but such claims have been brutally debunked by subsequent events in Ukraine.

“Putin’s army has been exposed in almost every department, from poor leadership and outdated tactics to equally out-of-date equipment. Chronic corruption within the Russian Ministry of Defense has hampered military logistics, with soldiers in many instances receiving kit dating from the 1970s or earlier.

“It has also become painfully obvious that many of the vehicles and weapons listed as part of the vast Russian arsenal exist on paper only. With the war now in its ninth month, chronic supply problems mean that Russia is now increasingly reliant on Iran for drones that it is unable to produce itself.”

The expert also said that Russia’s personnel losses are another measure of how weak the military has become. There are no universally recognised figures, but some estimates have put the Russian death toll at as high as 70,000.

As for the outcome of the war, Professor Kuzio believes Russia is headed for defeat. He concluded: “Russia is heading toward an historic defeat in Ukraine that will have profound ramifications for the way Russians view their state and themselves.

“Defeat in Ukraine will undermine the imperial identity that defines Putin’s Russia. It will force the Russian public to belatedly confront decades of nationalistic myth-making by their own rapacious elites.

“It is still far too early to predict what kind of Russia will emerge from the wreckage of Putin’s Ukraine invasion, but it already looks unlikely that anyone will continue to view the country as one of the world’s superpowers.”

Whether Russia does indeed lose the war could be decided by the next key battle in Kherson, a city in the south of Ukraine that has been occupied by Moscow’s forces since March.

Earlier this week, Putin warned that civilians should evacuate the area, perhaps suggesting that he expects the conflict to escalate there soon.

The Russian President said: “Those who still live in Kherson should certainly be removed from the area of the most dangerous hostilities because civilians should not suffer from shelling, from attacks, counter-attacks or something like that.”

It has also been suggested that Russia could be planning a retreat from Kherson. A Kremlin-installed official said this week: “Most likely our units, our soldiers, will leave for the left (eastern) bank.”

Western intelligence has also raised the possibility. A source described as a ‘Western official’ told Politico this week: “We are confident in our previous warnings that the prospects of Russian military withdrawal from their Kherson bridgehead. Planning is almost certainly well advanced.”