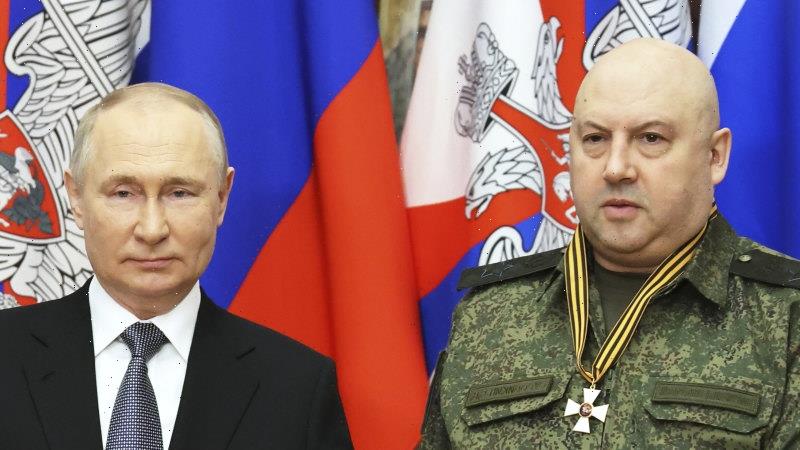 Kyiv/Near Bakhmut: Russia ordered its top general to take charge of its faltering invasion of Ukraine in the biggest shake-up yet of its malfunctioning military command structure after months of battlefield setbacks.

It did so as Russian forces struggled to cement their control of the small east Ukrainian salt-mining town of Soledar after taking heavy casualties, a day after the leader of the Wagner contract militia said the town was under Russian control. 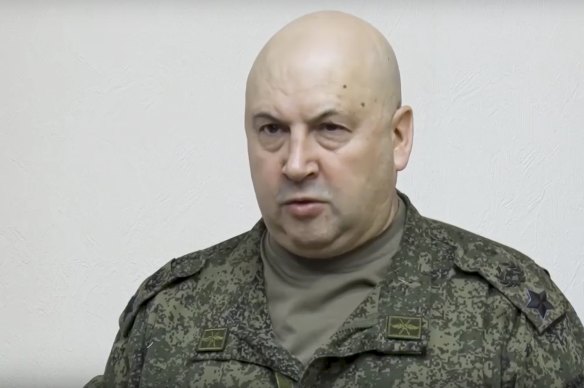 Soledar would be Russia’s most substantial gain since August after a series of retreats before Ukrainian counter-offensives.

Wagner is among a number of semi-autonomous Russian forces whose high battlefield profile after more than 10 months of war has underlined the ineffectiveness of Russia’s core military in a campaign the Kremlin had expected to finish in days. 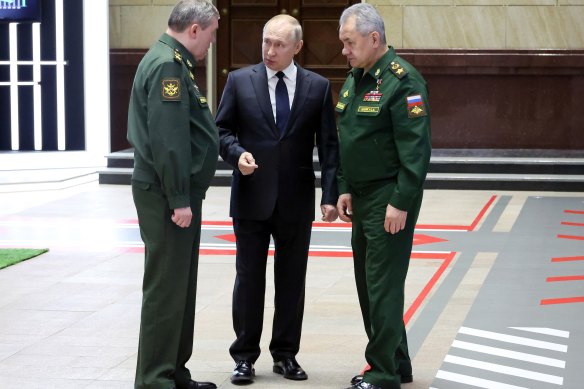 The move not only made Gerasimov directly accountable for the fate of the campaign but also in effect demoted General Sergei Surovikin, who is nicknamed “General Armageddon” by the Russian media for his reputed ruthlessness.

“The increase in the level of leadership of the special military operation is connected with the expansion in the scale of tasks … the need to organise closer contact between different branches of the armed forces, and improve the quality … and effectiveness of the management of Russian forces,” a ministry statement said.

Russian pro-war commentators were not impressed.

“The sum does not change, just by changing the places of its parts,” wrote one prominent military blogger who posts on the Telegram messaging app under the name of Rybar.

He said Surovikin, a veteran of Russian campaigns in Chechnya and Syria, was being made the fall guy for a series of recent Russian military debacles, including a Ukrainian attack on a Russian barracks in the town of Makiivka that killed at least 89 Russian soldiers, including conscripts, at New Year. 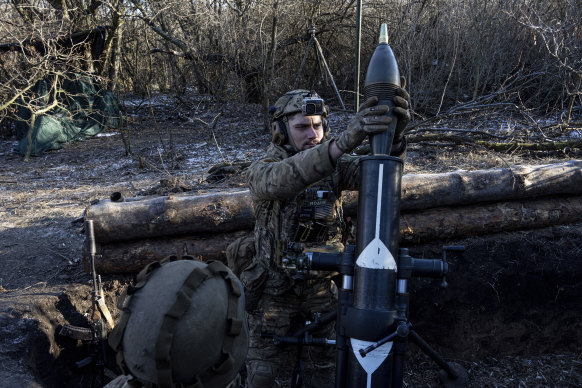 A Ukrainian serviceman prepares to fire a 120 mm mortar towards Russian positions at the frontline near Bakhmut, Donetsk region, Ukraine.Credit:AP

Surovikin had been named Russia’s top battlefield commander in Ukraine only last October after a spate of Ukrainian offensives that turned the tide of the war and drew attention to poor training, equipment and morale among Russian forces.

Russian and Ukrainian forces were engaged in intense fighting on Wednesday over Soledar – a stepping stone in Moscow’s thrust to capture Ukraine’s entire Donbas region – albeit with the Russians appearing to have the upper hand.

Wagner, which has spearheaded the assault, on Tuesday claimed to have taken control of the town although pockets of Ukrainian resistance were holding out in the centre.

Russia’s Defence Ministry said on Wednesday that airborne units had cut off Soledar from the north and south.

But Ukraine denied that the town, which had a pre-war population of around 10,000, had fallen.

“The enemy has again replaced its units after sustaining losses, has increased the number of Wagner fighters and is trying to burst through our forces’ defence and fully seize the city, but is not having success.”

“Let’s not rush, let’s wait for official statements. There is a positive dynamic in progress,” Kremlin spokesman Dmitry Peskov said.

Reuters was unable to independently verify the situation in Soledar. But a Reuters photographer who reached the outskirts in recent days said many residents had fled along roads out of the town in perishing cold.

She said smoke could be seen rising over the town and the incoming artillery fire was relentless, and that ambulances were waiting to receive wounded on the road from Soledar to Bakhmut.

Russia has targeted Soledar as a platform to attack the nearby city of Bakhmut, which has held out for months against a Russian onslaught and is a supply line hub in eastern Ukraine.

Peskov reiterated previous Kremlin statements that Moscow would prefer to achieve its aims by political and diplomatic means. But he said there was no immediate prospect of talks, given the positions of Ukraine and the West, which call for a total Russian withdrawal from all occupied Ukrainian land. They have dismissed Russian statements on talks as mere propaganda.

Vevgeny Prigozhin, head of the Wagner private militia and a close ally of President Vladimir Putin, had said late on Tuesday that Wagner units had seized “the entire territory” of Soledar, although fighting continued in the town centre.

Russian state news agency RIA said Wagner had taken over Soledar’s salt mines and a photograph on Wagner’s Telegram channel appeared to show Prigozhin and his fighters inside a mine.

Denis Pushilin, leader of the Russian-held part of Donetsk province, said Soledar’s capture would enable the taking of more significant towns further west in what Russia has recognised as the Donetsk People’s Republic – centre of Ukrainian heavy industry and one of four provinces Moscow says it has “annexed”.

US analyst Michael Kofman said victory in Soledar would come at a high price for Russia. But he added on Twitter that the battle could also damage Ukraine’s counter-offensive plans and worsen the pressure on Bakhmut.