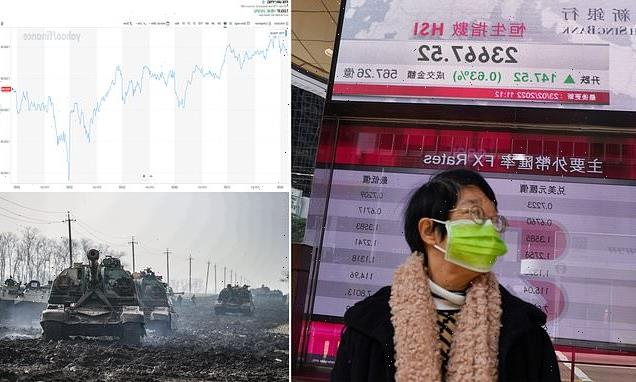 FTSE rises by 0.5% or 36 points to 7,530 as global markets creep back but analysts warn they could plunge at any minute as nervous investors keep a watchful eye on Ukraine crisis

Shares in Britain edged up today as investors cautiously assessed the Russian troop movements near Ukraine and the Western sanctions against Moscow.

The FTSE 100 in London was boosted this morning by strong earnings from Barclays which nearly tripled profits, and upbeat performances in mining stocks due to a rise in nickel and aluminium prices.

The index of Britain’s biggest companies was up by 0.5 per cent or 36 points to 7,530 today, while the Dax in Germany and CAC 40 in Paris both posted rises – but investing experts said recent volatility which has hit stocks is ‘set to remain’.

Mining stocks gained 0.8 per cent amid the tense developments in eastern Europe and the possibility of further sanctions on Russia, a major producer of the metals.

Shares in Barclays rose 3.7 per cent after the bank revealed pre-tax profits were better than expected as they soared to £8.4billion in 2021, after it released cash set aside for pandemic loan losses and notched up record investment banking earnings.

Markets in Asia including Shanghai, Hong Kong and Seoul all advanced overnight, while oil prices edged higher on concerns about disruption to Russian supplies.

PAST WEEK: The FTSE fell by 100 points yesterday before recovering – and it’s up again today

PAST MONTH: The FTSE has been relatively stable over the past month before falling yesterday

PAST TWO YEARS: The FTSE nosedived at the start of the pandemic but has since recovered

Meanwhile oil prices surged towards $100 a barrel, reaching $99.50 – the highest since 2014 – as traders feared Russia could disrupt supplies to Europe.

It comes as Boris Johnson was urged to impose tougher sanctions on Russia as the Foreign Secretary said the Government was already considering a number of further measures to stop Vladimir Putin’s incursion into Ukraine.

The Prime Minister is likely to come under fire in the Commons today over the punishment doled out to Kremlin-linked oligarchs and banks in response to Russian aggression. 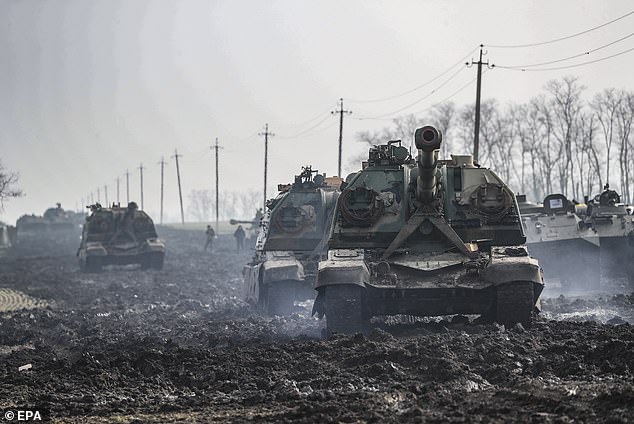 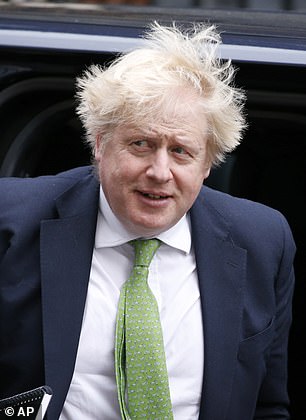 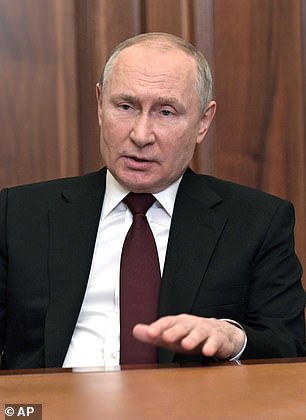 Prime Minister Boris Johnson (left, in Westminster yesterday) warned that Russian President Vladimir Putin (right, at the Kremlin on Monday) is bent on ‘a full-scale invasion of Ukraine’

The Prime Minister has faced criticism from all sides for not going far enough when he announced his clutch of measures yesterday.

He had announced that three billionaire allies of the Russian President and five Russian banks would face punitive measures.

Similar sanctions have been announced by allies in the European Union and the United States.

Calls have also been held between UK ministers and their counterparts in Baltic states which may feel under threat by Russia’s actions, as the US sent troops already stationed in Europe to Estonia, Latvia and Lithuania in what was called a ‘defensive’ move. 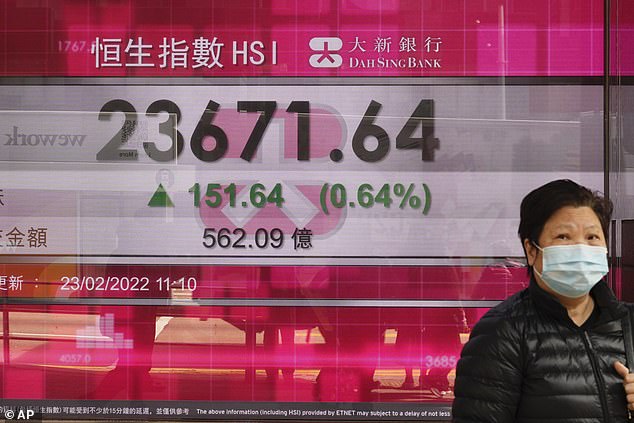 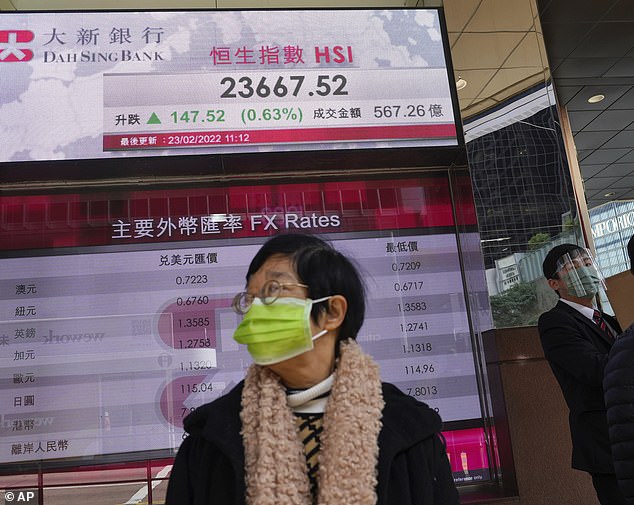 Susannah Streeter, senior investment and markets analyst at Hargreaves Lansdown, said today: ‘Investors are increasingly tense as hopes of significant talks aimed at solving the crisis evaporate and the first sanctions have thrown been thrown into Russia’s path with threats of more to come.

‘The volatility which has hit stocks is set to remain as traders assess this latest attempt to slow down the march towards a full invasion of Ukraine.

‘President Biden may say he hopes that a diplomatic solution will be found, but it’s the equivalent of shouting through the letter box given the summit door has been slammed shut.

‘Oil prices are still hovering near seven year highs and with the Nord Stream 2 pipeline plans halted, gas prices are likely to stay highly elevated with fewer supplies set to come through and could rise sharply if aggression intensifies.’