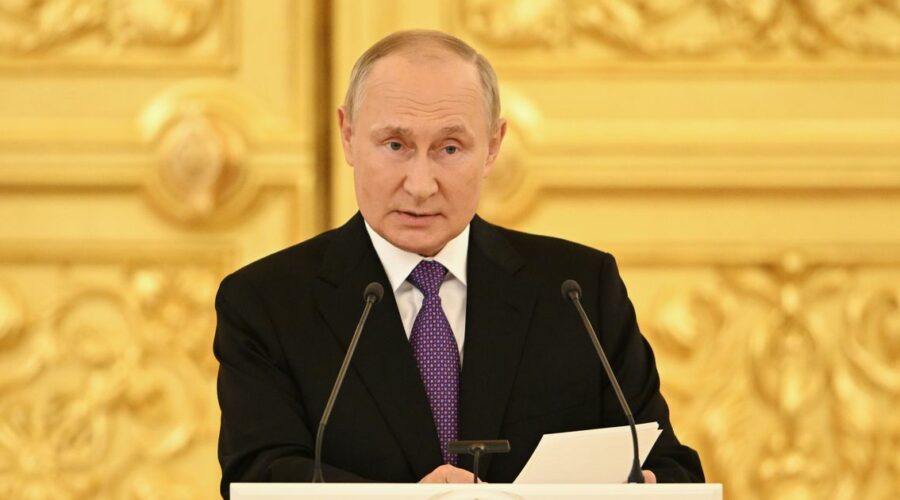 President Vladimir Putin has been mocked for his 'Poundland' war-mongering after formally annexing four regions of Ukraine in a Kremlin ceremony.

He said that Moscow would triumph in its "special military operation" against Kyiv even as some of his troops faced potential defeat.

The Russian leader added that he was ready to continue a battle for a "greater historical Russia " using whatever tools he had at his disposal.

READ NEXT: Devastated dog stands over ruins of Ukrainian home after Russian attack kills his family

Referring to the four Ukrainian regions which he said Russia was annexing, Putin said: "People living in Luhansk, Donetsk, Kherson region and Zaporizhzhia region are becoming our compatriots forever."

He also claimed that the people of Donbas have been "victims of inhumane terrorist attacks conducted by the Kyiv regime" and it is their "integral right" to become part of the Russian federation.

Putin added: "We will defend our land with all our strength and all our means," calling on "the Kyiv regime to "immediately cease hostilities and return to the negotiation table".

The ceremony culminated in the 69-year-old leader chanting "Russia Russia!" as he clasped the hands of the four Russian-backed officials he wants to run the annexed regions, which Ukraine is fighting to win back.

However he and his country were later referred to "Poundland" versions of Ukraine as a clip from his speech was shared on social media.

Other people also slammed the speech. A second user said: "Does he think he can mark his territory by spreading bits of conscript around?"