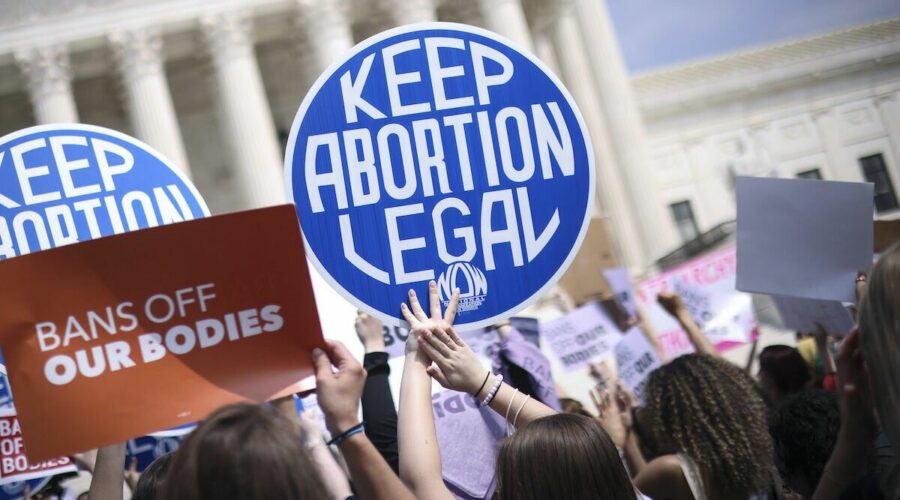 Elizabeth Warren says 'we will fight back' against abortion ruling

Roe v Wade is a historical judgement that has guaranteed generations of abortion coverage for Americans since 1973. The ruling held that the US Constitution protects people’s bodily autonomy and struck down federal and state abortion laws prohibiting the practice. Republicans have recently moved to dismantle its scope, and leaked documents show that the conservative-dominated court is poised to bring their attempts to the federal level.

Roe v Wade was a 1973 court battle that saw legal advocates for the pseudonymous “Jane Roe” convince the Supreme Court by seven justices to two that the 14th amendment guaranteeing a “right to privacy” covered women’s bodily autonomy.

The leaked document written by associate Justice Samuel Alito has claimed the ruling was “egregiously wrong from the start”, however.

His document contained a majority opinion from the court’s nine judges that called to overturn it.

Politico first received the ruling, which was written in February and alleged the 1973 decision came from “exceptionally weak” reasoning.

Republican-appointed Justice Alito stated it has had “damaging consequences”.

The court held that it “must be overruled” to “return the issue of abortion to the people’s elected representatives”.

While its contents are unequivocal, the document doesn’t yet have official legal bearing on abortion at a federal level.

Their vote assigned Justice Alito the majority opinion and wrote the draft, which has since been circulated among court members but not published.

Chief Justice John Roberts said the leaked document “does not represent a decision by the court or the final position”.

There is no definite confirmation that it could become official or when this could happen.

In this case, it would rule in favour of Dobbs v Jackson in a far-reaching case deciding the state’s right to prohibit abortions after 15 weeks of pregnancy in 2018.

In supporting Mississippi it would also allow nearly half of US states to introduce abortion-prohibiting legislation.

At least 22 states have constitutional amendments they could apply after the court repeals Roe v Wade.

Others have launched legal action against federal abortion guarantees, such as Texas, which introduced controversial laws in 2021.

Abortion will remain guaranteed in 16 states that have drafted local laws upholding the ruling, Washington DC, New York and California among them.

While the court has claimed the decision puts the power back in the hands of voters, most Americans support Roe v Wade.

Polling conducted in 2020 by AP VoteCast found that 69 percent of American covers supported the 1973 decision.

Fewer than half – 29 percent – believe the courts should overturn it.