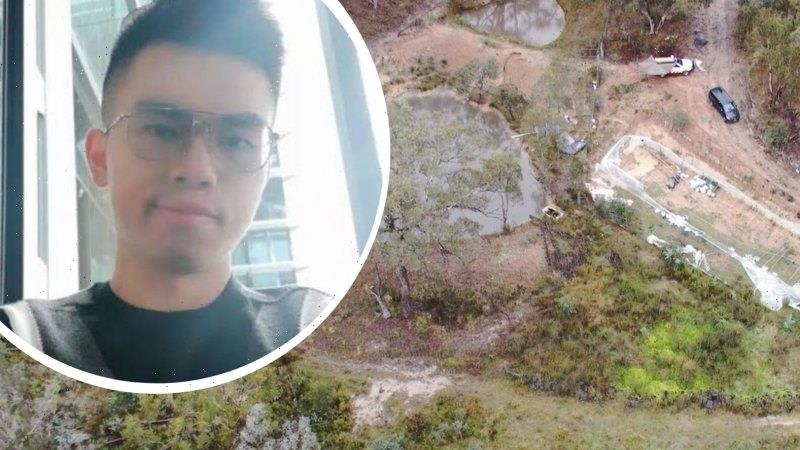 NSW Police detectives believe they have found the remains of a 24-year-old Malaysian national, who went missing following a suspected “gruesome” murder near Bathurst.

“Jacky” Kai Wong Chong was working as a marijuana crop sitter for a south-east Asian crime group at the end of December 2020 while ostensibly holidaying in Australia. Police say that Mr Wong was monitoring between 500 and 1000 plants. 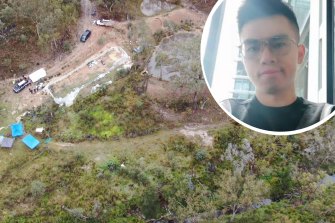 Police searched a number of properties in relation to the alleged murder of “Jacky” Kai Wong Chong, inset.Credit:NSW Police

The group were growing commercial amounts of marijuana on a remote property about 40 kilometres from Bathurst before Mr Wong was killed due to a dispute over money with more senior members of the gang, police allege.

After three men were charged with murder in recent weeks, detectives have been searching the rural property in Killongbutta for Mr Wong’s remains. Police say human remains were found about 3.30pm on Sunday.

“The remains will be subject to forensic examination and further analysis, including DNA testing,” police said in a statement.

“While the remains are yet to be formally identified, they are believed to be that of “Jacky” [Kai Wong Chong].”

Investigators into the alleged murder said he last spoke to a relative in Malaysia in late December 2020.

Three men – aged 33, 22 and 28 – were arrested and charged last month over their alleged involvement in the murder following an investigation into the alleged marijuana syndicate. All three remain before the courts.

After Mr Wong vanished, it is alleged that Junqi Huang, one of the men charged with his murder, attempted to extort money from his family by offering information about Mr Wong’s whereabouts for money.

His Malaysia-based family refused to pay. They are “enormously upset” about his alleged murder, police say.

“This particular syndicate was targeting young individuals on the premises of raising money. Money is at the heart of this. It often leads to them working in isolated areas,” drugs and firearms squad Commander Detective Superintendent John Watson said last week.

“The circumstances of his death are particularly gruesome.”

He was charged with a slew of offences including murder, cultivating a commercial quantity of cannabis and dishonestly obtain a financial advantage by deception.