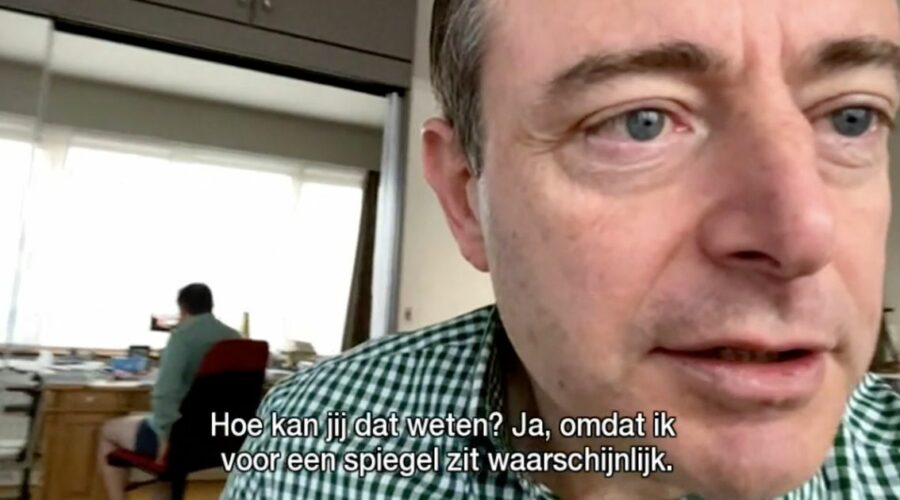 A mayor was left red-faced after being caught wearing no trousers during a live video call on a radio show.

Belgian politician Bart de Wever, who is also a leader of the New Flemish Alliance, suffered a wardrobe malfunction when he appeared on Belgian radio channel Radio 2 on January 2.

The clip shows host Kim Debrie chatting to Mr De Wever, who is staying at home at the moment, about the end-of-year celebrations and his good intentions for 2021 before she mentions his gaffe.

She asks: "You are wearing a very nice shirt, probably you donned it especially for us.

"But under that shirt, could it be that you are there in your underwear?"

The Antwerp mayor seems to realise the blunder and says: "How can you know that?

"Damn, because I’m probably sitting in front of a mirror. I had not taken that into account."

He turns the camera around and reveals the reflection from the full-body mirror behind his working desk, exposing his bare legs.

"The year begins with a particularly embarrassing moment," he admits. "I will remember this for a long time."

The leader of French-speaking liberals Mouvement réformateur, Georges-Louis Bouchez, poked fun at the mayor and took to social media to offer De Wever a pair of shorts in the colours of the Belgian flag.

This is not the first time politicians have been caught in a blunder during video calls.

A Labour Party councillor had a dangerous mishap when he accidentally set his notepaper on fire during a Zoom meeting with the Resource Allocation Sub-Committee last month.

Spanish councillor Bernardo Bustillo dropped a full-frontal nudity scene when he walked out of a shower naked during an online meeting.