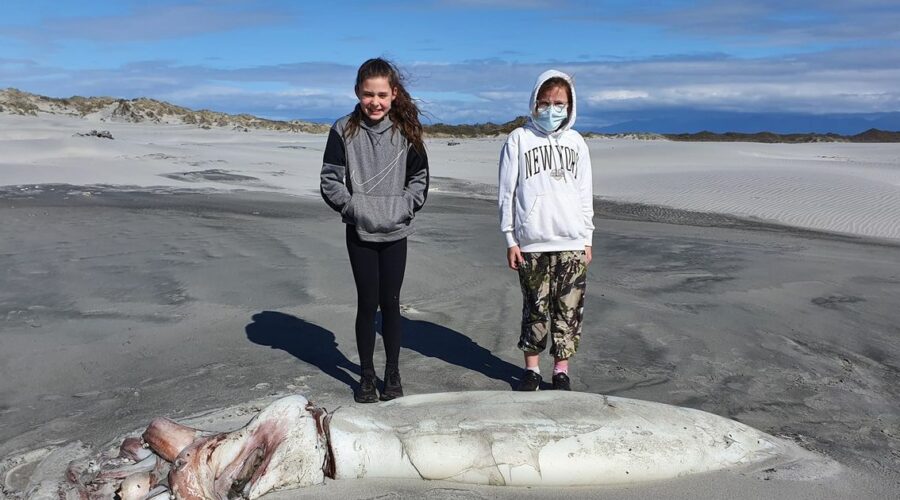 The body of a giant squid has washed up on a tourist beach half-eaten, stunning locals.

It is unknown what had started to devour it, but it offered a disgusting reminder to those on the New Zealand beach that even the biggest beasts out there are something else's lunch in nature.

The corpse of the giant ‘sea monster’ is an extraordinarily rare find – giant squid are elusive, often living between 300 and 600 metres deep.

The guide of the tour that happened across the creature said it was a "once-in-a-lifetime" find, The New Zealand Herald reports. Part of the cephalopod family, it measured four metres long and was found on September 9 at the appropriately named Farewell Spit, on the northern tip of New Zealand’s southern Island Te Waipounamu.

It was half buried in the sand when it was discovered by the guide, who had been alone at the time but quickly called over a tour group to come and have a look. Anton Donaldson, the Farewell Spit Tours guide who was leading the group, said: "It's not a common find on any beach, so if you're able to be there at the right time, it's a once-in-a-lifetime opportunity.”

He did however add how striking it was to see a "magnificent example of a large sea creature" dead on land.

Giant squids are the second biggest type of squid on the planet, with only the colossal squid coming in bigger – they can be as long as 13 metres.