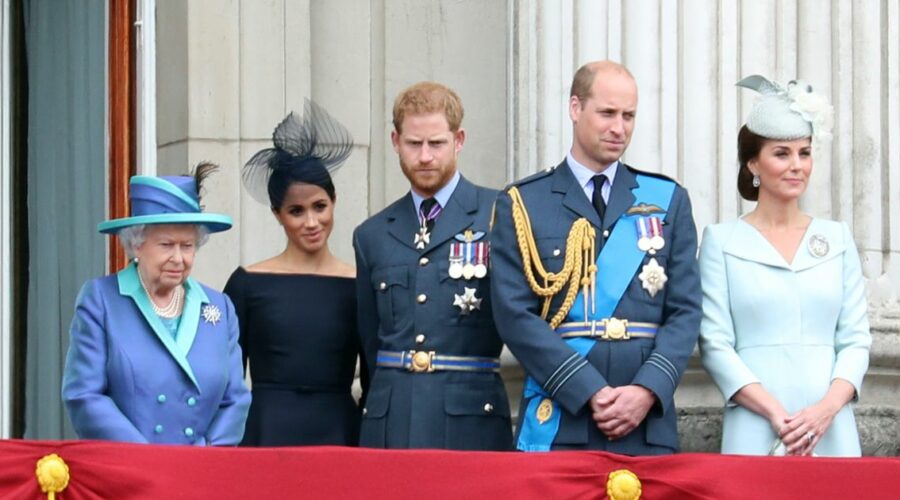 An actual Karen has gone viral on Twitter after demanding the social media giant fix their algorithm so that future monarchs Prince William and Kate Middleton trend – rather than Harry and Meghan.

Since the Duke and Duchess of Sussex arrived back in the UK for the first time since 2020 yesterday (June 1), their every move has been ravenously followed by legions of fans.

By comparison, attention paid to the second in line to the throne William has been slight – despite his expected leading role in the Trooping of the Colour today (June 2).

And for one fan of the Cambridges, the 'disgusting' situation would not stand.

Find out everything you need to know about the Platinum Jubilee by clicking here.

Quick as a flash a helpful bot arrived and asked Karen what she meant before it swiftly got an earful.

Karen screamed in reply: "I think it’s disgusting that Meghan and Harry are trending during the Queen Jubilee while William and Catherine the future king and Queen are not.

"Can you please fix your algorithm?"

The exchange was picked up on by Royal expert Omid Scobie who reposted it saying: "Karen would like to speak to the manager."

This inadvertently kicked off a civil war between fans of the house of Cambridge and the Sussex Squad.

A loyalist to Kate and Will shot back: "She is right; #MeghanAndHarry have trended this whole week."

Soon things turned ugly with one person even comparing Karen to a bin.

One cackled: "The jealousy is clear! It ain’t Twitter’s fault that Harry and Meghan are much more popular than the you-know-who’s."

Finally, a rare voice of reason in the thread highlighted how ridiculous the argument was.

They said: "Oh my God! Now I heard it all …some people are not going to survive this jubilee."

Whether or not Meghan Markle and Kate Middleton discuss the looming Twitter war when they meet at Trooping of the Colour today is unknown.

Harry and Meghan will gather on the balcony nearby Horse Guards Parade with the Duchess of Cambridge and the Duchess of Cornwall while Prince Charles and Prince William lead the parade.