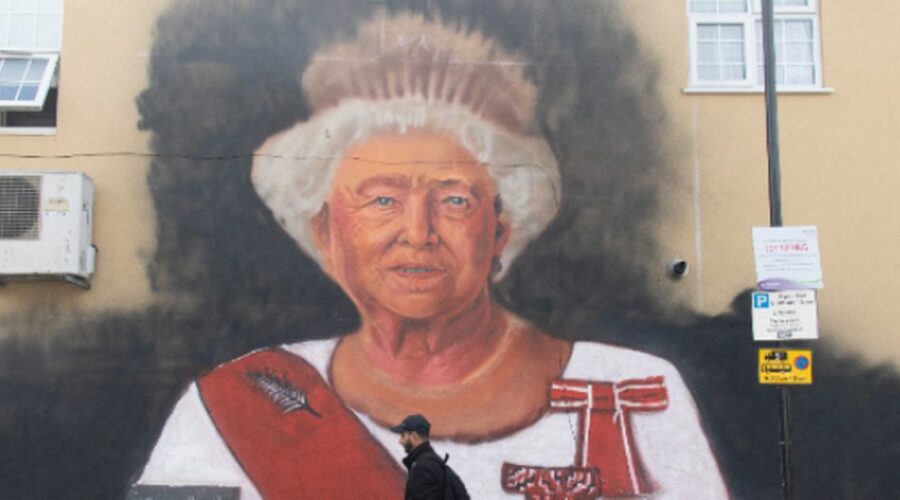 A mural in honour of the Queen has been ridiculed for looking nothing like Her Majesty.

Since the death of the 96-year-old last week (September 8), murals and street paintings have appeared all over the country in her honour.

And while most of those have been praised for how the look, one specific one in Hounslow has seen the public give a less-than-flattering reaction.

The mural has been pained on the side of a house opposite Hounslow East Underground station, and was actually created by Guinness World Record holders Jignesh and Yash Patel.

However, many – in fact almost everyone – on social media was quick to point out that it looks nothing like the Queen.

Some tweeted that it had “similar vibes” to the infamous bust of Cristiano Ronaldo unveiled at Madeira Airport in March, 2017.

User David MacLean compared it to another famous recent death.

He wrote: “When you're half-way through your Gorbachev mural and news breaks…”
Anothe asked who the mural was actually meant to be, to which some replied that it was former Columbian goalkeeper Carlos Valderrama.

Other comparisons were made with Nelson Mandela, Brian May and former Mayor of London Ken Livingstone.

Speaking to local press, artist Jignesh said: “This artwork will not only give the tribute to the Queen but also will be a piece of art that will be enjoyed by thousands of people across the UK for many years to come.”

According to My London, both muralists Jignesh and Yash hold five world records between them, including one for creating the largest bubble wrap painting, which was created last year by filling 200,000 bubbles.

They also created a famous mural of artist Vincent Van Gogh on the front side of a terraced house, also on Kingsley Road in Hounslow.

As long as the local community enjoys it, it doesn't matter what Twitter thinks…right?