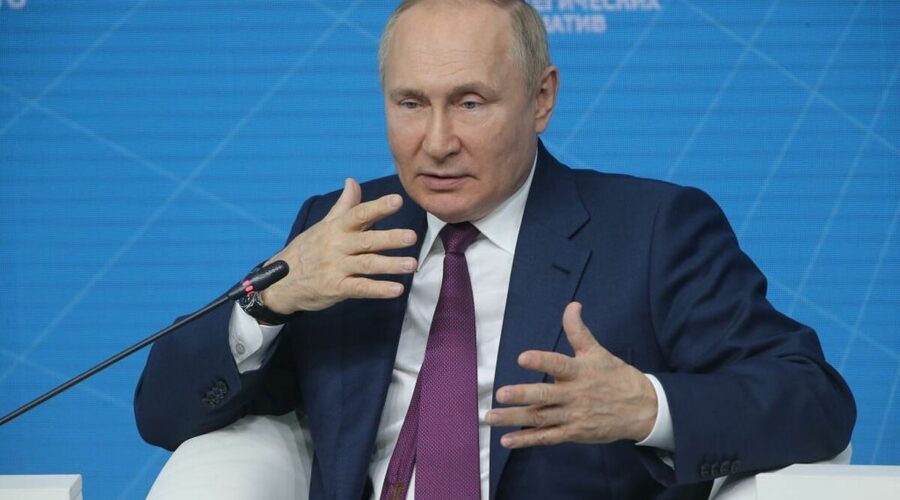 It comes after Kyiv hit the city’s Antonovsky bridge with Western supplied Himmers rocket launchers. The strike was the opening salvo in the Ukrainian counter offensive to recapture the strategically important city.

Kherson is likely to be the site of the next key battle as fighting in the Donbas region slows.

The 1000-metre-long bridge has been used by Russian forces to resupply the occupied city.

However, it has been left “completely unusable”, according to a Western official following the strike.

As a result it will be more difficult for Moscow to move heavy armour into Kherson or remove its troops in personnel carriers. 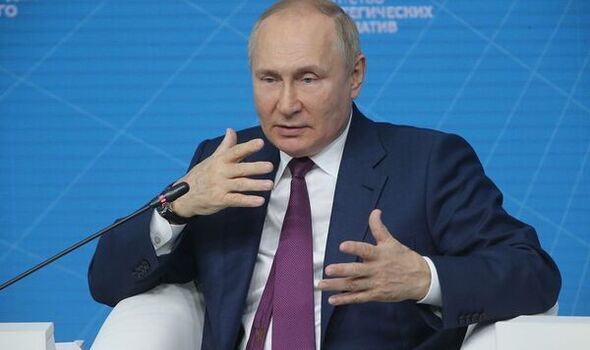 The Western official told The Daily Telegraph that the Ukrainian counteroffensive was “gathering pace” and bridges would be the key target.

“As with so many wars, one central part of the campaign is boiling down to a race to seize and destroy bridges.”

The Ukrainian Defence Ministry warned “Russian occupiers in Kherson” to “retreat or be annihilated” in a post on Twitter, clarifying “the choice is theirs”. 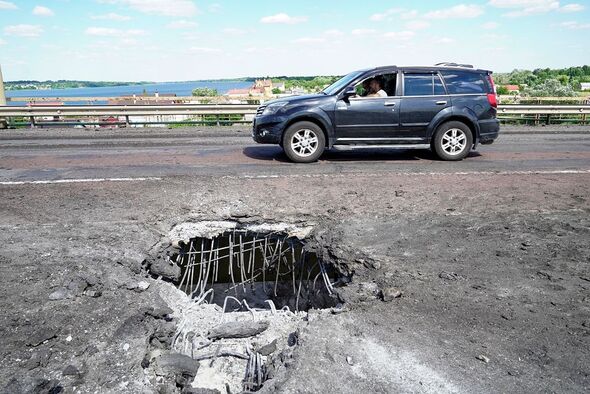 Mikhailo Podolyak, an adviser to President Volodymyr Zelensky, wrote on Twitter that Russian troops may have to “swim” to avoid the wrath of Kyiv’s troops.

He said: “Occupiers should learn how to swim across the Dnipro River.

“Or (they) should leave Kherson while it is still possible.

“There may not be a third warning.”

Footage released by the Russian installed government in Kherson on Wednesday showed blast holes in the middle of the road.

The destruction of the bridge over the Dnipro River threatens Russian supplies from the rest of the Kherson region as well as Crimea which was controversially annexed by Moscow in 2014 and used as a launchpad for the invasion.

Russian military blogger Voennyi Osvedomitel said the attack on the bridge would have a “cumulative effect” which would lead to a “weakening” of the structure.

He said: “First, the consequences of the shelling of the bridge have a cumulative effect, that is, each subsequent attack does more damage than the previous one, not only due to an increase in the number of hits but also due to an increasing weakening of the canvas structure.

“Secondly, alternatives in the form of pontoons and ferries are vulnerable to enemy fire many times more than a large bridge, only one MLRS missile will be enough to disable them.”