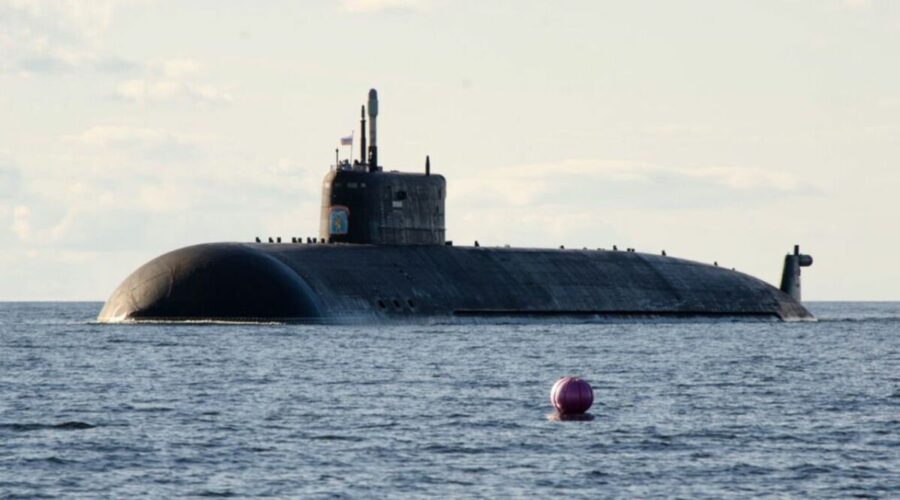 Vladimir Putin’s nuclear “tsunami” torpedoes could “plunge Britain into the depths of the sea”, a report has claimed. A Kremlin insider revealed Russia loaded its first batch of Poseidon nuclear torpedos onto its Belgorod submarine.

A defence source told state news agency TASS: “The first Poseidon ammunition loads have been manufactured, and the Belgorod submarine will receive them in the near future.”

The weapon is nuclear-armed and powered which enables it to travel thousands of miles to a target.

It has been claimed the weapon could be used against Ukraine’s southern coastline or western warships.

The Mirror reported that at least 30 so-called “super torpedos” are being supplied to the Belgorod.

It is 21 metres long and two metres wide, is believed to be able to reach underwater speeds of 80mph and is said by Moscow to be “unstoppable.”

A Russian source also told the Mirror: “The first of the Poseidon ammunition has been made and the submarine Belgorod will receive them in the near future.”

The vessel is said to be able to hold at least six Poseidons at any one time.

The brag about it being able to “plunge Britain into the depths of the sea” was made by a pro-Putin TV host in Moscow.

The Russian President unveiled the so-called Poseidon project in 2018.

He boasted: “They are very low noise, have high manoeuvrability and are practically indestructible for the enemy.

“There is no weapon that can counter them in the world today.”

However, the latest announcement comes after the UK signed a tank deal with Ukraine.

Prime Minister Rishi Sunak recently revealed the UK will send Challenger 2 tanks to Ukraine in a bid to assist the ex-Soviet state amid Russia’s ongoing invasion.

Around 30 self-propelled AS90s are expected to arrive in the ex-Soviet state soon after.

The UK will also begin training Ukrainian troops to use the tanks and guns in the coming days.

However, Kremlin spokesman Dmitry Peskov said: “These tanks are burning and will burn just like the rest.”

He also suggested supplies were an attempt to draw out the conflict.