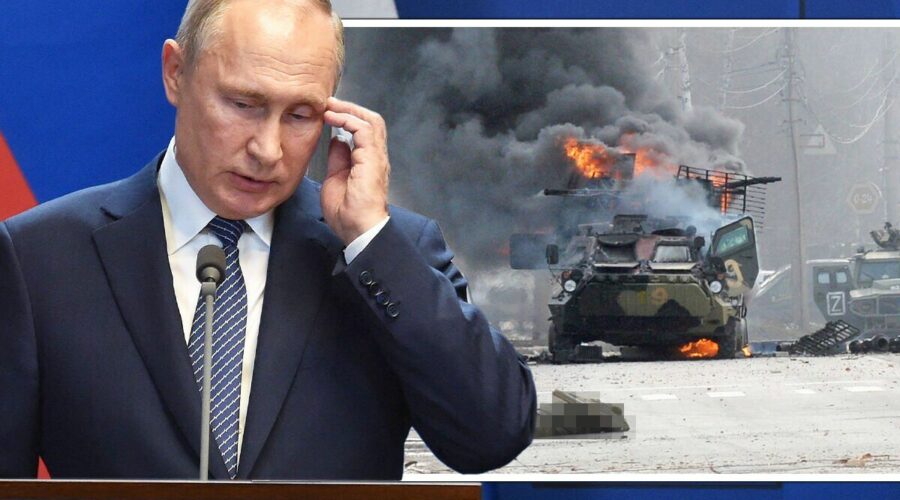 Vladimir Putin is “unlikely to be around for his next birthday” as he struggles to survive the humiliation suffered by Russia during the war in Ukraine, according to a retired US Army Lieutenant General. Tens of thousands of Russian troops have either been killed or injured during the conflict, scores of its military vehicles and equipment destroyed by Ukrainian forces. Fearsome counter offensive operations from Ukrainian forces have forced Russian soldiers backwards out of key regions they had to be occupied.

Putin’s desperation is starting to show with his partial mobilisation plan to recruit 300,000 additional troops being shamed as thousands of people were pictures trying to flee the country.

Russia also continues to be hit by crippling economic sanctions from Government’s around the world that is blowing an increasingly huge hole into the country’s economy.

The Russian President’s reported deteriorating health has been the subject of widespread speculation, and one expert believes the pressure and humiliation in the battlefield could get the better of him before his next birthday in just under a year.

Ben Hodges, a retired US Army Lieutenant General who served as Commanding General in the US Army Europe, told Express.co.uk: “I don’t expect Putin to be around for his 71st birthday. I’m not talking about a coup or being drugged in Red Square or anything like that.

Lieutenant General Hodges added: “Dr Timothy Synder wrote an article and in it he talked about Putin’s number 1 objective is to remain in power and preserve his regime.

“At some point he is going to have to decide just continuing this in Ukraine, does that help him stay in power? I don’t think so and I think he realises that.”

Putin’s presidency has also been the centre of claims “political elites” within the Kremlin are becoming increasingly frustrated with his failing war plan and could be plotting to force him from power.

Colonel Richard Kemp, a retired British Army officer who served for nearly 30 years, told Express.co.uk: “There are definitely rumblings among the political elites in Moscow and dissent among some of his close military allies.

“They and politicians in Russia are making very unusual public dissent. It is very possible some of the political elites in Moscow might be planning to get rid of Putin and that is a very distinct possibility. You can’t say it will happen and I know it’s not easy, but I think it is certainty a likelihood.”

Lieutenant General Hodges added: “There is a significant power struggle going on inside the Kremlin. You have people that are even more ultra-nationalist and hawkish than Putin that are unhappy with how it’s going.

“When you go below that, there does seem to be a widening gap between the general staff and Putin himself. I don’t think Putin trusts his generals much anymore and that’s why they have finally found Sergei Surovikin, whose two redeeming qualities seem to be brutality and loyalty.

“You can’t conceal this from the general population forever – the number of casualties, the fact this is going to continue, the impact of sanctions.

“There is a large percentage of the population that think this is great and were cheering the recent missile strikes on Ukraine, but I’m under no illusion there is going to be a massive uprising in Russia, and I don’t think Putin can count on unbridled support any longer.”

Last week, Ukraine’s Head of Intelligence claimed it is unlikely Putin will stay in power until the end of the war, with “active discussions” happening in Russia over who will replace him.

Russian troops have been fleeing large parts of eastern Ukraine as the opposition continue their fierce counter offensive strategy, with a focus on recapturing the city of Kherson.

Major General Kyrylo Budanov believes Kherson could be retaken by the end of next month and added that a counter-offensive to recapture Crimea could happen next year.

The Ukraine spy chief told The War Zone: “It’s unlikely that he survives it. And currently, there are active discussions happening in Russia about who’d be there to replace him.”