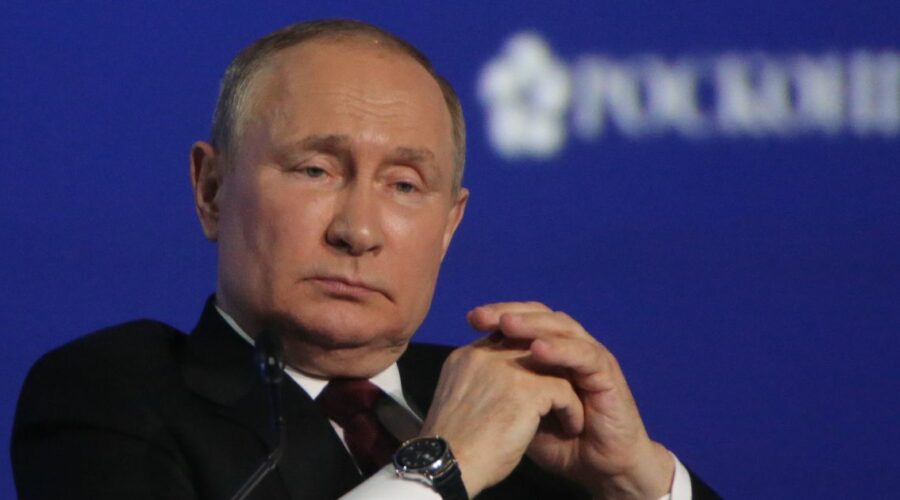 Vladimir Putin contradicted himself when he said that Russia doesn't threaten anyone with nukes before hurriedly reminding everyone that the country does have the dangerous weapons – and "will use them".

The power mad Russian President was speaking at the International Economic Forum in his native Saint Petersburg when the topic turned to a possible nuclear war.

The 69-year-old said that high ranking politicians "cling to" rhetoric that "Russia is a threat."

"We are not a threat," he said, quelling any suggestion of a nuclear war, before stoking fears immediately afterwards by adding: "Yet, everyone should know what we have them and that we will use them if we need to protect our sovereignty."

When Putin ordered the invasion of Ukraine in late February he also ordered the deterrent forces, which include strategic nuclear forces, to be put on high alert.

In early June, the Ministry of Defense conducted exercises with the use of Yars nuclear missile systems, Russian site Pravda reported.

US Ambassador to Russia John Sullivan called Lavrov's comments about the risk of a nuclear war to break out "nuclear blackmail".

The Kremlin has warned of using the "most decisive response" to any action against Putin's "special operation" in Ukraine.

Speaking to the Express, nuclear expert Valerii Korshunov described what will happen to a person if nuclear weapons were to be deployed on the ground.

Mr Korshunov used the WWII Hiroshima nuclear bomb to describe what the aftermath of the use of such weapons would be.

He said: "Yes it will be like Hiroshima when after, you will only have a dark shadow on the concrete."

US Florida Republican Representative Michael Waltz pushed for NATO to get involved in the ongoing Russian invasion.

Speaking on the possibility of chemical or nuclear warfare, Mr Waltz said: "President [Joe] Biden should have been setting red lines from the beginning with the use of weapons of mass destruction.

"I believe that red line…that would be the line for NATO to become directly involved.

"We cannot allow chemical weapons, or God forbid, tactical nuclear weapons, to be the next rung in the escalation ladder that we allow Putin to go."

However,Dmitry Medvedev, Security Council deputy chairman warned in May that NATO arms supplies to Ukraine and NATO exercises near the border with Russia increase the risk of Russia-NATO confrontation.

This, in turn, threatens a "full-fledged nuclear war."