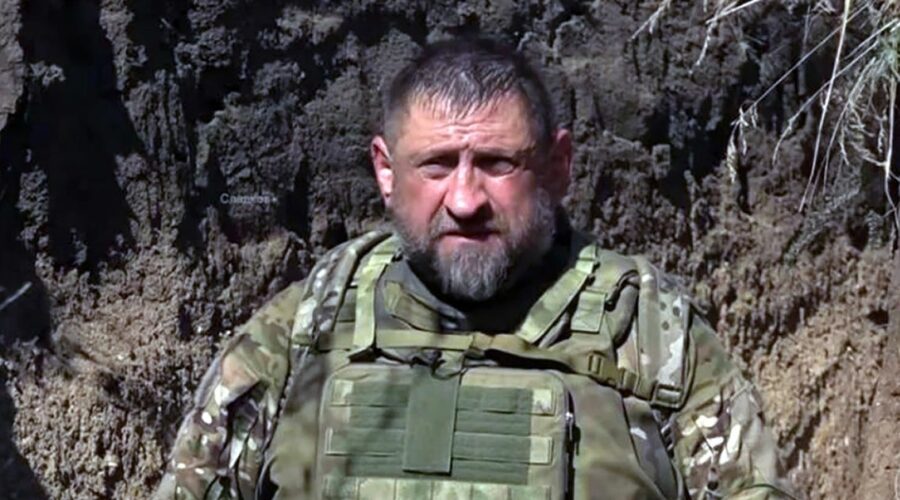 A news reporter for a Russian state TV channel told his 730,000 social media followers last night that Russian leader Vladimir Putin would soon have no choice but to obliterate Ukraine with nuclear weapons.

Aleksandr Sladkov, who is billed as Rossiya-1's chief military analyst, said Putin will soon have “no way back” and his only choice would be to unleash Russia ’s nuclear arsenal, leaving “a crater the size of several regions” in Ukraine.

Sladkov is currently reporting from Ukraine, uploading videos showing what he claims is evidence of Ukrainian war crimes and pictures of "faulty weapons" issued to Ukrainian troops.

But Sladkov was widely mocked last month when he showed pictures of a captured Ukrainian grenade launcher which he described as covered in American “secret code”. The “code” was in fact instructions on how to use the Polish-made weapon written in Polish.

But his reports from the war zone continue, and last night he said the time may be approaching for the “last resort” in Ukraine because of the number of countries now supplying President Volodymyr Zelenskyy’s troops with arms.

“There is more and more talk about nuclear weapons, and Russia has much to say about it,” Sladkov posted.

“We have a solution for Ukraine.

“There are several, yet we are getting reminded about the last resort – nuclear weapons".

“If no-one is going to hear us," he added, "and 40 countries keep helping the Ukrainian neo-Nazis, we will have no way back.”

He reminded his audience that America had dropped atomic bombs on Japan " in a demonstrative way" in 1945 and that " Russians will have to demonstratively do it in Ukraine to remove the issue with further confrontation with those known 40 countries."

He added: "A crater the size of several regions will be a clear example of how serious is Russia’s appeal to NATO to get back to peace and harmony.

“But where will Ukraine go?" Sladkov asked, before continuing: "Exactly where it's heading right now, with the only difference that it’ll be fast, and cheaper for Russia.

“The Europeans and Americans can’t quite get it that one must not harass a neighbouring country with such a giant nuclear potential.

“Thinking about it, I remember just how easily the US used nuclear weapons on Hiroshima and Nagasaki, and how easily they nearly deployed them at Dien Bien Phu in 1954.”

Sladkov warned: “Everything is possible, and this is what the Americans teach us.

“And we are learning – not that any of this will make it easier for Ukraine.”