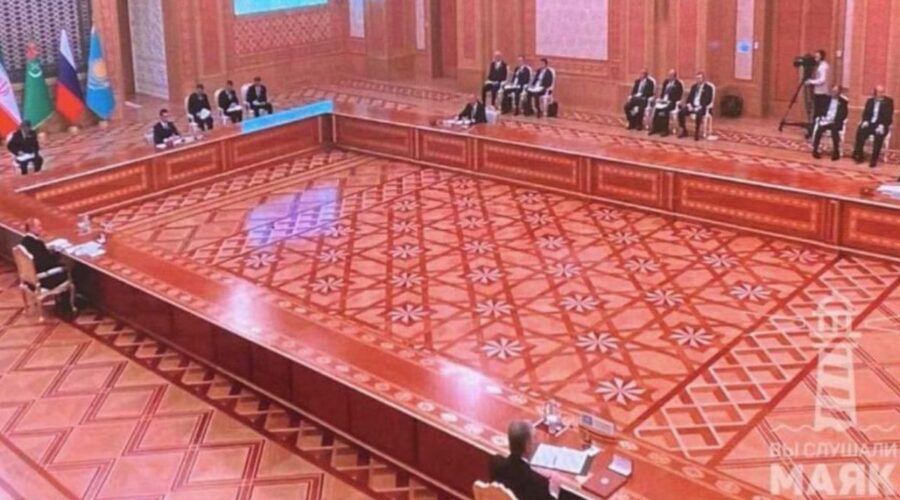 The picture shows Putin seated around a huge table far away from anyone else in the room, leading to suggestions the Russian leader is “paranoid”.

Michael McFaul, the former US Ambassador to Russia, shared the photo, writing: “Crazy photo! Further evidence that Putin is paranoid and not suicidal.”

It’s not the first time Putin has opted for a comically large table during a meeting.

In February, the Russian leader met with French President Emmanuel Macron and the pair sat down for talks at a confusing large five-metre-long table.

Speculations over Putin’s mental state have been growing since he first called the orders to invade Ukraine in February. 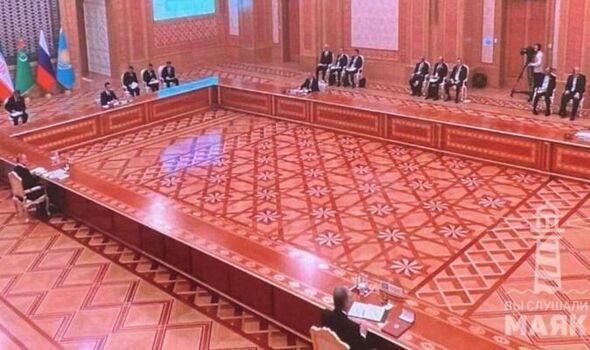 Boris Karpichkov, a former KBG agent who defected from Russia, previously called Putin “insane” and said he was becoming “obsessed by paranoid ideas”.

He said: “He sees literally everyone, including those inside the Russian security services and even inside his close inner circle, to be traitors.

“He is so suspicious and so obsessed with his paranoia ideas that he can be now compared with Stalin tyrant.”

Stalin’s last years were marked by paranoia and mistrust. He had one of his doctors imprisoned after he suggested the dictator should retire from political life to try and improve his health. 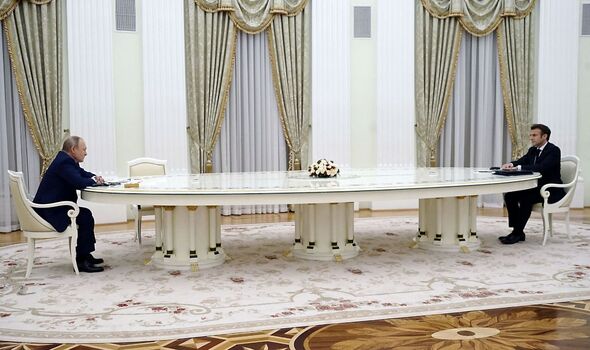 It has also been reported that the paranoid despot also uses a body double to stand in for him at Kremlin meetings over fears the country’s military top brass could stage a coup to oust him.

An intelligence source told the Daily Star: “We know Putin is paranoid about his security and this move just shows how seriously his team are taking the threat against his life.

“His close protection team make sure his food is checked, no one gets close to him without their ­approval.”

Putin met with Turkmenistan, Iran, Kazakhstan and Azerbaijan leaders for the sixth Caspian Summit on Wednesday. 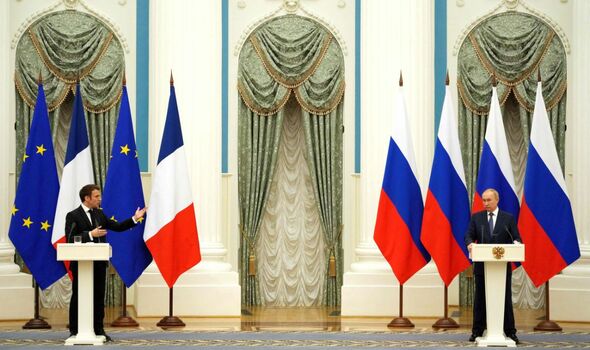 During the meeting between the former Soviet Union nations, the leaders spoke about expanding partnerships across the countries in politics, security, the economy and nature conservation.

Putin noted that trade and relations between Russia and Azerbaijan have been gaining momentum in recent times.

Despite close ties between Moscow and Azerbaijan, the country has previously sent humanitarian assistance to Ukraine to help during the conflict.

However, the country has not joined international sanctions against Russia and failed to condemn Moscow at the United Nations General Assembly vote, in March.