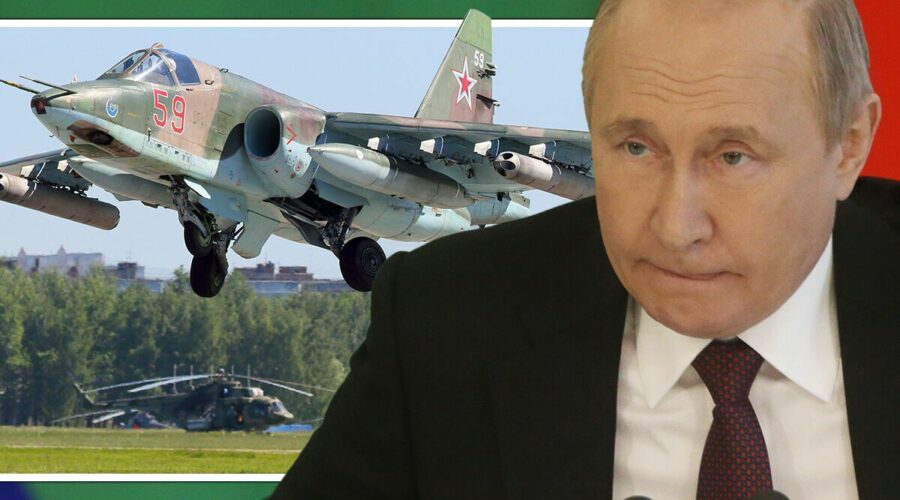 Russia: NATO must 'fight back as hard as possible' says expert

A £9million Su-25 military aircraft crashed in Rostov Province, southern Russia, leading to the death of its pilot. The Russian Ministry of Defence announced the incident this morning. The crash occurred during a routine training flight, and happened far from residential areas, according to the Russian defence ministry.

It reports that according to preliminary data, the cause of the accident may have been a technical malfunction. An investigation team from the Russian Air Force is working to uncover the circumstances of the crash.

The Sukhoi Su-25 is a subsonic, single-seat, twin-engine jet aircraft, first developed in the Soviet Union.

It has been in use in combat for 40 years, including in Russia’s annexation of Crimea in 2014. In Putin’s 2022 illegal invasion of Ukraine, Russia reported the loss of an Su-25 due to “pilot error” on the very first day.

Since then, several have been lost to Ukrainian forces, including an instance on May 24 when Ukraine claimed to have shot down retired Major General Kanamat Botashev flying an Su-25 using a Stinger missile.

Ukraine has also been known to make use of Su-25s during the war. 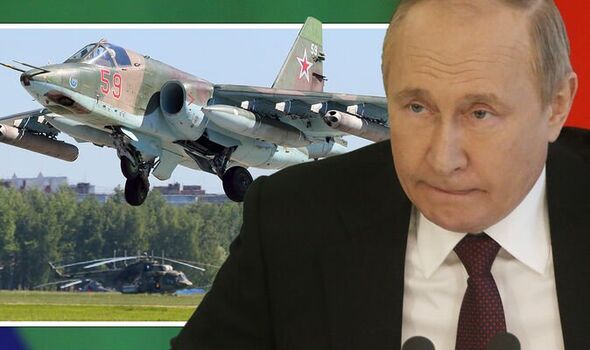 It comes just a week after a £41million Su-34 bomber, tipped to be one of Russia’s most powerful assets, was shot down by Ukrainian forces. Last week, the powerful jet was taken down in Izyum, a city near Severodonetsk.

The statement went on to detail how the bomber was shot out of the sky. It said: “The Russian aircraft operated in pairs, attacking the positions of the Ukrainian defenders.

“After entering the defence zone, one of the hostile aircraft changed course, while the other pilots decided to try their share. 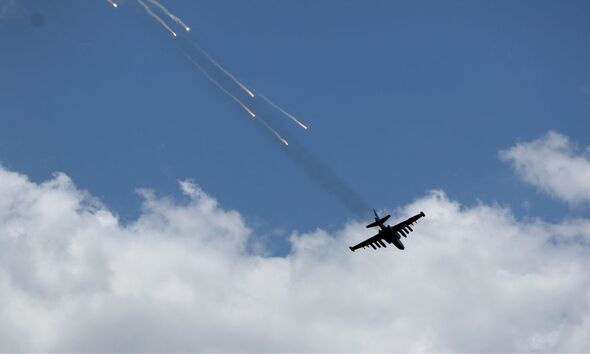 “The aircraft fell on the occupied territory. Whether the pilots survived the crash is to be clarified.”

The Ukrainian Air Force added that a Russian Orlan-10 UAV was also shot down by a surface-to-air missile unit.

Before the war, the Su-34 was considered one of Russia’s most valuable warplanes, as it is able to fly in any weather and at night and operate as both a fighter and a bomber.

It has a range of 600 miles and a payload enabling it to carry 12 tons of ordnance. But the modern fighter jet has become a source of mockery for the Russian army.

DON’T MISS: 55% of Russian forces WIPED OUT in Donbas [REVEAL]
What is happening between Lithuania and Russia? [INSIGHT]
Ukraine and Russia to commemorate joint WW2 anniversary [ANALYSIS] 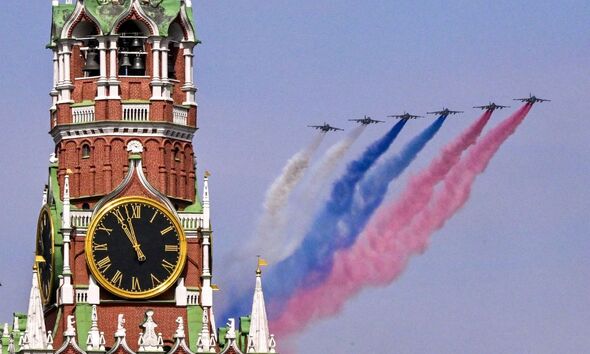 UK Defence Secretary Ben Wallace reported the discovery, saying last month it was due to the “poor quality” of Russian systems.

Meanwhile, one group of Ukrainians have begun giving pieces of down Su-34s as keychains to anyone who donates over $1,000 to the war effort.

Since the invasion began, Russia has lost over 9,500 pieces of equipment, and around 32,300 troops.