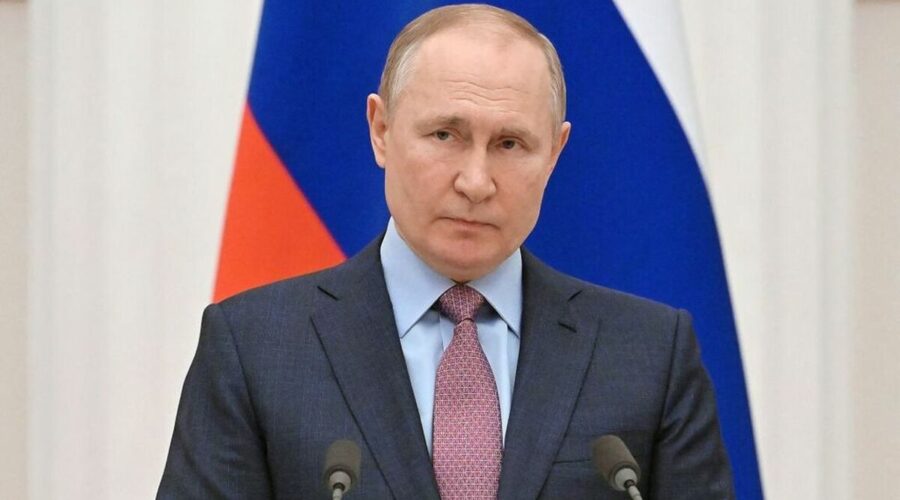 Over 20 Russian diplomats and spies have defected since the invasion of Ukraine, a news report has claimed. The development is a sign of Vladimir Putin’s flailing regime that faces collapse over the war.

A news report by The Mirror claimed that “the unprecedented swapping of sides has spurred the tyrant to put ‘Stalinist’ restrictions on foreign postings.”

Bruce Jones, one of the UK’s top Russia analysts, told the Mirror: “I have been told by very senior and well-informed sources that there have been a number of defections of both Russian diplomats and intelligence officers.

“Some of them are known about publicly but in the background there are many more, possibly more than 20 and this is indicative of an extremely hazardous time for the Kremlin.

“It is likely this is being kept quiet for obvious reasons but these defections are not just to the west but across Asia as well.”

In one Ukrainian strike alone on New Year’s Day as many as 500 troops died after apparently giving their location away by using their mobile phones.

A Ukrainian source told the Mirror: “Losses of up to 500 in one strike are a disaster, a genuine blow to Putin and his position is becoming precarious.

“Defections do reflect this as people become increasingly nervous about the future of their country and it is not looking positive for Putin.

“If something happens to him and those close to him it will happen very fast and from within but these military defeats are a very poor reflection on his decision to go to war.”

Colonel Richard Kemp, who has worked in the top UK Government intelligence organisation the Joint Intelligence Committee said: “Western intelligence will receive potentially very useful information on what is happening within Russia.

“This development could be extremely valuable.

“With the disaster that Putin has brought on Russia there will be many people in influential positions who are desperate to escape.

“There will be among them diplomats and intelligence people who are looking for an alternative.”

It comes as troop losses in Ukraine frontline are soaring towards 110,000 and increasingly Putin is relying on Wagner Group mercenaries.