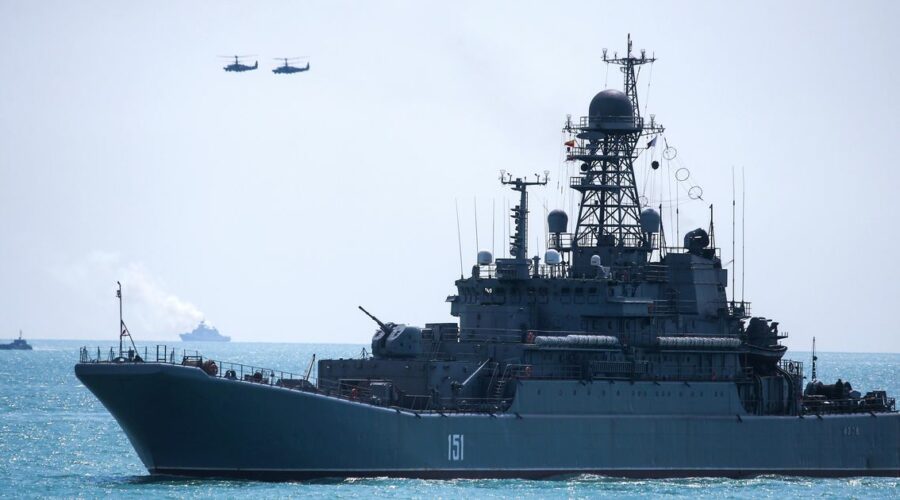 The Russian Navy has begun work on 'high-tech stealth ships' with the hope they will help them avoid detection when crossing into enemy waters.

Vladimir Pospelov, a member of the country’s Military-Industrial Commission, announced yesterday that Russian military shipbuilders are installing a range of tools to try to shield their ships from detection.

The Navy, which is one of the largest in the world, claim that the project is of vital importance for protection against targeted weapons and guided torpedoes.

Pospelov said: "A ship is not a needle. The capabilities of satellite and aerial reconnaissance make it possible to detect any ship, RT reports.

“As soon as any signal-emitting device is turned on, it will be detected by means of electronic reconnaissance."

He went on to explain how the new vessels are taking advantage of technological developments to minimize their physical and electronic fingerprints.

"Past versions of destroyers and missile cruisers resembled a hedgehog, studded with dozens of antennas," he added. "For corvettes, we have now switched to an integrated mast, meaning that all the arrays are hidden within its shell.

“Another way to reduce the signature of surface ships is the use of composite materials and special paints and varnishes."

There are a number of different types of paint jobs that can be given to the vessels which can absorb radar waves at a certain frequency.

This will effectively shield them from being picked up by enemy air defences.

Upgrades have already been completed to increase the number of launchers on at least one frigate, RT reports.

Pospelov claims by the 2030s, Russia should have completed work on new groups of fourth-generation nuclear submarines, as well as commissioning two modernized corvettes.