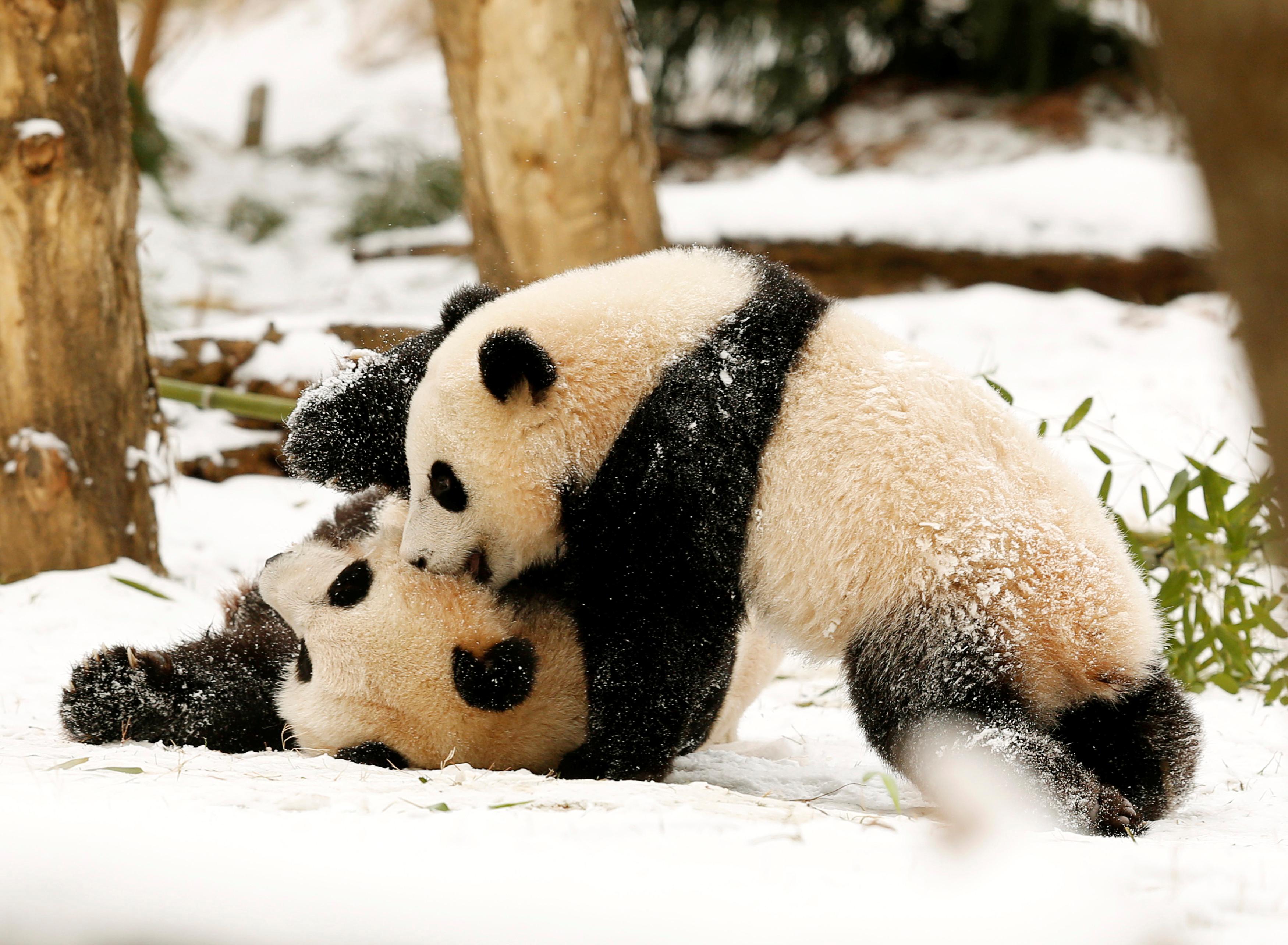 It was too early to tell whether the infant is male or female but the baby marks the fourth successful pregnancy for Mei Xiang, a 22-year-old panda who, because of her advanced age, had a slim chance of having a healthy cub, zoo officials said.

“We are thrilled to offer the world a much-needed moment of pure joy,” said Steve Monfort, zoo director.

The zoo only confirmed this week the presence of a fetus via ultrasound, which they posted online.

News of Mei Xiang’s pregnancy sparked enthusiasm among animal lovers who flocked to the zoo’s panda cams here to get a glimpse of the expectant mother.

Scientists at the zoo first detected fetal tissue last week after Mei Xiang was artificially inseminated in March with previously frozen sperm after previous failed pregnancy attempts and despite being near the end of her reproductive lifecycle.

“We knew the chances of her having a cub were slim,” Monfort said in a written statement. “However, we wanted to give her one more opportunity to contribute to her species’ survival.”

Due to the COVID-19 pandemic, the zoo’s experts implemented special precautions to reduce person-to-person contact during the process.

The father is Tian Tian, who came to Washington with Mei Xiang in 2000. Tian Tian has fathered Mei Xiang’s three other surviving cubs, who have all returned to China under an agreement between Beijing and Washington.

Mei Xiang’s last cub, Bei Bei, left for China in November last year as part of a breeding program that is key to efforts to reintroduce pandas into the wild.

Pandas have been reclassified from “endangered” to “vulnerable” by the International Union for Conservation of Nature, thanks to reforestation to expand habitats in which the species can survive. There are an estimated 1,800 giant pandas in the wild.