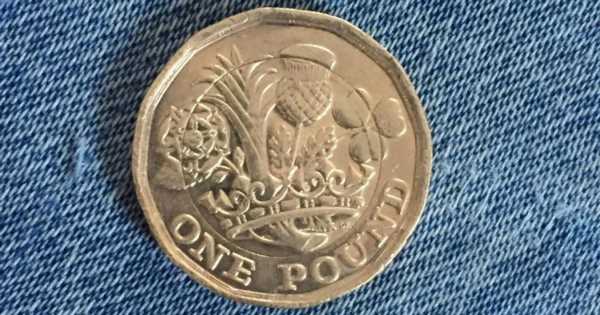 A pound coin which includes a rare error has sold for £205 on eBay.

Instead of having the usual silver-coloured centre, the quid in question had a gold colour all over as the result of an error when it was made.

In the listing description on the popular auctioning site, the seller explained that they "'work in a pub and got this in some change".

But the punter who handed it over when buying drinks may now regret doing so, after a tense bidding war between five different bidders saw the £1 coin sell for more than £200 on August 8.

The Royal Mint produces tonnes of coins each year, meaning it's inevitable for the odd one to include some sort of error.

For those who manage to spot these rare coins, they can often make a lot of money by selling them online.

Last February, someone made £111 from their 'fried egg' pound, which saw the silver-coloured part of the coin sitting slightly off-centre and overlapping the golden-coloured ring around the edge.

As well as coins with errors, limited edition ones can also be valuable – like a 50p coin minted to mark the 250th anniversary of Kew Gardens bringing in £200 on eBay last July.

The limited edition coin has been popular amongst currency collectors since it was issued, with it regularly topping rare coin indexes.

Money experts at ChangeChecker said just 210,000 of the coins had been minted, compared to a standard minting of around five million.

The site said: "It's estimated that just 1 in 300 people are likely to come across the Kew Gardens.

"When you compare its scarcity to the average 5 million coins per design usually issued into circulation, you start to really understand just how rare this coin is."

The coin was designed by Christopher Le Brun and issued in 2009.

It shows the gardens' pagoda encircled by a vine, along with the dates 1759 and 2009 and the word 'Kew' at the base of the structure.

Last month, another rare coin sold for an eye-watering cost on eBay.

The rare 50p coin flogged for £360 after a total of 47 bids were made from eight users.

It features one of the 29 designs to commemorate the 2012 Olympic Games.

The coin was released in 2011 that has the image of a swimmer on one side.

While the 50p is considered rare due to its design, the copy comes with a minting error which is why it's selling for loads on eBay.

The official copy of the coin released for the games has less lines on the design where the swimmer's face is shown off more.

Get the latest news stories delivered straight to your inbox by signing up to one of Daily Star's free newsletters here.