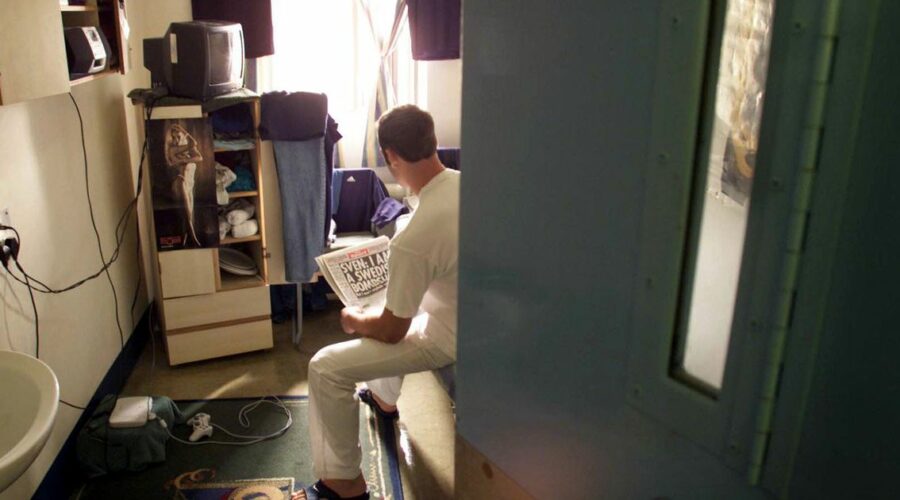 A retired prison guard reveals the bloody and stinking horrors he has witnessed in the "secret service".

David Berridge worked face to face with Britain's most violent criminals from terrorists to serial killers at maximum-security Parkhurst jail on the Isle of Wight.

The 61-year-old's most shocking stories from three decades on the job are now published in a book jam-packed with dark encounters "in the shadows", at what became HMP Isle of Wight in 1995.

David says: “The prison service is very much a secret service. It exists in the shadows.

"The smell of a prison wing is unique, a powerfully pungent aroma of cleaning products, stale body odour, fear, urine and faeces.

"Then there is the cacophony of noise — inmates shouting between cells, at officers, and all manner of banging and clattering."

Britain's most notorious inmate, Charles Bronson was moved to Parkhurst in 1976.

It was here where Berridge saw him almost killed but refused any first aid until he passed out, The Sun reports.

In his book Inside Parkhurst: Stories of a Prison Officer, Berridge continues: "On a warm summer’s day, Britain’s Most Notorious Inmate (BMNI) was on the compound, which was packed.

"Suddenly, the on-duty prison officer noticed a group had surrounded an inmate who was on the ground, struggling to get to his feet.

"BMNI was on the floor, covered in blood. He wanted nothing to do with any first aid. He slowly got to his feet, grabbed a handful of soil and began rubbing it into his numerous, very obvious stab wounds.

"With a punctured body and bruised ego, he walked away — and how the blood poured.

"Eventually, BMNI hobbled and wobbled his way across the yard until he reached the wing, which was now being banged up.

"Once he got back to his cell he collapsed in peace — and only then would he be taken to hospital. He had at least 15 stab wounds and there were no guarantees he would survive.

"A contract had been taken out on BMNI. Most of the other prisoners were terrified of his fearsome reputation and unpredictability. There would be consequences when he returned to the wing.

"But according to the prison grapevine, the matter was in hand — and the prison bigwigs were planning on shipping him out."

Another bizarre instance behind bars was inmate Curry who "let out a blood-curdling cry like an animal" after pouring hot cooking fat mixed with sugar on to his face.

He then wrapped himself in toilet paper "like an Egyptian mummy" and threatened to set himself ablaze with a lighter.

Rather than going up in flames, Curry found himself drenched in filthy cleaning water.

Berridge says in : "For good measure, he had covered the floor in shredded newspaper, so his cell was now a tinder box.

"After 20 minutes trying to reason with the would-be pyromaniac, the by now p***ed-off PO, famous for his short fuse, grabbed a cleaner’s bucket and threw the stinking contents over the inmate.

"He was sodden, coughing and spluttering and angry in the extreme . . . but very much alive."