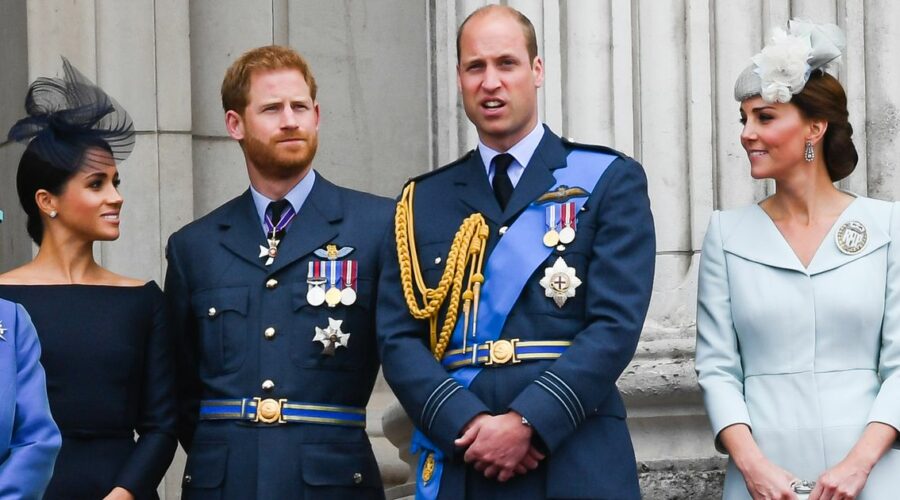 Kate Middleton and Prince William will "avoid" Meghan Markle and Prince Harry during their upcoming trip to the UK, according to a royal expert.

Last month a spokesperson for the Duke and Duchess of Sussex confirmed that they would be making the trip back across the pond in September, in what will be the first visit since the Queen's Platinum Jubilee celebrations in June.

The spokesperson said they would be visiting "several charities close to their hearts", with a trip to the One Young World summit in Manchester pencilled in for Monday (September 5).

They will then go to Germany to attend the Invictus Games Dusseldorf 2023 One Year to Go event, before returning to the UK.

Royal expert Christopher Andersen – author of The Day Diana Died – described the trip as a game of "royal hide and seek" when analysing the Sussexes' and the Cambridges' schedules for the upcoming days.

Speaking to US Weekly he said: "It's going to be interesting in the next few days when Harry and Meghan go to Europe, and they’re gonna be playing royal hide and seek.

"[The Cambridges] are out of the way during the first part of the Sussexes' trip to Britain, but on [September 8] the Sussexes return to Britain from Germany.

"They’re going to be, literally, a brief stroll [from] each other on the grounds of Windsor because the Cambridges have to [return in time to get their] kids in school.

"It’s gonna have all the markings of an old-fashioned farce with these people trying to avoid each other."

Kate and William recently announced they are moving into Adelaide Cottage in Windsor from this month, and Meghan and Harry are expected to stay in Frogmore Cottage, their residence at Windsor.

Andersen went on to say that Harry's upcoming memoir, expected to release later this year and contain bombshell revelations about his family, is why the two couples are walking on eggshells around each other.

Spokespeople for the Cambridges and Sussexes have been contacted for comment.

03/09/2022 World News Comments Off on Prince William and Kate will ‘avoid’ Meghan and Harry on UK trip, expert claims
Markets