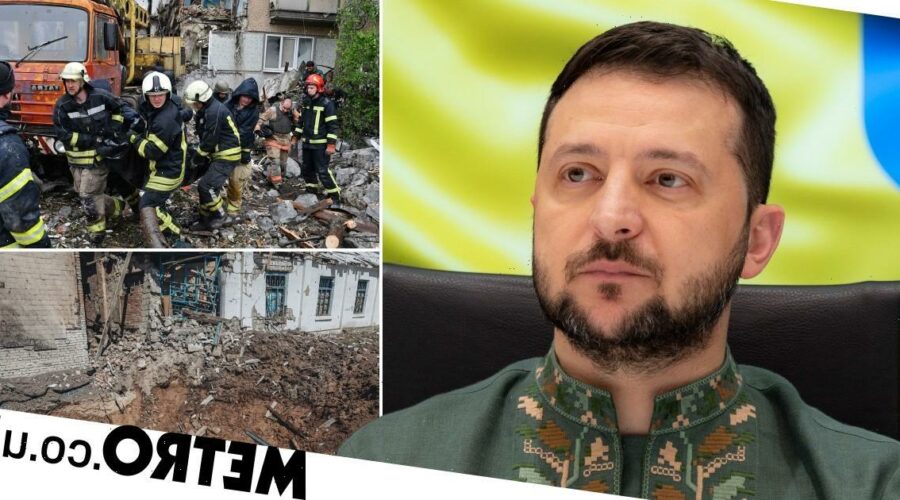 Russia will pay ‘compensation’ for the devastation caused in Ukraine, President Volodymyr Zelensky has vowed.

He has called on other countries to come together to sign a multi-lateral agreement, which would ensure war debt is fully collected.

In an address last night, Mr Zelensky said: ‘We are working to ensure that Russia compensates in one way or another for everything it has destroyed in Ukraine.

‘Every burned house. Every ruined school, ruined hospital. Each blown up house of culture and infrastructure facility. Every destroyed enterprise. Every shut down business, every hryvnia lost by people, enterprises, communities and the state.’

To ensure compensation is paid, Mr Zelensky has urged the world to ‘legally recognise’ Russia as financially responsible for damage caused in Ukraine.

Under the agreement, Russian funds or property under each country’s jurisdiction could be seized and directed to a specially created fund.

‘That would be fair,’ Mr Zelensky said.

‘And Russia will feel the true weight of every missile, every bomb, every projectile it has fired at us.

‘Evil must get a retribution and know that it will be punished.’ 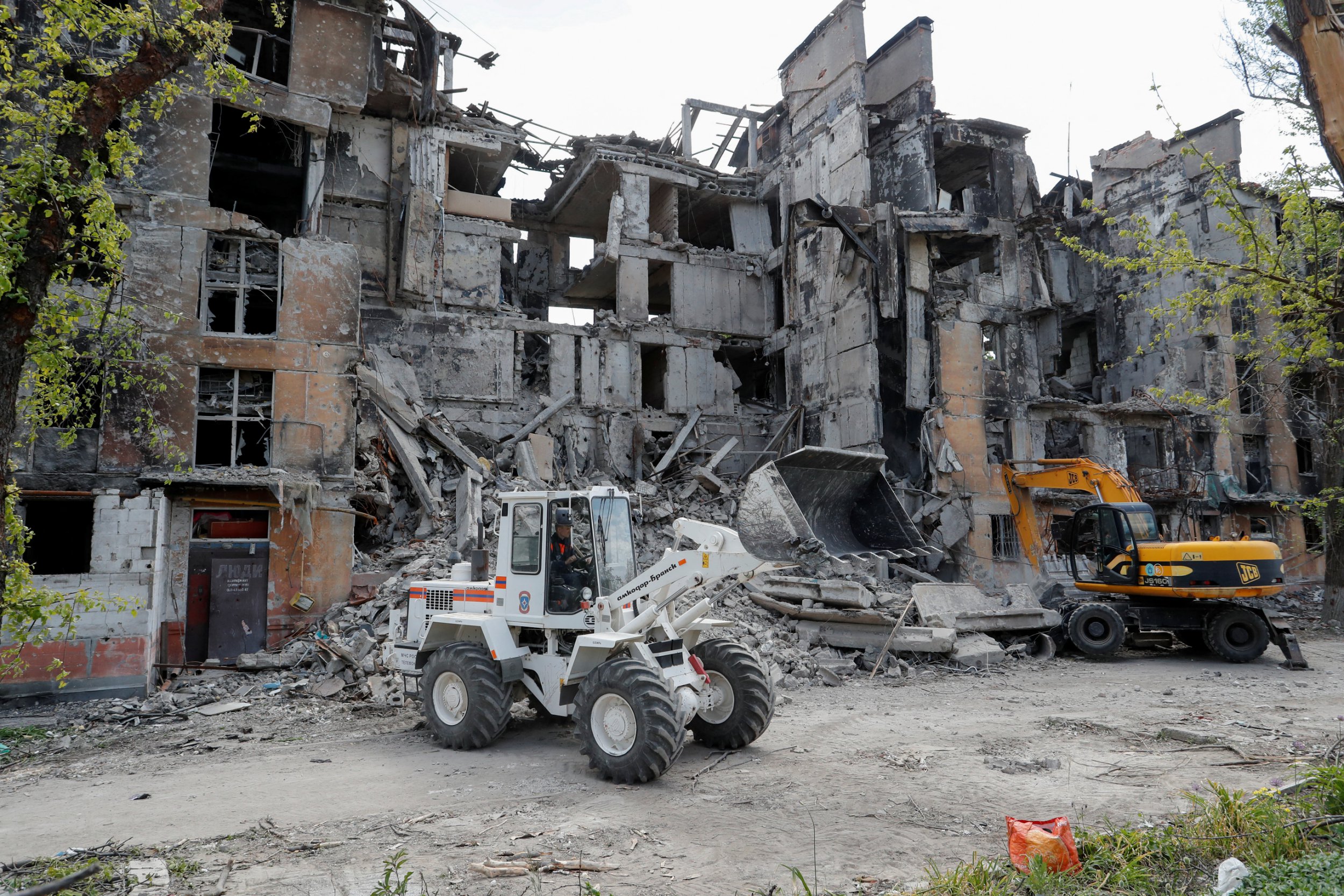 In his late-night address, Mr Zelensky also referenced recent devastation in the Kharkiv region, in the town of Lozova, and across Odeasa, Poltava and Zhytomyr.

He added: ‘Attempts to attack Donbas continue. They completely ruined Rubizhne, Volnovakha, just as Mariupol. They are trying to do the same with Severodonetsk and many other cities.

‘They do everything to erode any normal life in the Kherson region, in those areas of the Zaporizhzhia region where they entered.

‘All this and much more that the Russian army has done since February 24 and since 2014 needs a fair response.’

The President also urged for the prosecution of Russian war criminals to continue, to hold as many accountable for atrocities as possible.

On Friday, Sergeant Vadim Shishimarin became the first Russian soldier to go on trial for war crimes in Ukraine.

The 21-year-old, who pleaded guilty, had been accused of shooting an unarmed civilian with a Kalashnikov assault rifle through an open car window.

His victim, a 62-year-old man, had been pushing a bicycle through the northeastern village of Chupakhivka.

He was shot in the head and ‘died on the spot a few dozen metres from his home’, according to prosecutors.

Shishimarin faces life in prison under a section of the Ukrainian criminal code addressing the laws and customs of war.

In another crucial stage of the war, the battle for Maripoul has seemingly come to an end, after the last remaining fighters defending the Azovstal steel works surrendered.

Russian Defense Minister Sergei Shoigu told President Vladimir Putin that both the Azovstal steel plant and the city had been ‘fully liberated.’

The Ukrainian government called the defenders heroes, saying their stand helped tie down Russian forces and allow Ukraine to succeed elsewhere on the battlefield.

Those inside had no clean water, only enough food for one meal a day, and virtually no medical supplies.

Ukrainian interior ministry adviser Anton Gerashchenko said the defence of the plant would be taught in military schools for years to come.

‘Do you understand what it is to amputate a limb without anaesthetic? What you see in Hollywood horror movies is nothing compared to what the defenders of Azovstal saw and endured,’ he told Ukrainian television.