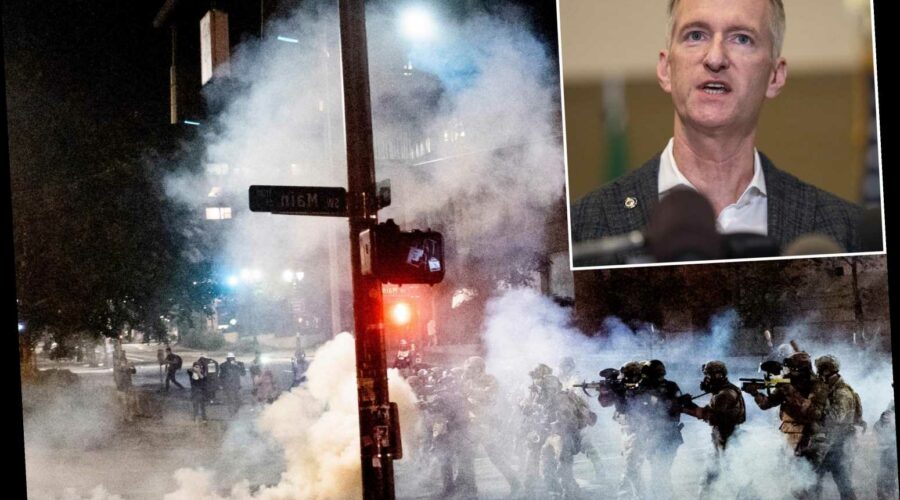 Georgia Republicans have no choice — they must vote in Senate runoff: Devine

After months of mollycoddling, Portland Mayor Ted Wheeler vowed to get tough on Antifa, whose members engage in near-nightly campaigns of mayhem, violence and destruction in the city.

“My good faith efforts at de-escalation have been met with ongoing violence and even scorn from radical Antifa and anarchists,” Wheeler said in a news conference Friday evening. “In response, it will be necessary to use additional tools and to push the limits of the tools we already have to bring the criminal destruction and violence to an end.”

“It’s time to push back harder against those who are set on destroying our community and to take more risks in fighting lawlessness,” Wheeler added.

The Wheeler press conference was prompted by a New Year’s Eve riot near the Mark O. Hatfield Federal Courthouse, which has been a frequent target of the agitators.

“A gathering in downtown Portland has devolved into a riot. Participants have thrown multiple firebombs at officers and launched commercial-grade fireworks at the Federal Courthouse and Justice Center,” Portland police tweeted early New Year’s Day.

Throughout 2020 Antifa rioters had been given free rein in downtown Portland. The situation became so bad that President Trump briefly deployed federal troops to protect US property in the city in July.

“We are trying to help Portland, not hurt it. Their leadership has, for months, lost control of the anarchists and agitators. They are missing in action. We must protect Federal property, AND OUR PEOPLE. These were not merely protesters, these are the real deal!.” Trump said at the time.