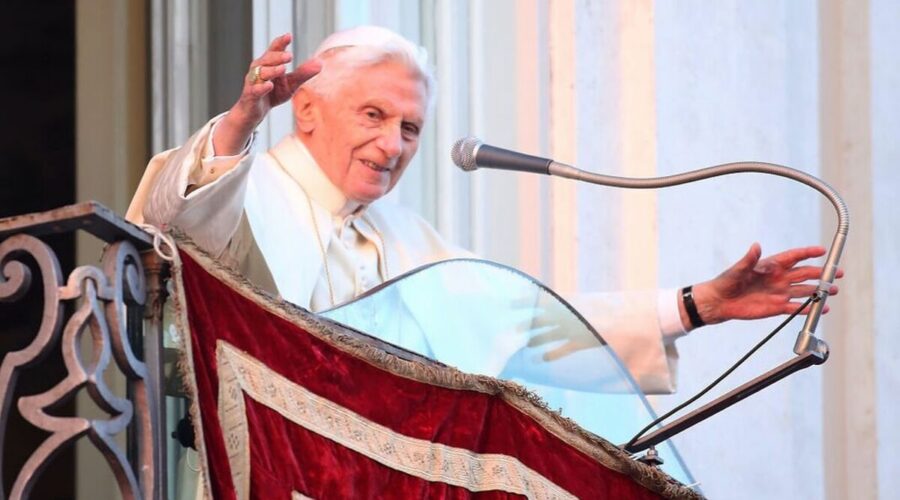 Allies of Pope Benedict are reportedly trying to plot against Pope Francis as the discussion for a potential successor has begun, a news report has claimed. Pope Benedict died on New Year’s Eve at the age of 95, almost a decade after he stood down because of ill health.

Giuseppe Rusconi, a leading Vatican journalist, told The Times that the death of Benedict, formerly Joseph Ratzinger, at the age of 95 would have consequences for his conservative followers and his more progressive successor.

He said: “The conservatives have been weakened by Ratzinger’s death but they will now feel authorised to be more openly critical of Pope Francis, while Francis will no longer feel overshadowed by Pope Benedict and be free to cross new boundaries in his reforms.

“A brake has been removed, both as regards the conservatives’ criticisms and the radical quality of Francis’ reforms.”

According to the report, Benedict’s death could also clear the way for Francis, 86, to resign, raising the possibility of three popes cohabiting in Rome, just as Ratzinger’s momentous decision to step down broke a taboo that had lasted for six centuries.

Sandro Magister, another veteran Vatican observer, noted there was a void on the conservative wing of the church, and predicted a competitive “free for all” in the Vatican, with different agendas jostling for influence.

Magister said Benedict’s continued presence in the Vatican after his retirement had acted as a check on Francis and his supporters.

He said: “[Now] there’s likely to be a free for all, without any clear guidelines.

“We are in a phase of confusion now, the opposite of the clear, limpid, rational thought of Pope Benedict.”

Of the 132 cardinals aged under 80, and therefore eligible to vote in a conclave to elect a new Pope, 83 were appointed by Francis.

His body will be displayed for three days in an open casket at St Peter’s Basilica, with people allowed to pay their respects until 7pm each evening.

Pope Francis will preside over Thursday’s funeral – the first time a Pope will be buried by his successor.

The funeral will take place in St Peter’s Square, before the Pope Emeritus is laid to rest in the tombs beneath the Basilica.

The Vatican released pictures of the body on Sunday, dressed in red papal mourning robes and wearing a gold-trimmed mitre.

Tributes have poured in from around the world, and the funeral is expected to draw crowds of thousands.