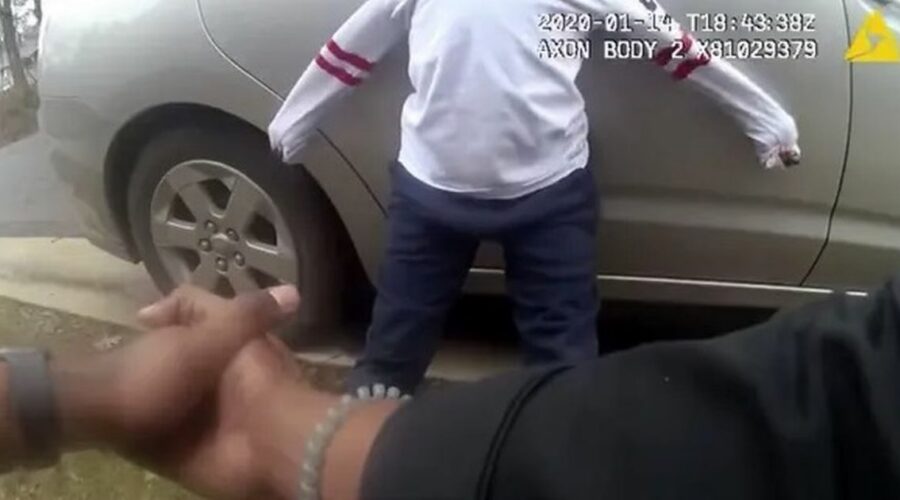 A terrified five-year-old boy was detained by police and threatened with violence after he wandered out of his school, as shown in appalling bodycam footage.

In the clip, released by Montgomery County Police Department (MCPD) the youngster is intimidated by two police officers after being taken to a school building in Maryland, the US.

A second officer screams in the face of the sobbing little boy, standing with her face right up against the child.

When the petrified child continues screaming, she says: "Oh, my God, I’d beat him so bad. You do not embarrass me like this at school."

The footage, released yesterday [March 27] horrified the community and there are now calls for the officers involved to be fired.

Montgomery County Council member Will Jawando blasted the disturbing scenes in the footage said in a tweet: "These officers should be fired & we must continue our work to reimagine public safety."

The video was recorded in January 2020 but has only just been made public after a campaign by Jawando, who said its contents "made me feel sick".

A police department spokeswoman told Washington Post that both officers remain employed by the department after an internal investigation.

He is alleged to have fled school after breaking a computer.

28/03/2021 World News Comments Off on Police handcuff boy, 5, and threaten to beat him after he wanders out of school
Markets