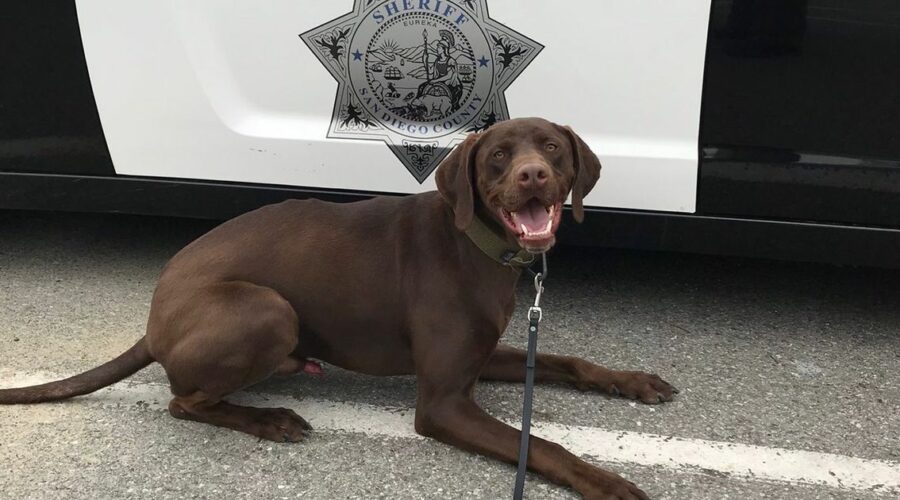 A dog is at the forefront of one of the biggest methamphetamine busts in history where 148 packages of meth were found in a truck at the US-Mexico border.

In what has been classed as a "record-breaking" seizure by authorities, more than 5,000lbs (2,200kg) of meth was confiscated.

The police dog named Milo was given special recognition due to his help in the successful capture of the drug.

Shelly Howe, US Drug Enforcement Agency (DEA) special agent, spoke of her delight in the bust as a huge blow to drug cartels.

"This monumental seizure represents another win against drug cartels that fuel addiction in the United States," she said.

"Because of our great partnerships with other law enforcement agencies, we will continue to disrupt the cartels' flow of drugs into our cities."

The four men arrested are Rafael Alzua, 37, Mario Contreras, 41, Ethgar Velasquez, 44, and Galdrino Contreras, 41, and they were surveilled by agents and were watched unloading "dozens of cardboard boxes" into a Dodge van.

The men were subsequently apprehended by officers and charged with conspiracy to distribute the methamphetamine.

Should the men be found guilty, they are in danger of facing life in prison on top of an £8.4m ($10m) fine.