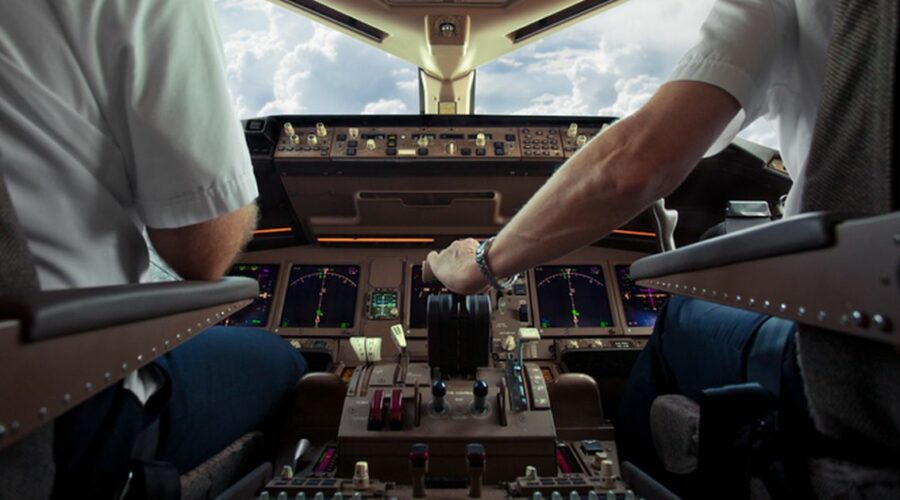 Shortly after the announcement of the Queen's death on Thursday (September 8), pilots around the world were notified of the tragic news while in the air.

One pilot has taken to social media to share a transcript of the message she was sent, via the messaging system that is used by pilots and air traffic controllers to communicate with one another.

Katie received the message over the ACARS (Aircraft Communications Addressing and Reporting System), which laid out what needed to be said to passengers and crew onboard the flight.

She shared the transcript to Twitter, writing that she had been flying through Europe at the time.

She said: "I received the news of the death of Her Majesty The Queen via acars message somewhere over France. Somewhat surreal and extremely sad moment. Goodnight your majesty, you will be deeply missed."

Katie included an image of the message, which read: "It is with great sadness that we have learnt of the passing of Her Majesty the Queen.

"Our thoughts are with the royal family at this difficult time."

Katie explained that she and her crew decided against telling the passengers, typing: "We elected not to, we had Wi-Fi on board so word had spread around the cabin anyway. A poignant moment for sure."

It was when the plane was about to land at London Heathrow, where Katie decided to break the news to the passengers.

She said: "I thought at the moment I should at least tell you that before you arrive at the terminal, because I know many will be very, very sad about this.

"We will all be thinking about her family in this time."

Footage showed cabin crew and the flight's passengers in tears before the plane landed.

The Queen's coffin arrived at St Giles' Cathedral, Edinburgh on Monday (September 12), where it will lie in state for 24 hours.