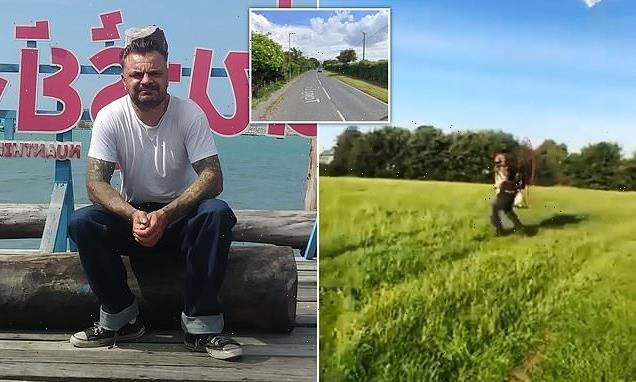 PICTURED: Window cleaner, 54, who died in paragliding accident after ‘getting back into the sport a year ago’ following a six-year break

This video shows the heart-breaking final journey of a paragliding dare-devil who plunged to his death on the return leg of his pleasure flight.

It was released by a friend who was just about to join his two pals in the air when news broke of the death of Shawn Crossfield, also known as Eddie.

The 54-year-old was a well-known window cleaner who lived on the Shirley Estate in Gomersal, West Yorkshire.

Tragedy struck while Shawn was flying with other paragliders, who had just landed safely. One said: ‘I looked back and saw him drop like a stone.’

The group, from Leeds, West Yorkshire, had been taking part in a pleasure flight from the city centre over the surrounding countryside, between Leeds and Bradford.

The video shows him taking off for his final flight from a field near Tong Garden Centre, where the farmer has given permission for hang gliders to use. 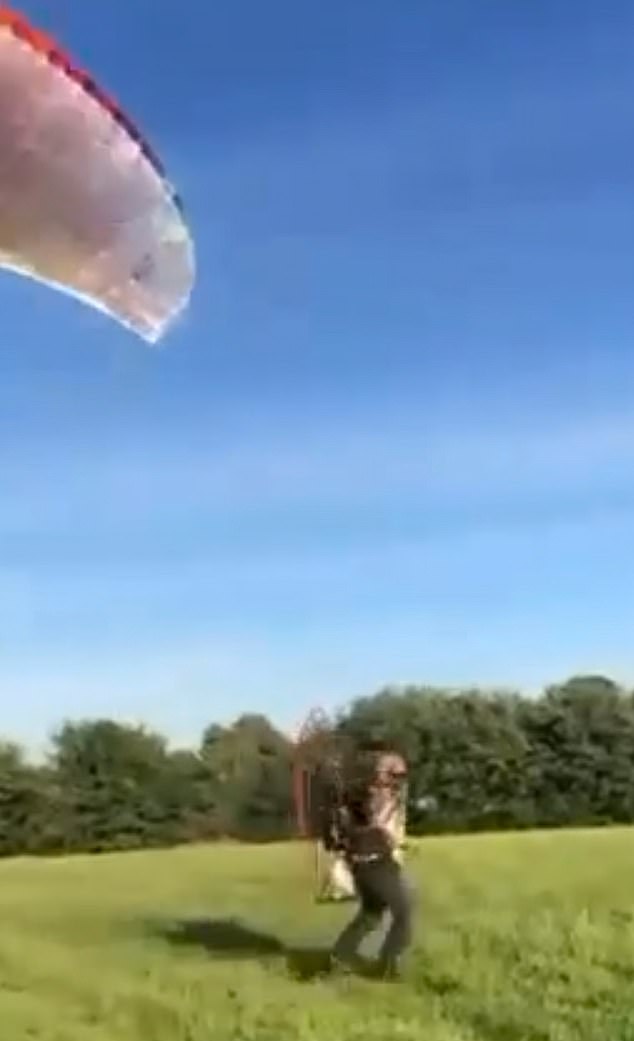 Shawn Crossfield, 54, can be seen in the footage taking off into the air shortly before he fell to his death 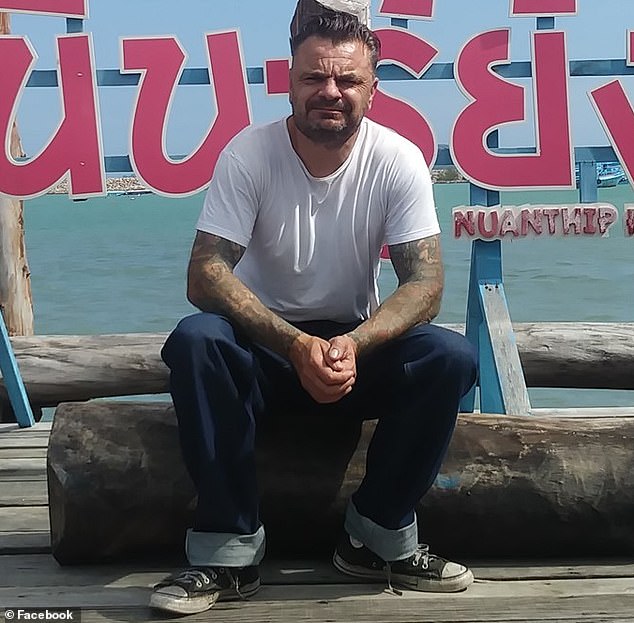 He fell to his death in an adjoining field – possibly while setting himself up to come into land when the wind suddenly changed direction. At the time of the crash, he was the only one in the air.

One eyewitness said: ‘He was flying alongside another pilot but they landed shortly before it happened. He was about to take back off and join him when he saw him go into a spiral and disappeared behind the trees.

‘He immediately ran over towards where he fell and told someone on the field to ring an ambulance before he even saw what happened.

‘We wont be able to determine how it happened until we get his wing back from an inspection.’

Friends said the dead man was a ‘born again’ paraglider who started flying 15 years ago but had taken a six-year break and only got back into the sport a year or so ago.

They believed his skills might have been slightly rusty and human error must have been to blame because flying conditions were perfect.

The group were returning home when tragedy struck around 7pm on Tuesday night. As emergency services raced to the scene, the victim was found fatally injured in a field.

The middle-aged man died in the wreckage of his glider despite frantic efforts by his friend, who had landed safely, and paramedics to revive him.

One source said: ‘It was two mates on a pleasure flight from Leeds city centre over countryside. They were returning home when disaster struck.

‘They were said to be flying pretty low. That meant when he got into difficulties, he didn’t have time to deploy the emergency chute.

‘Shortly before the accident he was said to have performed a manoeuvre that caused the lines to become twisted.

‘Sadly, he fell to his death seconds later as his horrified friend watched on helplessly. He told me “I looked back and saw him drop like a stone.”‘ 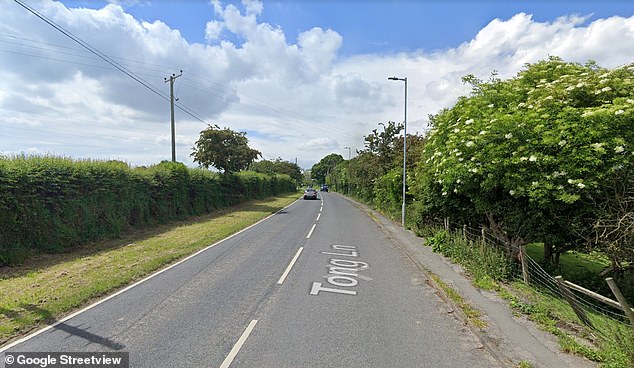 Air Ambulance medics arrived in a field off Tong Lane, close to Tong Garden Centre, to find a male, thought to be a middle aged man, fatally injured.

Investigations by West Yorkshire Police and Crime Scene Investigators were carried out at the location throughout the night, according to people who were there.

West Yorkshire Police said: ‘At 7.31pm yesterday (Tuesday), police received a request from the ambulance service to assist with an incident involving a paramotor which had crashed in Tong Lane, Bradford.

‘The male was sadly pronounced deceased at the scene.

‘Enquiries at the scene suggested there were no suspicious circumstances and a file has been prepared for the Coroner.

‘The British Hang Gliding and Paragliding Association will be leading the investigation into the matter.’