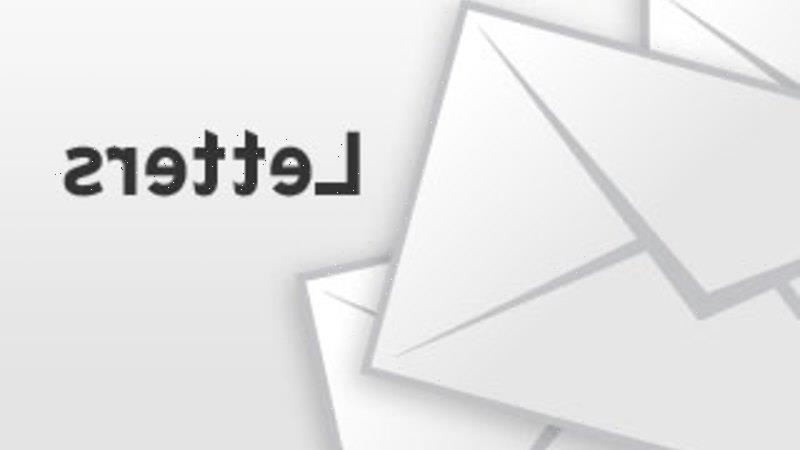 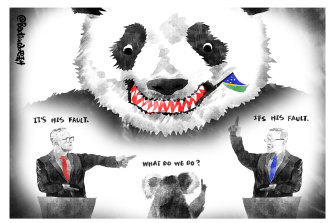 I could not agree more with Jon Faine (“GP formula for the ‘bogans’”, Opinion, The Sunday Age, 17/4) that the grand prix should relocate to Phillip Island. The disruption to Albert Park and its environs is unconscionable.

Victoria is moving to become carbon-neutral and the continuing operation of the GP in its present format beyond 2025 must not be considered. The only way I would in any way condone the GP at Albert Park would be for the race be conducted only with electric or hydrogen-powered cars.

This circus should be considered from 2025 onwards at any location in Victoria only if it is independently assessed as being a carbon-neutral event. This should include all the logistics required to set up the event as well as running the race.

Once Formula 1 was a scientific and technological proving ground to advance the motor industry. Let’s continue this by thinking of a future for automotive transport that does not require fossil fuels.
David Hassett, Blackburn

A deplorable decision
I had to read “Plea on jab mandate as truck drivers quit” (The Age, 22/4) twice to believe my eyes.

For years, public health advice has ruled our lives, now it can easily be ignored after all, with state Health Minister Martin Foley deciding vaccine mandates will remain despite the Chief Health Officer’s recommendation to end them. The hypocrisy is outrageous.

Denying people the right to earn a living is a big call that demands strong and clear justification, yet the minister won’t explain.

Perhaps he lacks the capacity to properly weigh the harm caused by vaccine mandates to unvaccinated people in this phase of the pandemic, where the general risk to the system is less than it used to be. Or, perhaps, he simply doesn’t care, and this was purely a punitive decision.

Either way, in what is supposed to be a liberal democracy, his decision is deplorable.
Lisa Corrigan, Mentone

Voters, take note
Among the climate policy details of some of the teal independents, is the creation of an independent statutory body to advise the government on climate policy initiatives. (“Zero sum game”, Insight, 23/4).

Such a body – the Climate Commission – was created under the Gillard Labor government with the support of the Greens in 2011. As soon as the Liberals came to power in 2013, they abolished it with then environment minister Greg Hunt celebrating the event with his exuberant parliamentary colleagues.
Voters wanting action on climate change should take heed.
Michael Hassett, Blackburn

‘Pair of fictions’, indeed
Peter Hartcher’s columns are compulsory reading. His two articles (“Libs spin in debts and dragons”, Comment, 23/4, and “Leaders should hang their heads in shame”, Comment, 21/4) provide an insightful analysis into the so-called economic and national security credentials of the government. He describes the claims of those who seek to remain in charge without the smoke and mirrors and marketing spin. He refers to the massive, climbing debt (as a percentage of GDP) as not all being due to the pandemic, together with the Solomon Islands debacle (that on Anzac Day would have the soldiers who fought in the Pacific turn in their graves).

The claims of being superior economic and security managers are indeed, as Hartcher writes, “a pair of fictions”.
Julie Chandler, Blairgowrie

Path to catastrophe
Your editorial (“Climate gulf between politics and science”, The Age, 23/4) paints a rather depressing picture for the future after May 21.

As an earth scientist with a special interest in climate change, I recognise that in present policy settings, Australia’s path on climate action is a path to catastrophe, if not oblivion.

The only hope is that a new Labor government, having lowered its lofty pre-election ambitions to avoid frightening the horses, will change course with more courageous climate policies. These include an end to the $11.6 billion annual subsidy for the fossil-fuel industry, and allowing the energy and broader markets have their way to abandon the fuel of the Industrial Revolution.

The era of coal is long gone, but the present federal government fails to acknowledge, or even see, this obvious truth.
Douglas Mackenzie, Deakin, ACT

Restoring my faith
Rob Baillieu has recognised political parties remain centralised power-based hierarchies that at best flirt with democracy (“Why I’ve given Libs the flick”, Comment, 23/4).

It is refreshing to see the next generation rejecting this model and being motivated by solutions. It restores faith in a better future.
Joan Segrave, Healesville

A distressing read
I read the letters from Elizabeth Manning and Elisabeth Appelgren-McIntyre (The Age, 23/4) with distress. I want my taxes to properly fund the NDIS for all the services people need.

What sort of a world are we living in where the Harvey Normans get millions thrown at them in JobKeeper (with no obligations to repay monies found not to be required) while over-burdened families have to fight, gather reports, and make appeals to try to claw back some of the basic entitlements their loved ones have already proved were necessary?

Manning is right: this Coalition government is a poor economic manager. And it leaves our most vulnerable to fend for themselves. It has to go.
Carole Meade, Kyneton