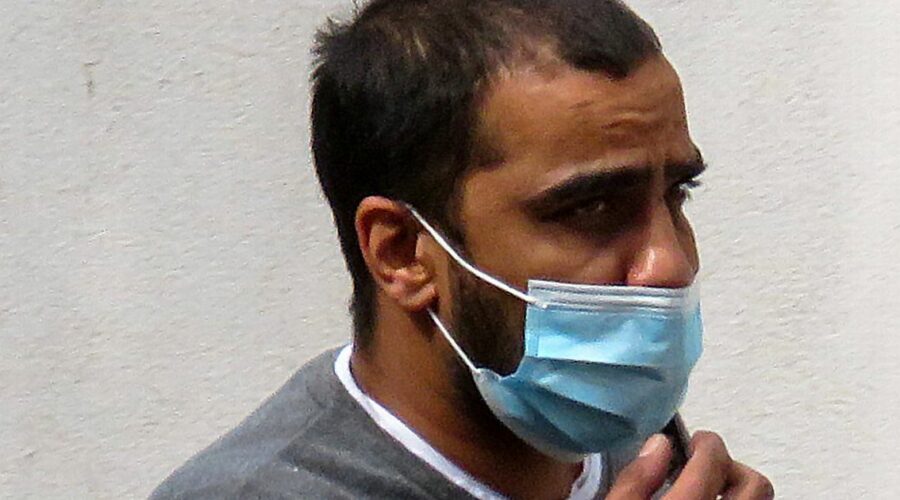 A pervert who chased a terrified woman on a late night train before sexually assaulting her has been jailed and banned from sitting near lone female passengers in future.

Rajiv Banger, 35, harassed the victim who was on her way home following a night out with work colleagues. The woman was so rattled by the incident that she didn't use public transport for eight months afterwards.

When she took her seat on the train at New Street station in Birmingham, last February, he watched her from the platform before banging on her window.

He then got into the same carriage and when she got up to move to a different seat, Banger followed her.

Banger pursued the woman as she desperately tried to escape before groping her in a deserted carriage.

She managed to raise the alarm with the driver who alerted police and Banger was arrested when the train stopped in Coventry.

Banger, of Sparkbrook, Birmingham, admitted sexual assault and was jailed for 20 months and ordered to sign the sex offenders' register for ten years at Warwick Crown Court.

He was also banned from being in a carriage with lone female passengers or sitting near any women who are travelling alone.

The court heard of the woman's terrifying ordeal, where Banger constantly badgered her and the woman had to be protected by other passengers.

Sentencing him on Friday, Judge Anthony Potter said: "This was not a brief incident, it was a protracted piece of behaviour by you.

"You followed her from one carriage to another, you deliberately approached her and you pressed your finger onto her vagina over her clothing, and you then followed her again."

The judge referenced his past behaviour towards women and said Banger was responsible for her fear of using public transport afterwards.

"And you must accept the punishment that flows from that sustained impact," he said. "The only sentence there can be is one of immediate imprisonment."

The court heard Banger targeted the woman after spotting her board the train just after midnight on February 25 last year.

David Jackson, prosecuting, said the woman initially moved away from Banger because she felt uncomfortable.

"But he then walked through that carriage five or six times over the next 10-15 minutes until he returned to where she was and stood next to her and asked how she was.

"She felt nervous, but tried to keep calm and said 'OK, thank you.' He again walked up and down, and then returned and sat next to her.

"He then moved to sit opposite her and was staring at her in a way which made her feel nervous.

"He then leaned forward and put his hand on her knee over her jeans, and then moved his hand up her thigh, and it came to rest with his thumb pressing onto her genitals.

"She felt horrified and stood up and walked away and sought help from other passengers, and they banged on the cab door to attract the attention of the driver."

The driver stopped the train at Berkswell to speak to them and, after asking his control to contact British Transport Police, continued the journey.

The other passengers got off three stops before Coventry, but Banger then returned to confront the woman as she sat on her own.

The woman fled through the carriages until she found some other late night passengers who stayed with her until the train stopped and Banger was arrested.

Seamran Sidhu, defending, said: "The defendant says how appalled he is at his actions."