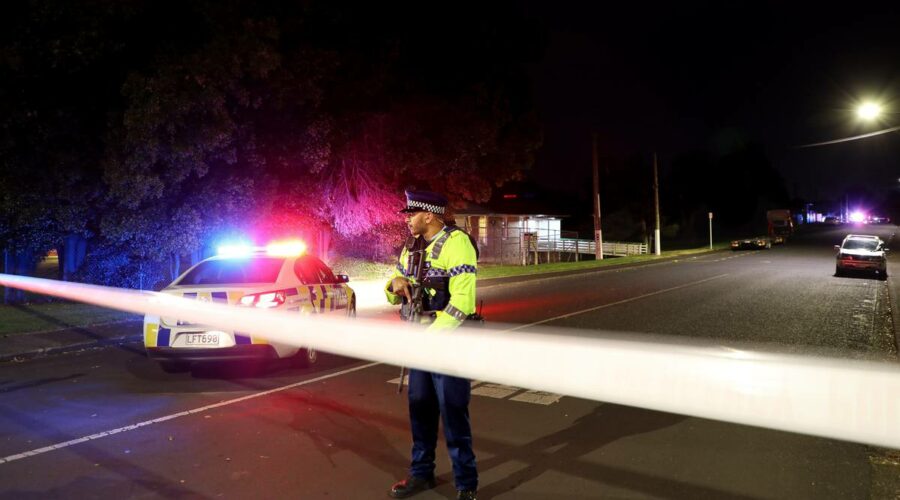 A person is understood to have been shot – and an Auckland street is cordoned off – following a firearms incident early on Sunday.

Police are investigating the incident in Beatty St, Otahuhu, with armed officers on the scene.

And two people are in hospital with critical and serious injuries after separate, violent incidents in the Auckland CBD.

The status of the injured person in Otahuhu is unknown at this stage, with police saying they will be releasing a statement shortly.

Police have blocked the road since about 3am this morning.

A longtime resident of Beatty St, Rod Shaw, said there was a cordon at either end of Beatty St and police were focused on one house on the northern side of the street at the Baldwin St end.

“I have seen a detective car come down the street. It could be forensics,” he said.

Shaw said he did not hear a thing during the night, saying as a resident of 49 years there had been few problems in the street.

The shooting comes amid a night of violence in Auckland.

A person was assaulted on Customs Street West about 11.45pm, and taken to hospital with serious injuries.

Then at around 3.15am police were called after a fight broke out on Wyndham St. There are unconfirmed reports of a person having their head stomped.

“One person was taken to hospital with critical injuries, police are following lines of inquiry,” a police spokeswoman said.

Police said in March that there has been a spike in violence in the central city – some provoked and some gang-related – and hotspots include the Viaduct, around Fort St and Karangahape Rd.

Inspector Scott Gemmell said at the time a lot of it was “fuelled by alcohol”.