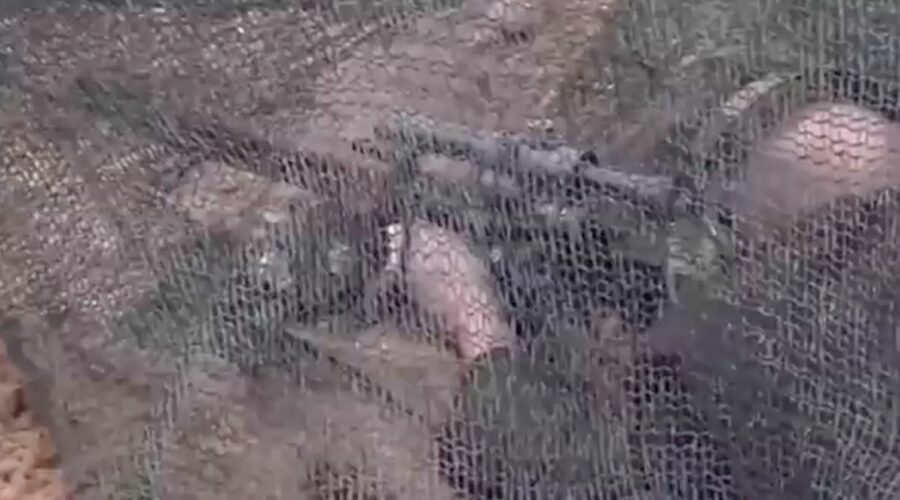 Vladimir Putin tested a sniper rifle as he met with Russian troops today at a training ground prepping soldiers for conflict in Ukraine.

The power-hungry dictator held the deadly weapon at the facility in the Ryazan region today, October 20.

The despot fired the SVD, a semi-automatic marksman rifle developed in the Soviet Union as "a show of strength," according to the Sun.

READ MORE: Man took his own life over 'failed hair transplant' believing scars would be 'mocked'

Putin, dressed in a smart winter coat, put on protective goggles and headphones, lay on the ground and fired the 7.62-millimeter Russian Dragunov sniper rifle, according to footage broadcast on public television.

The hard man president inspected the co-ordination of the combat units and the preparation of the mobilized personnel in the region, around 124 miles southeast of Moscow.

The president also visited a multipurpose shooting complex, where mobilised soldiers practice, directed by their commanders and instructors.

Putin announced a nationwide military call-up in late September to prop up his army in Ukraine. The president plans to mobilise 300,000 conscripts.

But the conscription has not gone to plan so far, with troops being plunged into conflict without "guns, clothes or shoes", according to an observer.

Several soldiers spoke about travelling to Ukraine after just 11 days since their mobilisation and when one soldier was asked about his shooting practice, he said: "Once. Three magazines".

An unnamed observer witnessed newly-scripted soldiers in central Russia and said they had: "No machine guns, nothing, no clothes, no shoes. Half of them are hungover, old, at risk, the ambulance should be on duty."

The Ministry of Defense assured today that each soldier will use at least 600 bullets and five grenades during training.

But reports stated that it was in fact the relatives of the freshly drafted soldiers who were providing valuable resources to the recruits such as boots, berets, bulletproof vests, backpacks, sleeping bags, camping mats, medicine, bandages and food.

A woman named Elena said : "This is not how it's done, we buy everything."

William Alberque, a specialist in the Russian armed forces said: "They are giving them, at best, basics and, at worst, nothing and throwing them into combat, which suggests that these guys are just literally cannon fodder."