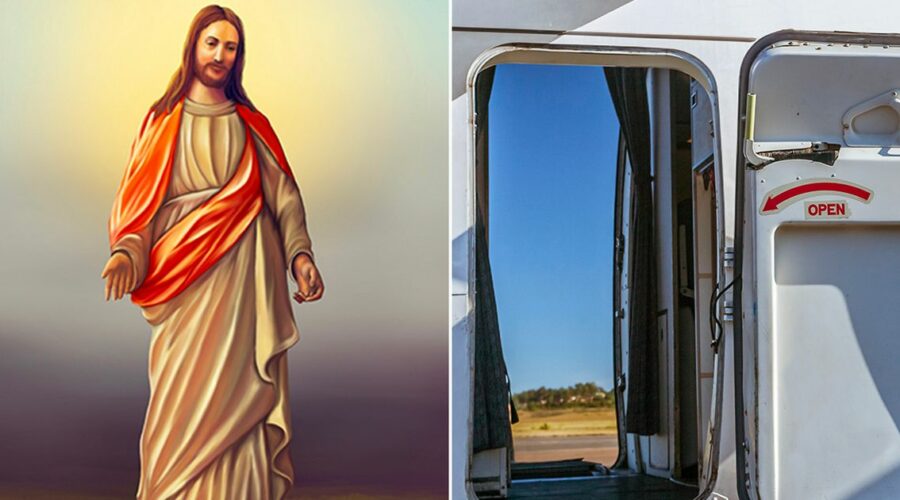 An “unruly” woman passenger who was arrested on Saturday after causing a disruption on a Southwest Airlines plane from Houston, Texas to Columbus in Ohio claimed that “Jesus told her to open the plane door,” at 37,000 feet.

Documents released by the US District Court for the Eastern District of Arkansas say the 34-year-old woman left her seat in mid flight and made her way to the back of the plane where she “stared” at the exit door.

After one of the flight attendants asked her to return to her seat, she then said that she wanted to look out of the window.

When she was again asked to sit down she pushed past the flight attendant and started trying to open the plane’s rear door in an attempt to open the door.

One passenger, who overheard panicked aircrew saying “she’s trying to open the door,” went to help them detain the woman, and succeeded in wrestling her to the ground.

But as they did so, the woman bit him on the thigh, refusing to let go.

An arrest report says that the woman continued to bite the victim until the victim “worked their fingers up to (her) jawline in an attempt to have (her) release the bite, which she eventually did.”

After her arrest, the woman told investigators that she had planned to visit a family friend who was a pastor in Maryland.

She had left her home without packing any bags, and hadn’t told her husband that she was leaving. She added that she hadn’t flown on a plane “in a long time” and couldn’t remember exactly the last time she had been on an aircraft.

She said she suffered from anxiety and “became very anxious and normally would not have done those things.”

She also said that she had been having trouble breathing and decided to get up from her seat. She admitted that she remembered trying to open the door and biting the other passenger.

The man who was bitten has himself suffered PTSD and anxiety since the incident, and reportedly contacted a military veterans’ hotline for help. He had also been given antibiotics and given an injection to prevent hepatitis.