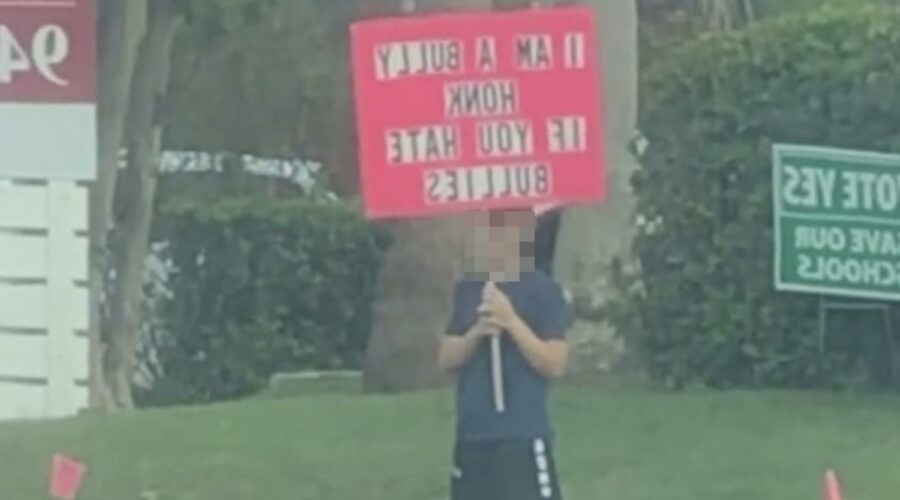 A VIRAL video of a young boy apparently being punished by holding a large neon sign saying “I am a bully. Honk if you hate bullies” has ignited fierce debate.

In the footage, adults can be seen supervising nearby as the boy stands facing the road with the sign. 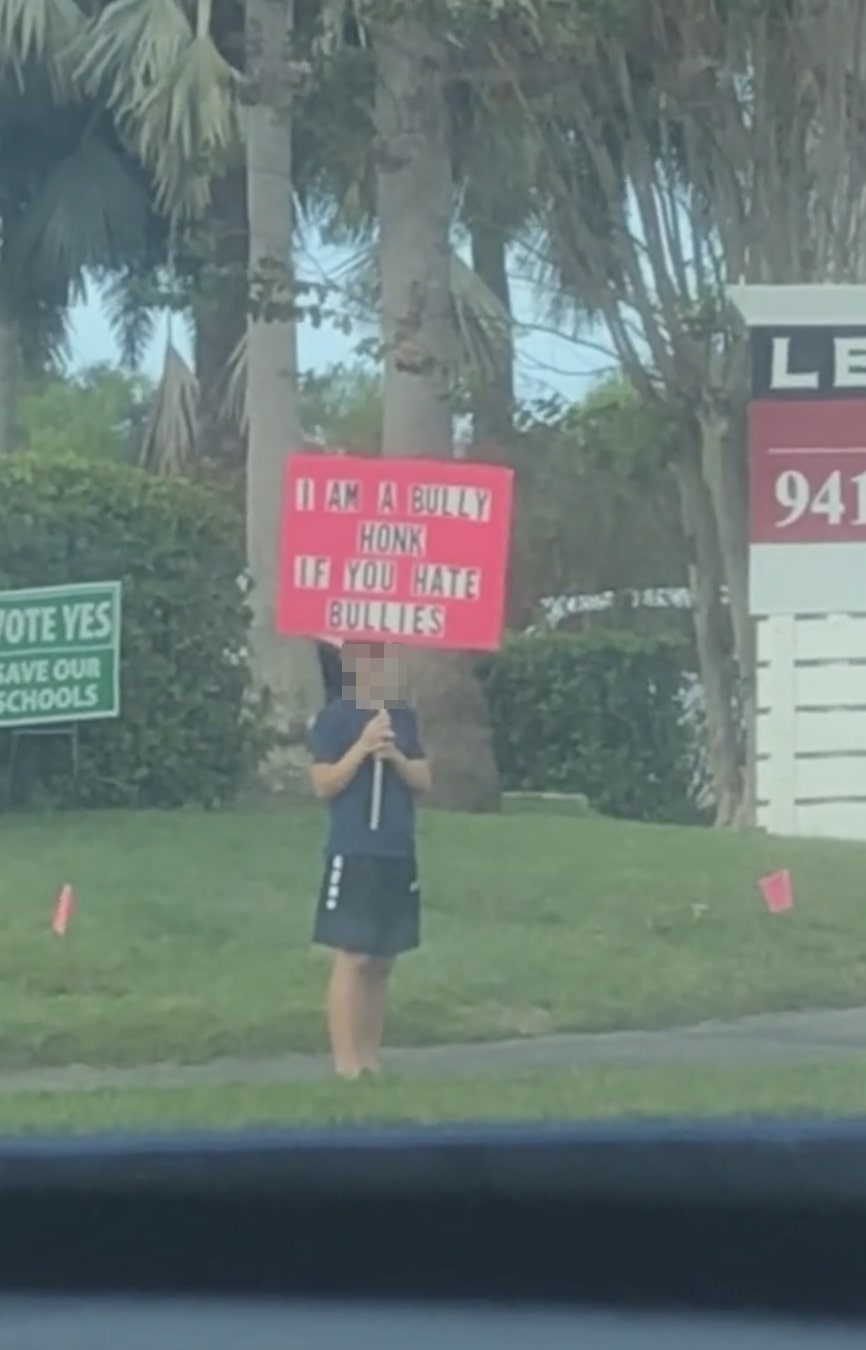 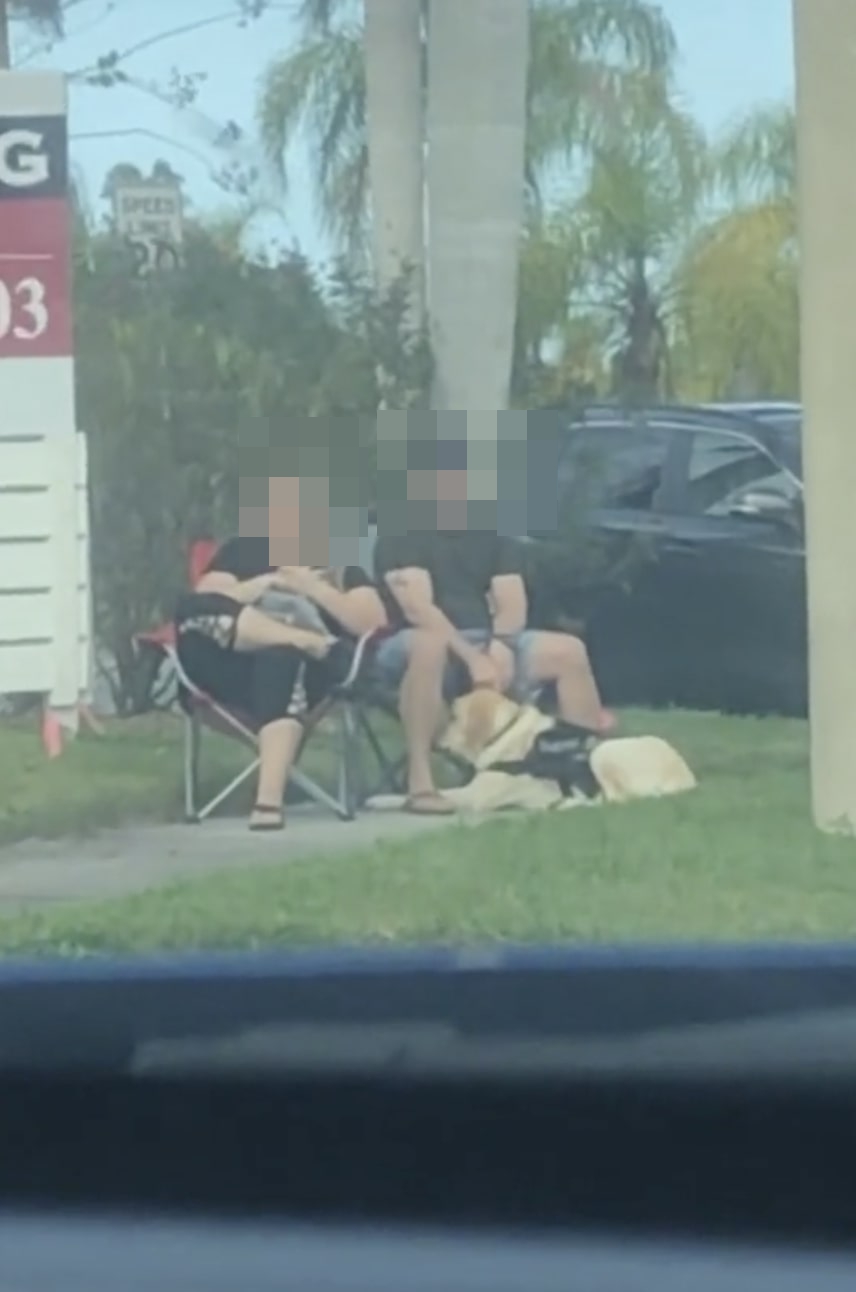 The video uploaded to TikTok was filmed in southwestern Florida and appears to show a young boy standing on the side of a busy road with a large sign that reads “I am a bully. Honk if you hate bullies”.

The youngster, who seems to be being punished for bullying another child, is seen standing in a grassy area, holding up a neon sign fixed to a piece of wood.

The sign's message is in all caps and is very visible to cars on the road.

The boy appears unhappy and uses the sign to cover part of his face.

Several feet away, what appears to be his parents can be seen sitting in outdoor lounge chairs, looking unbothered.

It is not clear whether the video was a real punishment or a stunt, but in any case, those who watched it were split on whether it was too mean or an appropriate penalty.

Euro 96 star looks unrecognisable 25 years on from playing days – who is it?

Some reacted in support of the mom and dad for teaching the boy a lesson.

But others said it was “mean” and “foul” with some pointing out the parents were acting as bullies themselves.

One said: “Humiliating children is traumatic.”

Another said: “Well we see where he gets it from.”

However those praising the parents, called the move “a great way to handle” bullying.

One of them said: That's parenting,' wrote another. 'Discipline, embarrassment to make them never do it again.

Another said: “You think the kid that got bullied isn't embarrassed every day at school? He got a taste of his own medicine.”

23/12/2021 World News Comments Off on 'Parents' divide opinion by making young son stand by road & hold sign saying 'I am a bully. Honk if you hate bullies'
Markets