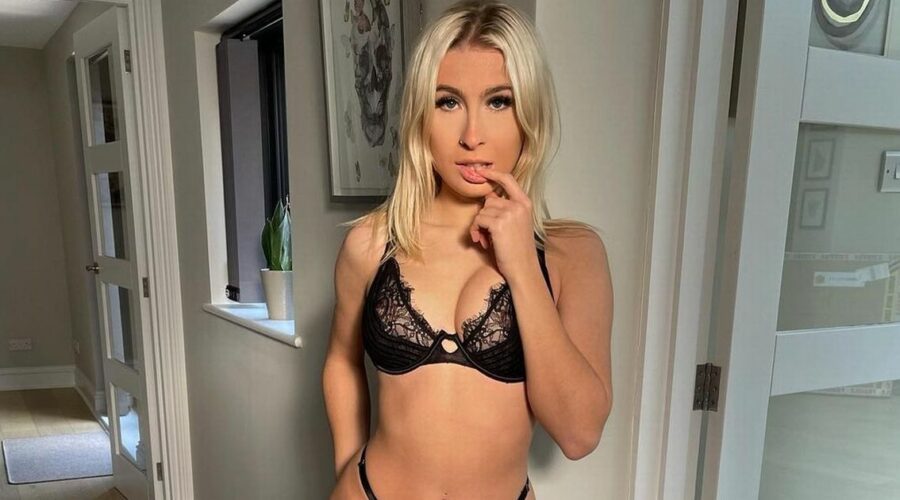 OnlyFans model Astrid Wett has revealed she's set to get in the boxing ring soon, ahead of her arch-rival Elle Brooke's bout this weekend.

The two enemy TikTokers were supposed to be facing off on Saturday (July 16) at the Indigo in London's O2 Arena, but Astrid pulled out of the fight last month.

She cited an array of reasons including Elle's threats to "kill" her in the ring, no drug testing and a bizarre press conference that saw the pair come to blows.

Elle called her "naïve" and a "p*ssy" in response, and is now set to fight Love Island star AJ Bunker this weekend instead.

However, despite the original event moving on as planned, Astrid has still been working hard in the gym.

Now she's confirmed that she'll "definitely" be stepping into the ring at some point soon.

Addressing her 234,000 Instagram followers on her Story yesterday (July 12) she said: "I just wanted to fill you guys in because I'm still training.

"Obviously not for the fight that is this Saturday – but I am definitely fighting this year."

Previously, she said that any potential future fight would be more spectacular than the one she had arranged with Elle.

"I know my comments are going to be littered with 'you bottled it', etcetera, but I'm expecting it.

"I'm working on an even bigger and better fight date right now, and I think you guys are going to be so excited with what's coming up. Watch this space."

Elle has also been continuing to train ahead of her fight, now with AJ.

Speaking exclusively to the Daily Star yesterday she said: “Despite the change of opponent, nothing's changed tactically in how I've trained – my eating and everything like that has been the same, despite the three week gap without an opponent when I wasn't necessarily motivated to keep trying as hard as I can or dieting.

“That was a dark period of my journey, where I was kind of lost and essentially I didn't have a goal, so I found it really difficult to stay motivated.”